Home » Here’s how to watch the Masters.

Here’s how to watch the Masters. 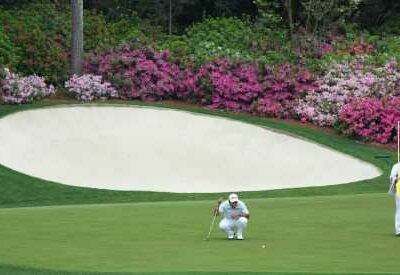 Coverage of the Masters Tournament is split across a number of television networks, streaming platforms and websites, making it confusing to understand how to watch. The good news is that there are a number of viewing options, some of them free, for golf fans.

Here is how you can catch Sunday’s final round.

The traditional television coverage of the tournament’s final round, which will culminate with somebody donning a green jacket, can be seen on CBS from 2 to 7 p.m. Eastern time. That coverage will be simulcast in the CBS Sports app and on the Paramount+ streaming service.

Groups begin teeing off in the morning, however, and you can start watching the Masters with your coffee. On the Masters livestream there are four different “channels” to watch:

These options all begin and end at different times, depending on when the first golfers reach the different holes, but the featured groups channel kicks things off at 10:25 a.m. Eastern. The featured groups are Paul Casey and Billy Horschel (10:30 a.m.), Bryson DeChambeau and Harris English (11 a.m.), Justin Spieth and Brian Harman (2:10 p.m.) and Justin Rose and Marc Leishman (2:30 p.m.).

You can watch the Masters livestream in a number of different places. ESPN+, Paramount+, the CBS Sports app, CBSSports.com and Masters.com all carry it.

If you are more interested in analysis from talking heads and footage of golfers practicing before their tee times, the Golf Channel is live from the Masters both before and after the main coverage on CBS. If you miss the final round, encore coverage begins almost immediately, at 8 p.m. Eastern on the CBS Sports Network.