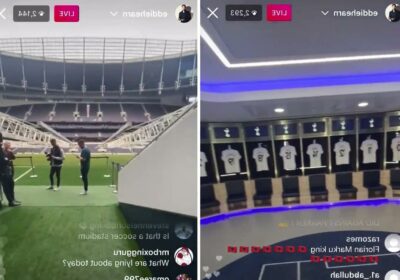 AJ will defend his WBA, IBF and WBO titles against mandatory challenger Usyk on Saturday in front of a sell out crowd of over 70,000. 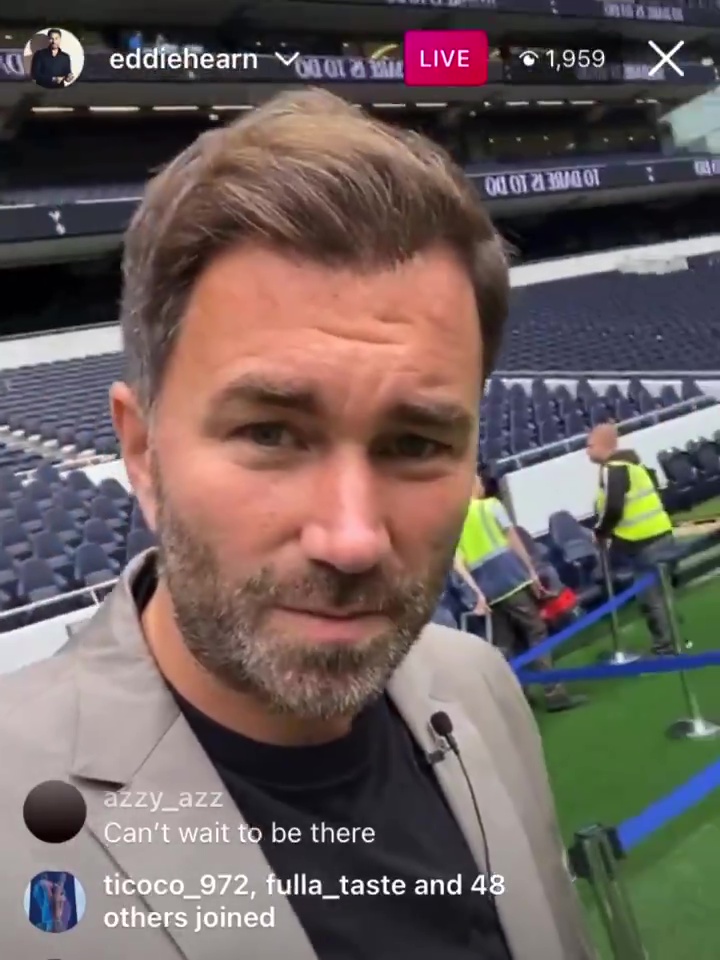 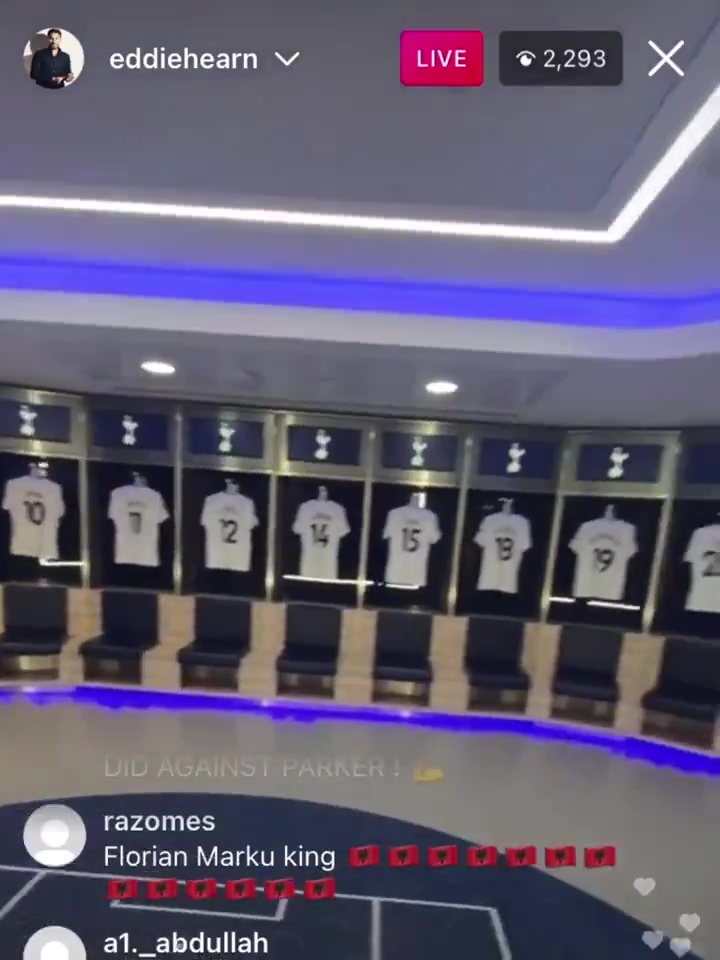 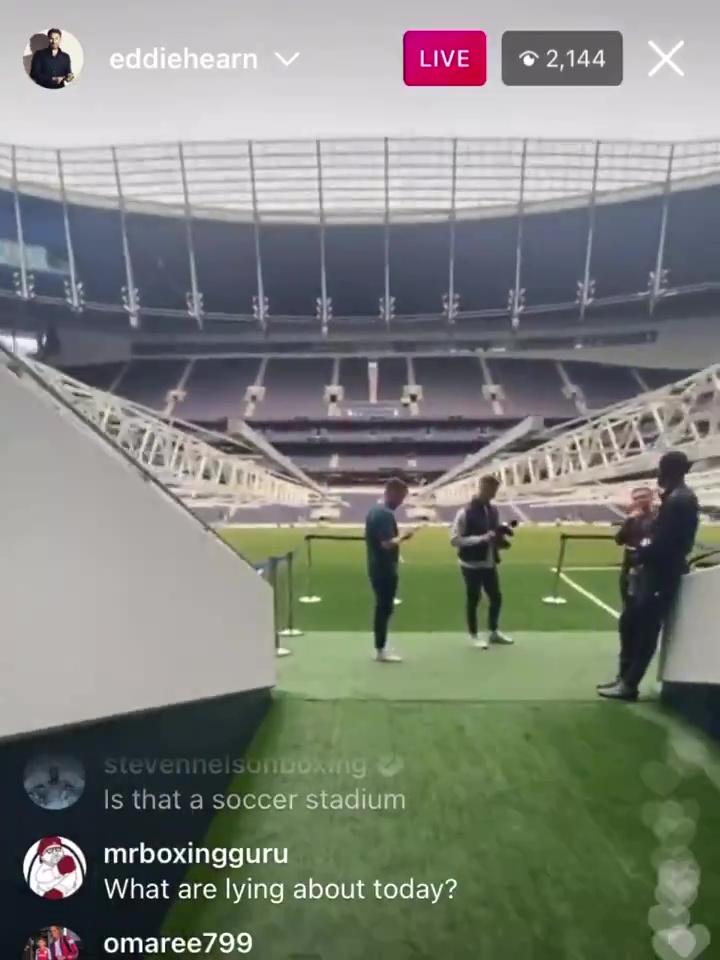 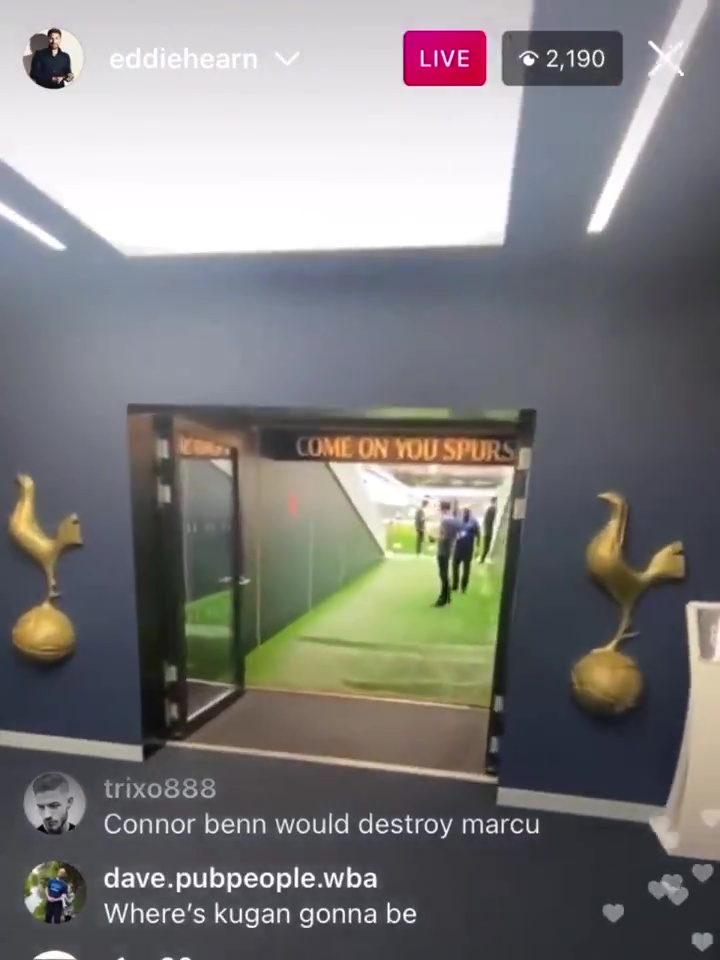 And promoter Hearn gave a glimpse of where AJ will warm up, in Spurs' home dressing room, and how both boxers will make their ring walks.

He said on Instagram Live: "Thought I'd just come on, just to get youa little bit excited what's to go down on Saturday night.

"The world, the unified world heavyweight championship, AJ against Usyk, here at the unbelievable Tottenham stadium."

Hearn then headed into Spurs' home dressing room, where the players shirts are still hung up.

He added: "In here, the final preparations before it all unfolds before your eyes on Saturday.

Joshua has before sold out Wembley Stadium with 90,000 fans and 80,000 at Cardiff's Principality.

He was due to debut at Spurs' new home last summer against Kubrat Pulev, 40, until the coronavirus pandemic KO'd the occasion.

Instead, he ended up beating Pulev in front of just 1,000 fans at Wembley Arena in December, his last fight.

But with sell-out capacities back, AJ fancies another tear-up for the ages following his 2017 classic with Wladimir Klitschko, now 45.

Joshua, 31, said: “For me it was just a good time, a good fight. Will we top that? Maybe. Let’s see if Usyk wants to go down that route.

“As you saw with the Ruiz fight, even though it was a tough night I just kept getting up.

“I’ll always get up on my feet and try to fight. I’ll always give you entertaining nights.” 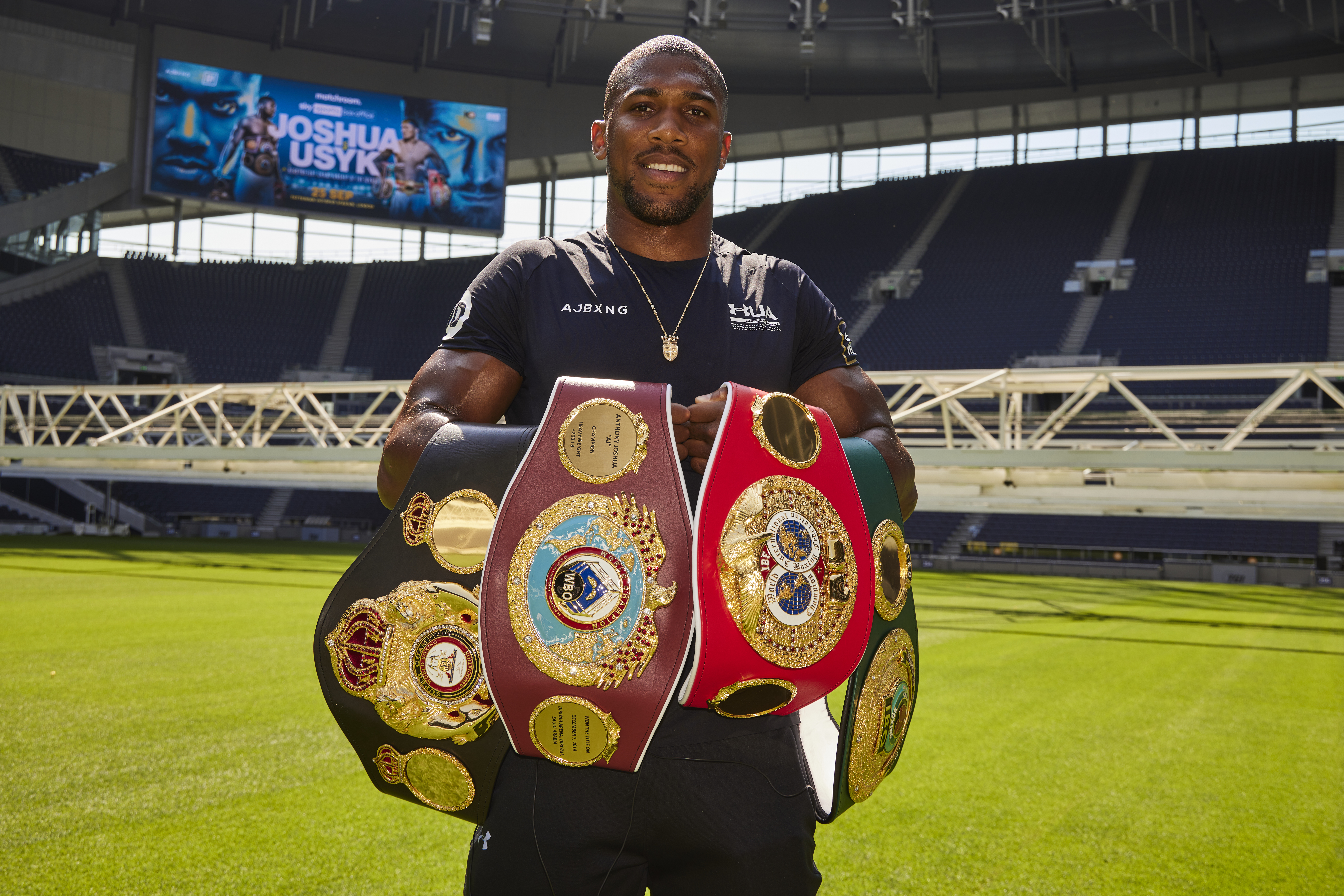 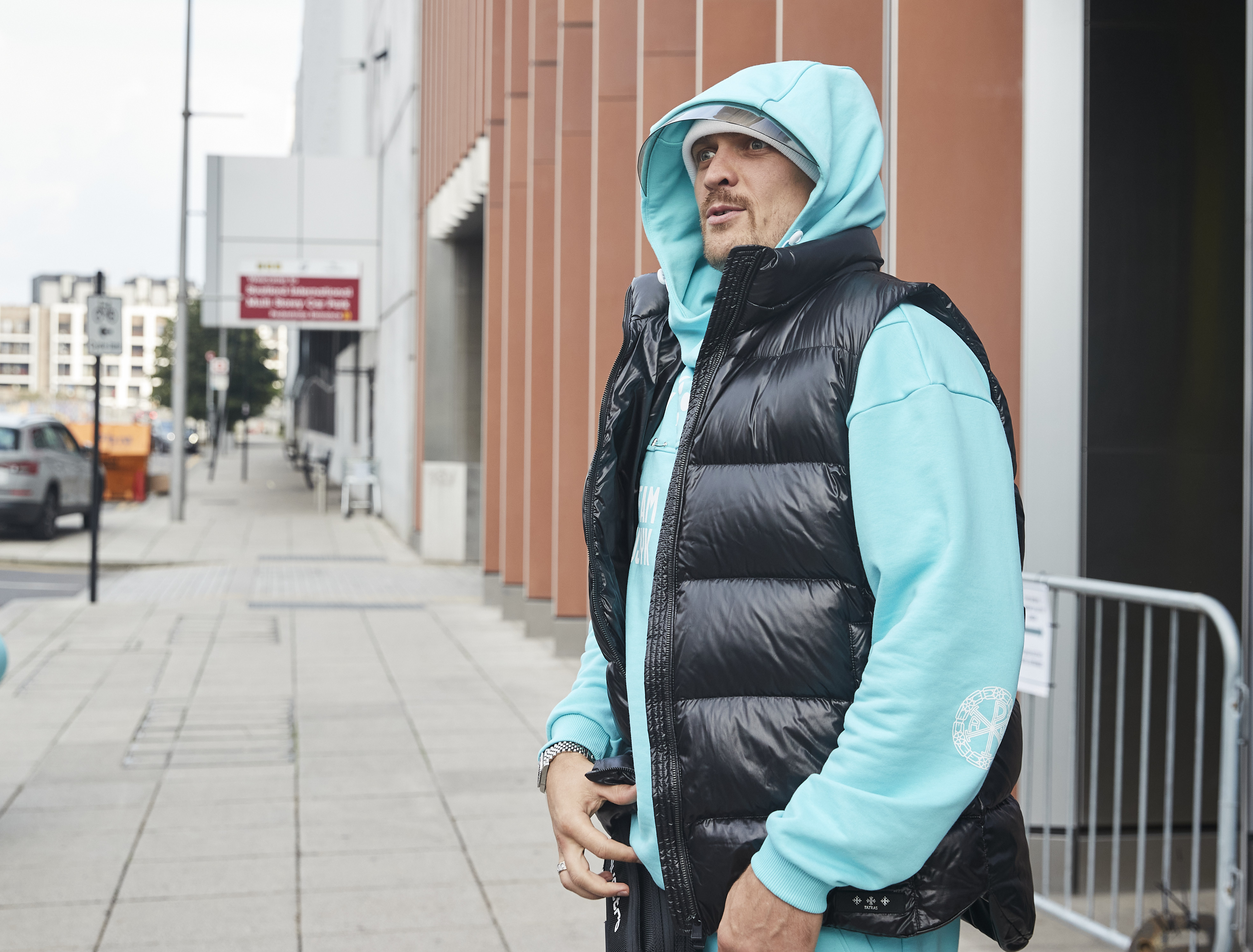