THERE are top races whichever way you look at Haydock on Saturday.

We've had an in-depth look through the card, with the Grade 2 Peter Marsh Chase the feature event. 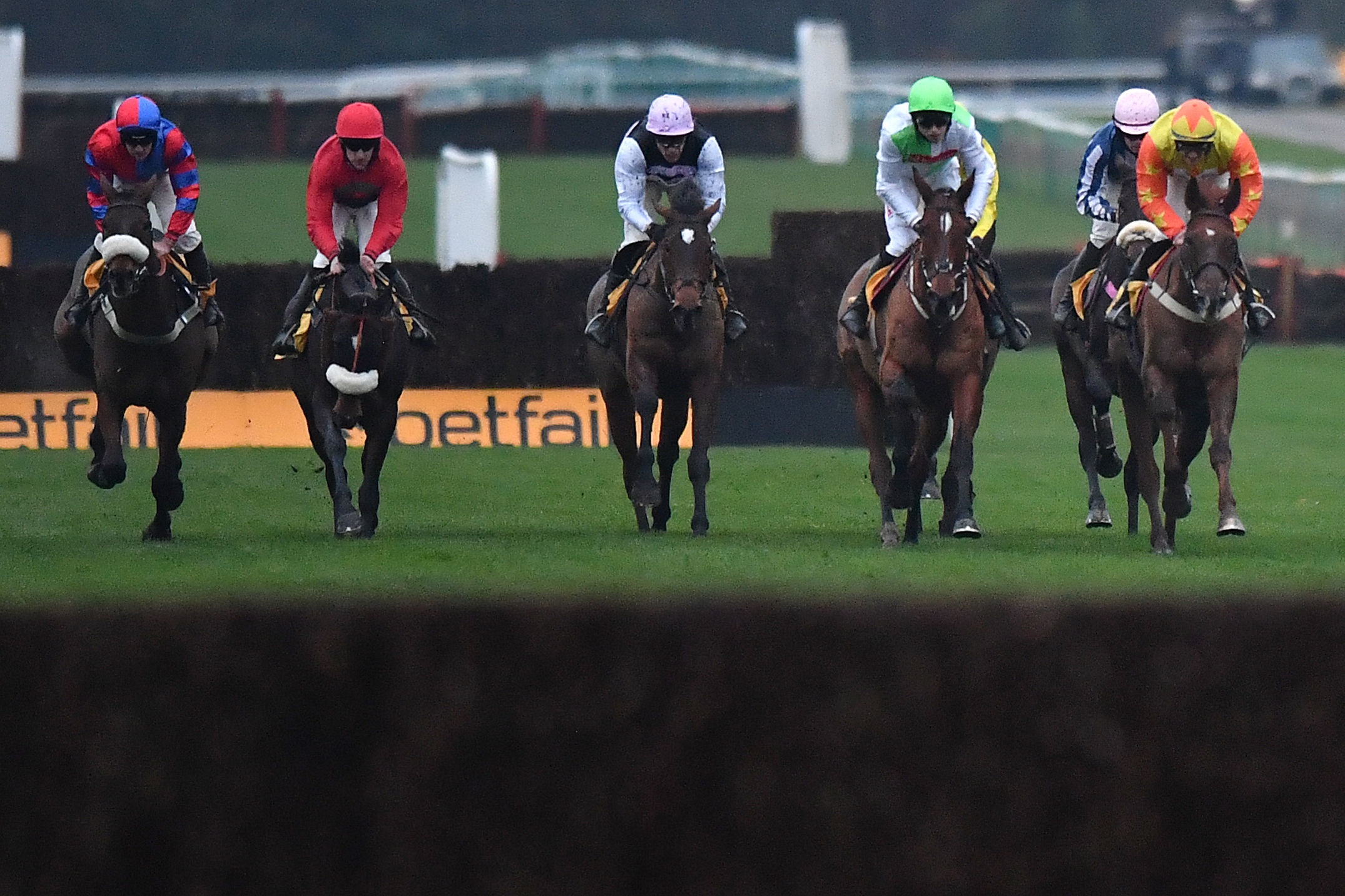 Much will depend on LE LIGERIEN'S participation after he romped to victory at Newbury on Wednesday.

He looks chucked in under his penalty and top conditional Ben Jones takes a handy 5lb off his back.

If he does line up he will be hard to beat, with Bonne Question likely to chase him home.

He was a good second on testing ground at Lingfield last time and is preferred for the forecast to Wetherby winner Flamboyant Joyaux.

The drop back from 3m should do the trick for classy chaser WINDSOR AVENUE.

He lost his unbeaten record over fences when second to dour stayer Sam Spinner at Doncaster last month.

He had previously recorded emphatic victories at Sedgefield and Carlisle, and he is strongly-fancied to regain the winning thread now back over 2m4f.

The main threat is undoubtedly Sam Brown, who is very lightly-raced for an eight-year-old.

He made a faultless start to his chasing career at Lingfield, and for all this is tougher he very much falls into the 'could be anything' category.

Knight In Dubai and Joke Dancer are both talented horses, but they may come up a shade short here.

A classy but trappy little contest, with just 2lb separating the runners on official ratings.

He wore down a smart type at Aintree when last sighted and he is clearly an exciting prospect, but there is a nagging doubt about him coping with the forecast heavy ground.

Thebannerkingrebel galloped on relentlessly to win a Listed contest here 56 days ago. He jumped untidily on occasions, and for all he has bundles of ability a 5lb penalty makes life tough.

Snookered is a massive price on the back of one bad run and he wouldn't be out of it if getting his jumping back together (his hurdling fell apart at Musselburgh).

But narrow preference is for STOLEN SILVER for the Twiston-Davies team.

He pushed a nice sort of Nicky Henderson's close at Cheltenham last time and he won pulling a train on bottomless ground at Ffos Las prior to that.

Mud-lover MIDNIGHT TUNE can cap a golden run of form for the Anthony Honeyball yard.

She impressed when coasting home over 3m at Uttoxeter and showed her versatility to win over an inadequate 2m1f at Exeter last time out.

The step back up in trip is a plus and she looks well-treated off 134.

Acting Lass was just touched off when second in a big Listed Handicap at Ascot last month.

He is 3lb higher but is clearly in good heart and is feared most, with the likely gruelling conditions fine.

Top-weight Definitly Red is the class horse in the field, but age is perhaps catching up with him, for all he ran a perfectly respectable race in the Becher at Aintree.

Sue Smith has a good record in this race, and her Vintage Clouds didn't shape too badly when third (albeit beaten 20 lengths) under similar conditions in the Tommy Whittle.

Triumph Hurdle hero Pentland Hills shaped with a fair amount of promise when fifth on his comeback in the International Hurdle.

But he wouldn't be the first to find life tough the year after his juvenile campaign, and he looks short enough given he faces some high-class older horses on far-from-ideal ground.

Cornerstone Lad claimed the scalp of Buveur D'Air in the Fighting Fifth at Newcastle in November and the ground has come right for him.

He will pose a massive danger if let loose on the lead, while Ballyandy has been a revelation so far this winter and the fact he stays further than two-miles is a big plus, given this will take some getting.

But it could pay to side with DARASSO for Joseph O'Brien, whose runners command the utmost respect wherever they go.

He has been off the track for 309 days, but he was a very impressive winner of the Red Mills Trial Hurdle at Gowran before lowering the colours of subsequent Topham winner Cadmium switched to fences in the Grade 2 Webster Cup.

The seven-year-old clearly has a big engine and will appreciate getting his toe in.

MURATELLO caught the eye when fifth in a strong novice handicap at Kempton on Boxing Day.

He travelled strongly into contention before getting tired, so he will be much happier back over 2m with the likely strong pace expected to suit.

Zizaneur looked set to hose up at Taunton last time before unseating his rider at the third last. He looks well-treated at present.

Billingsley won decisively at Hereford and he enters calculations, as does the steadily progressive Le Coeur Net.

WOULDUADAMANDEVEIT caught the eye when fifth at Warwick last time.

He was doing all of his best work late over 2m3f so he should relish the longer trip, and he remains well-treated on some of his bumper form.

High-class staying chaser Takingrisks could be chucked in on his return to hurdling, and if this becomes a thorough test he poses a big threat to all.

Imperial Knight switches back to the smaller obstacles following an unconvincing chase debut and a mark of 124 could underestimate him.

Dr Des eased to a comfortable success at Uttoxeter and is the pick of the remainder.