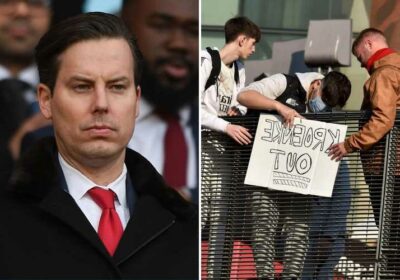 ARSENAL director Josh Kroenke WILL appear at an online fans' forum this afternoon. 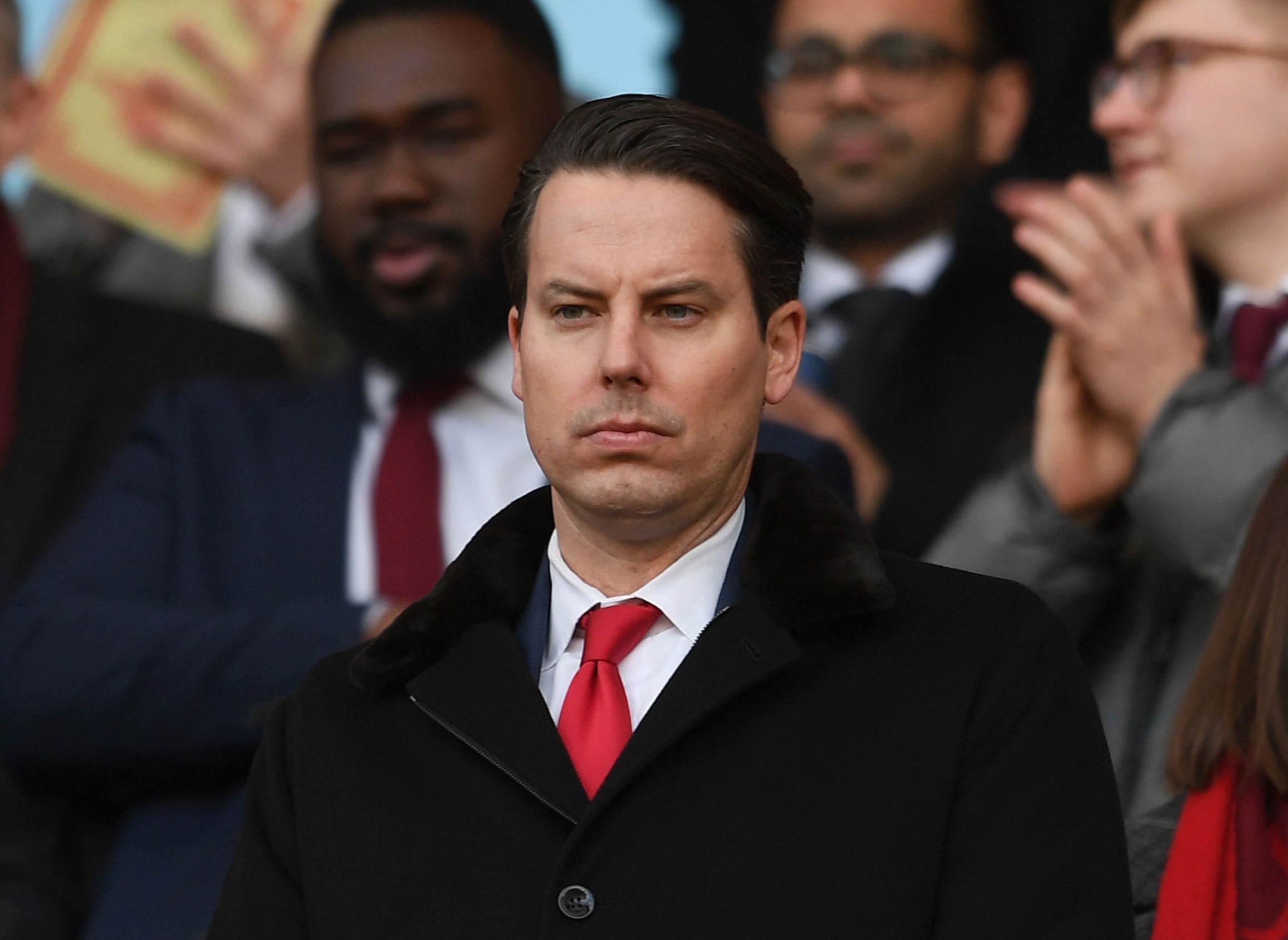 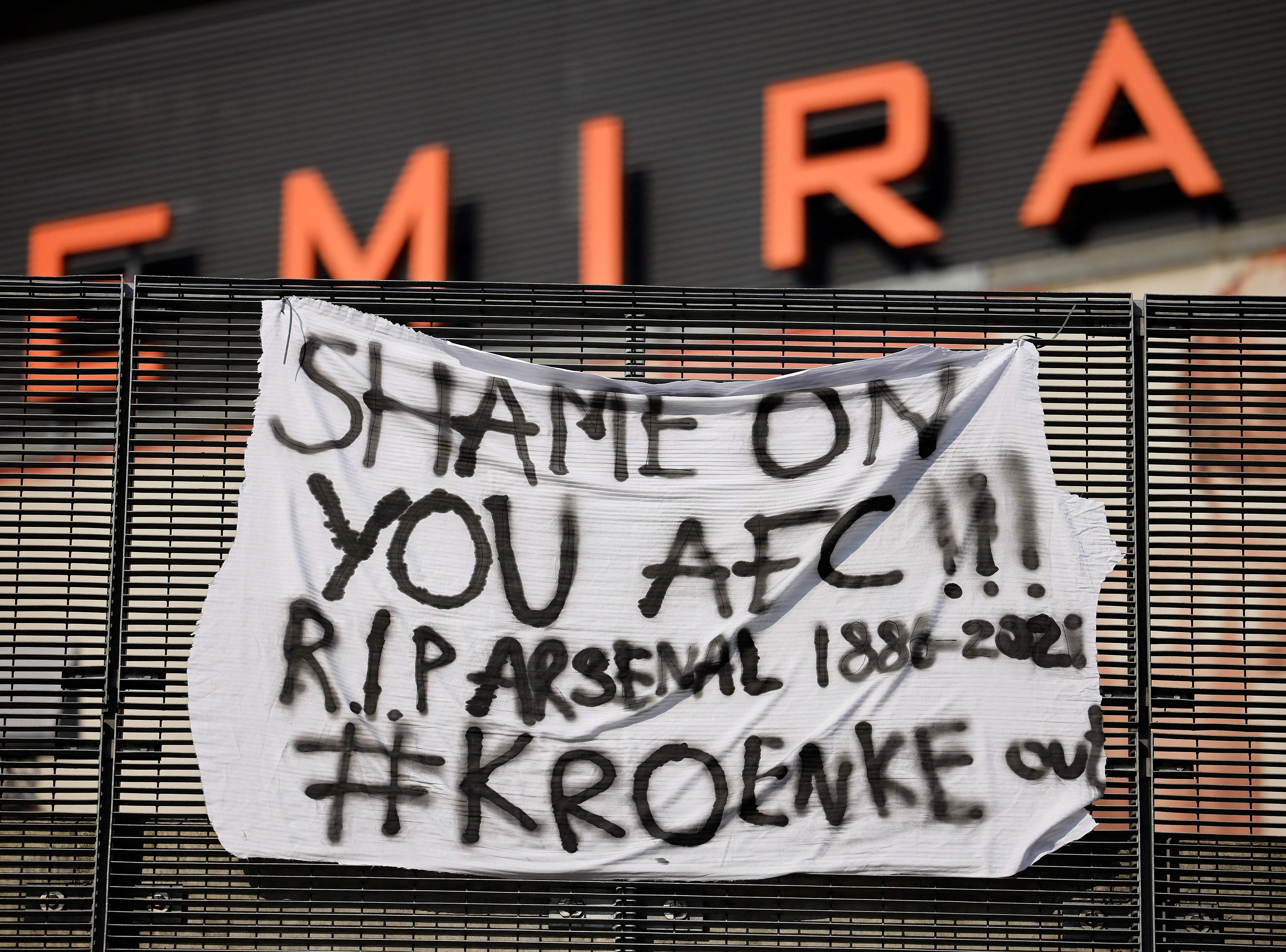 Following passionate protests, the ESL crumbled, but supporters are still demanding answers from those in charge.

The Arsenal Supporters' Trust demanded that Kroenke or his father Stan be present at the fans' forum, as it was they who signed off on Tuesday's 'apology'.

They tweeted: "Yesterday the AST along with most supporter forum members sent the following to Arsenal: The statement issued by Arsenal clearly signs off as the ‘Arsenal Board’.

"As we know, [chief executive] Vinai Venkatesham is not on the board so who from the board will be joining us on Thursday to apologise and justify their decisions over the last few days?

“We expect Stan Kroenke or Josh Kroenke to be present – and if they really are sorry, they can tell us themselves. It’s been confirmed that JK will be attending. We’ll be telling him exactly what we think!”

The Kroenkes are desperately unpopular Arsenal, with Stan having shown little interest in improving the team's results during his tenure.

And Josh is expected to be grilled by supporters this afternoon.

On the agenda will be whether financial penalties on the club incurred by their attempted breakaway will be covered by the Kroenkes – or be yet more money taken out of Arsenal's coffers. 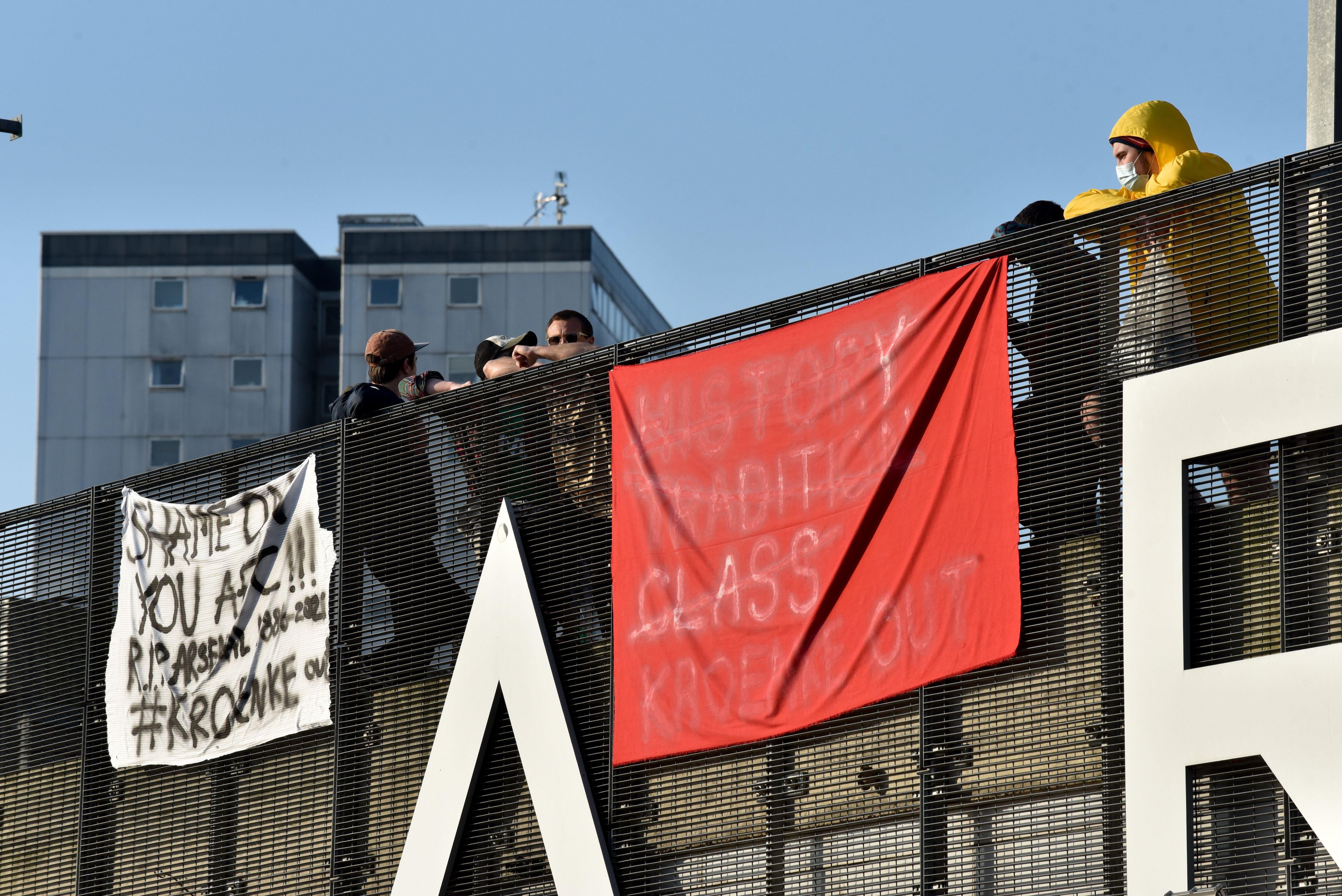 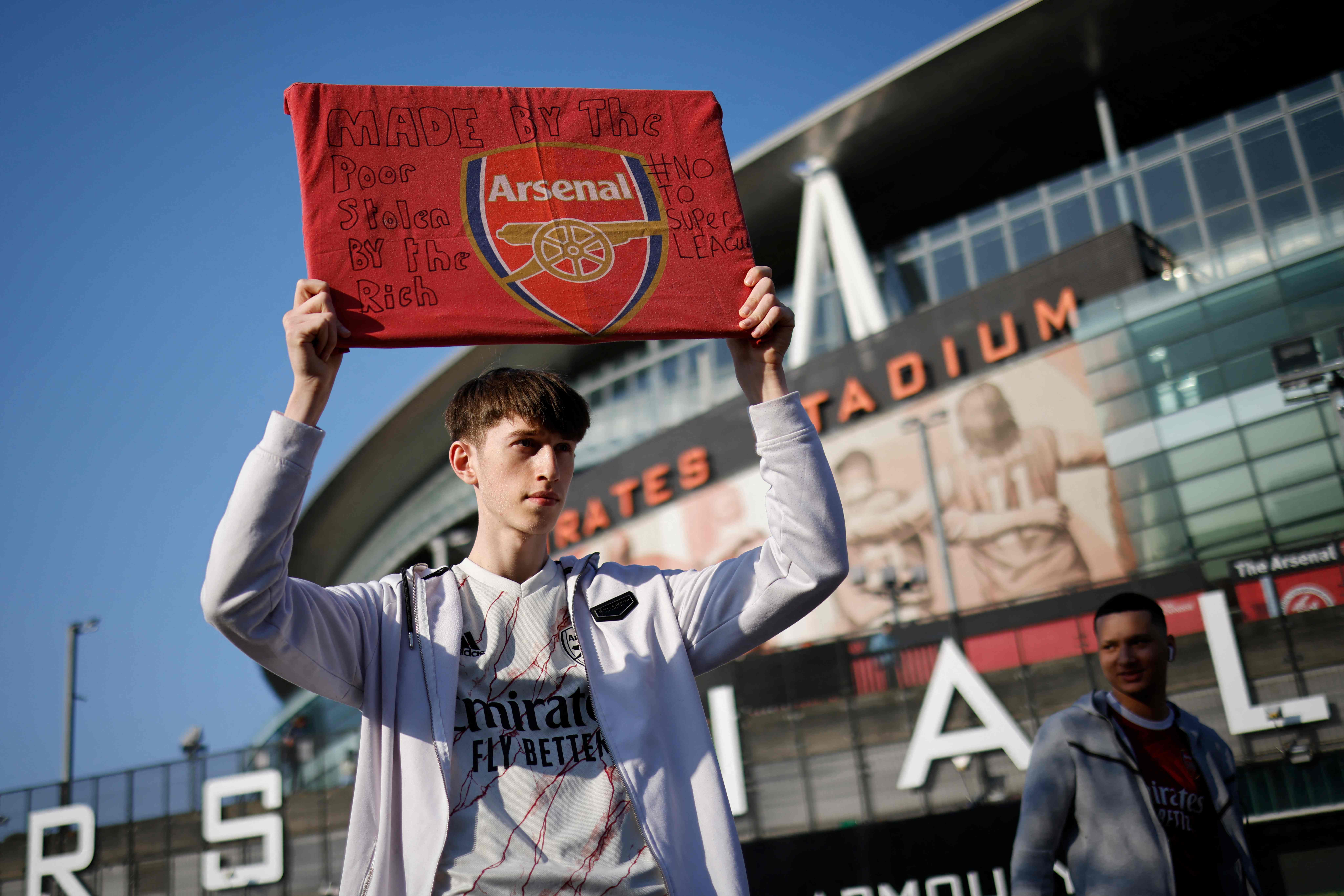 Banners and signs in protest at the Kroenkes' ownership of the club have rapidly appeared in the days since Sunday's shock announcement.

And Gunners fans are planning another protest outside Emirates Stadium before tomorrow night's clash with Everton.

Supporters of other 'Big Six' clubs have been equally unhappy with their own boards.

A group of Manchester United fans stormed their Carrington training complex this morning, armed with banners featuring messages including 'Glazers Out'.

And in the hours before the ESL's collapse, Chelsea fans blocked the players' entrance to Stamford Bridge prior to their 0-0 draw with Brighton.

Similar messages of discontent have sprung up outside Tottenham Hotspur against their owners Enic.

Ahead of tomorrow's clash with the Toffees, Arsenal boss Mikel Arteta said: "I think this has given big lessons and it shows the importance of football in the world.

"And it shows that the soul of this sport belongs to the fans – and that's it. During this pandemic, for a year, we have been trying to sustain this industry with no fans in the stadium.

"But, when the fans have to come out and talk, they've done it really loud and clear, and they sent probably the strongest message that has ever been sent in the football world.

"And every club, leaving their interests apart, has done the right thing – which is, they are the ones (the fans), we have to listen to them, we put it aside and in 24 hours we kill the project.

"So that is a massive statement for the history of football." 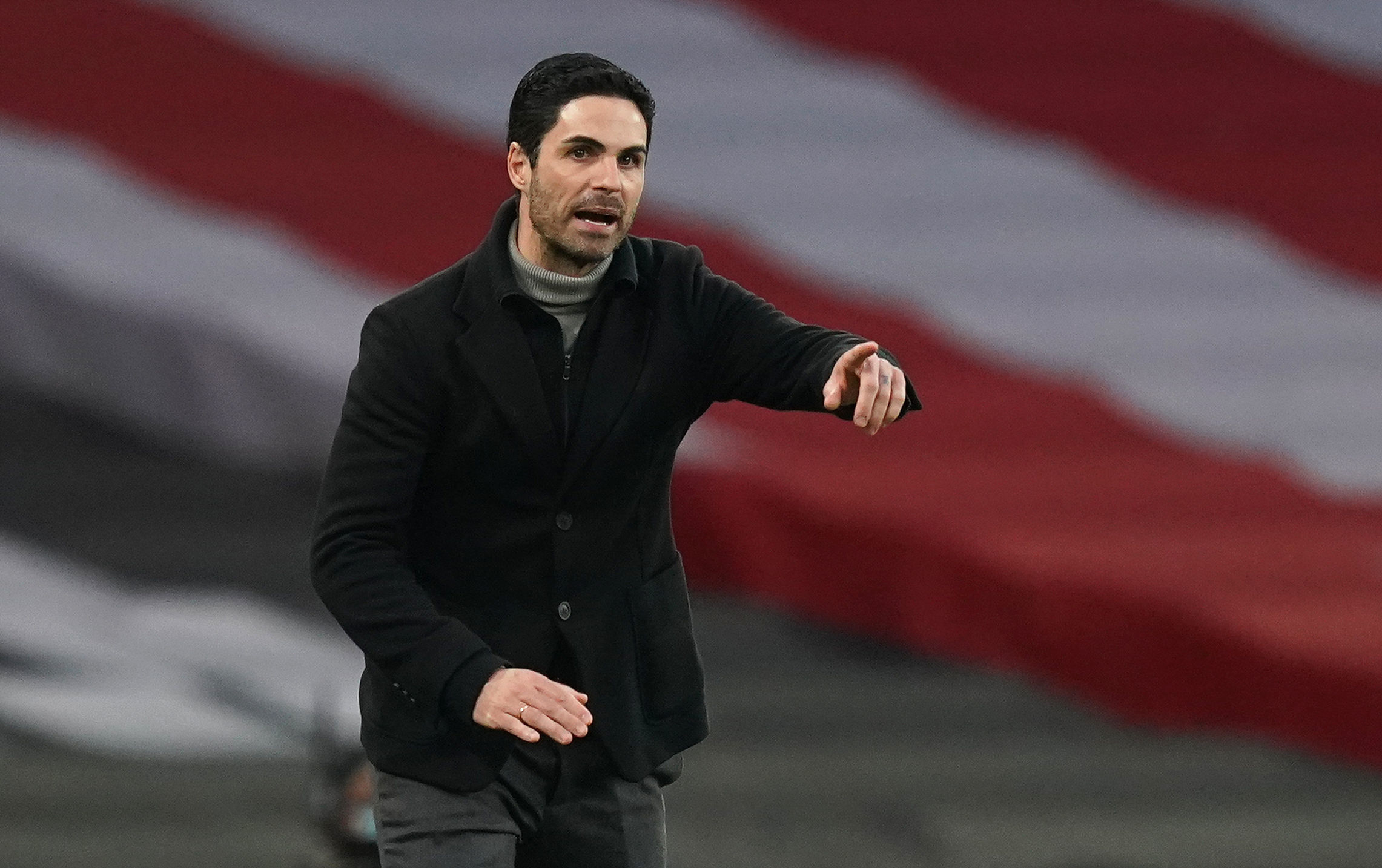