Home » Sport » Has Jarrell 'Big Baby' Miller failed a drugs test, what is GW1516 and is Anthony Joshua in doubt?

Has Jarrell 'Big Baby' Miller failed a drugs test, what is GW1516 and is Anthony Joshua in doubt? JARRELL MILLER has thrown the upcoming fight in New York into doubt after a drugs test has coming back testing positive for a banned substance.

The 30-year-old is set to take on Anthony Joshua in Madison Square Gardens but it is currently unknown whether it will go ahead after the news broke. 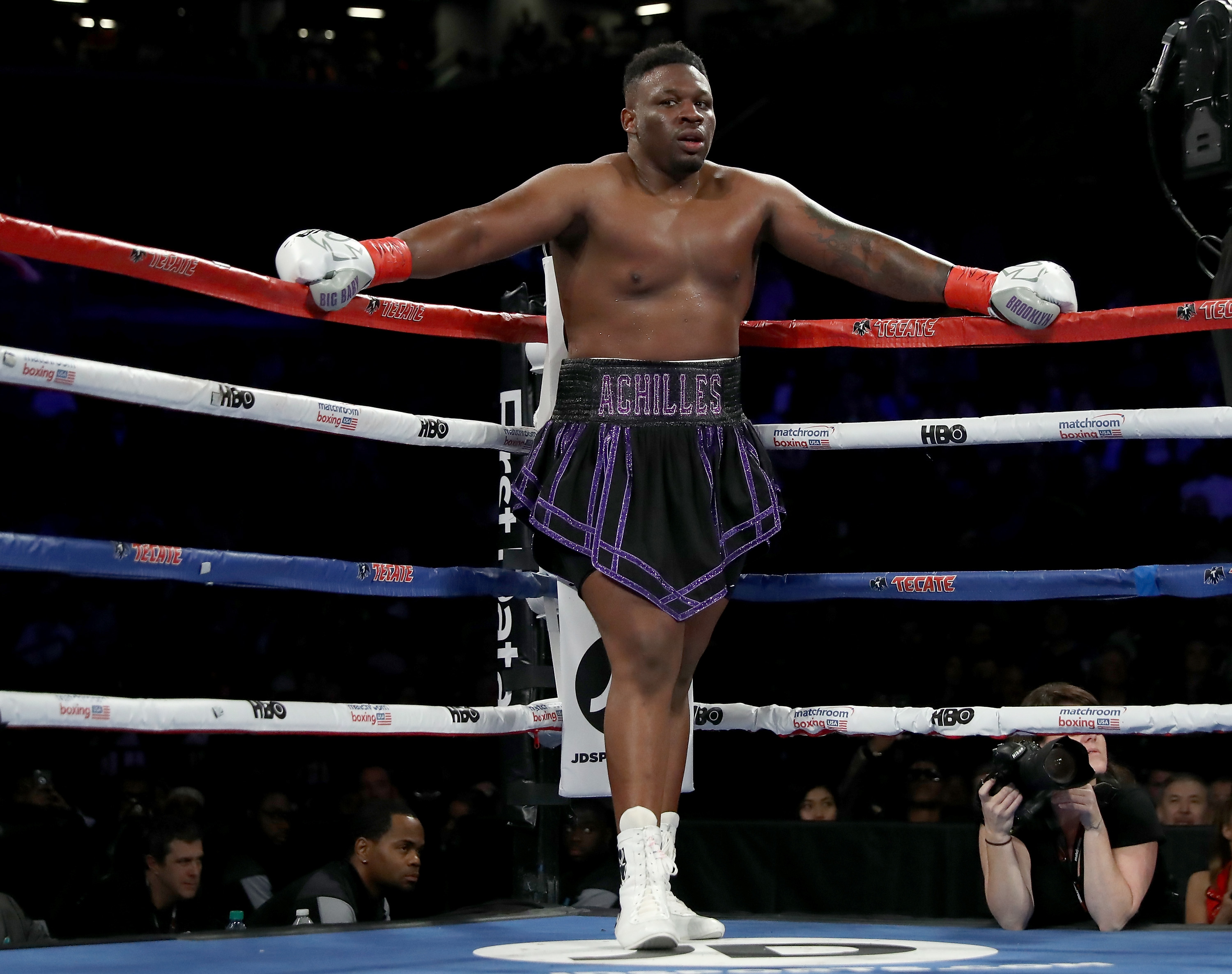 Miller, who is unbeaten in professional boxing, has reportedly tested positive for a banned substance.

The test results are believed to be from a random Voluntary Anti-Doping Association conducted urine test which was submitted on March 20.

Miller's team have issued a short statement: “We are in the process of obtaining further information about VADA’s finding and will have more to say soon on this developing situation.

“In the meantime Jarrell continues to train for his June 1 fight against Anthony Joshua.”

Who is Jarrell Miller?

Following an attack on the street, the American took up Muay Thai at 14 to defend himself, before taking boxing two years later.

Miller is unbeaten in professional boxing, having lost just once in 11 amateur bouts.

He had reached the final of the famous Golden Gloves tournament in 2007, losing to Tor Hamer.

But the American had to go pro in boxing, due to already being in the paid ranks for kickboxing.

Miller has suffered just one draw, coming in his fifth fight against Joey Dawejko – but has since beaten the likes of Tomasz Adamek and Gerald Washington.

In his last win against Bogdan Dinu, he claimed the North American WBA and WBO titles.

Miller is often referred to his nickname – Big Baby  -which he created himself during his early pro boxing career.

In the early days, the American would arrive into the ring in a nappy, bib and pacifier – earning him the unusual moniker.

Is the fight with Anthony Joshua a doubt?

AJ is set to meet Miller in the ring on June 1.

The fight will be Joshua's first outside of Britain and is set to take place in Madison Square Garden.

Contacts on both sides have confirmed that they are continuing to work as if the fight will go ahead.

Eddie Hearn, Joshua's promoter responded to the news stating: "We have been informed by VADA that there has been an adverse finding in Jarrell Miller’s sample collected on March 20th, 2019.

"We are working with all relevant parties and will update with more details soon. AJ’s preparation continues for June 1st at MSG."