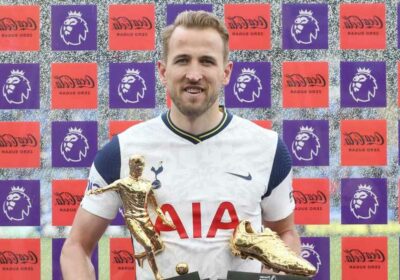 HARRY KANE may have bemoaned the lack of silverware at Tottenham but he didn't end the season empty handed.

The Spurs superstar was rewarded for another brilliant campaign with the Golden Boot and Playmaker awards. 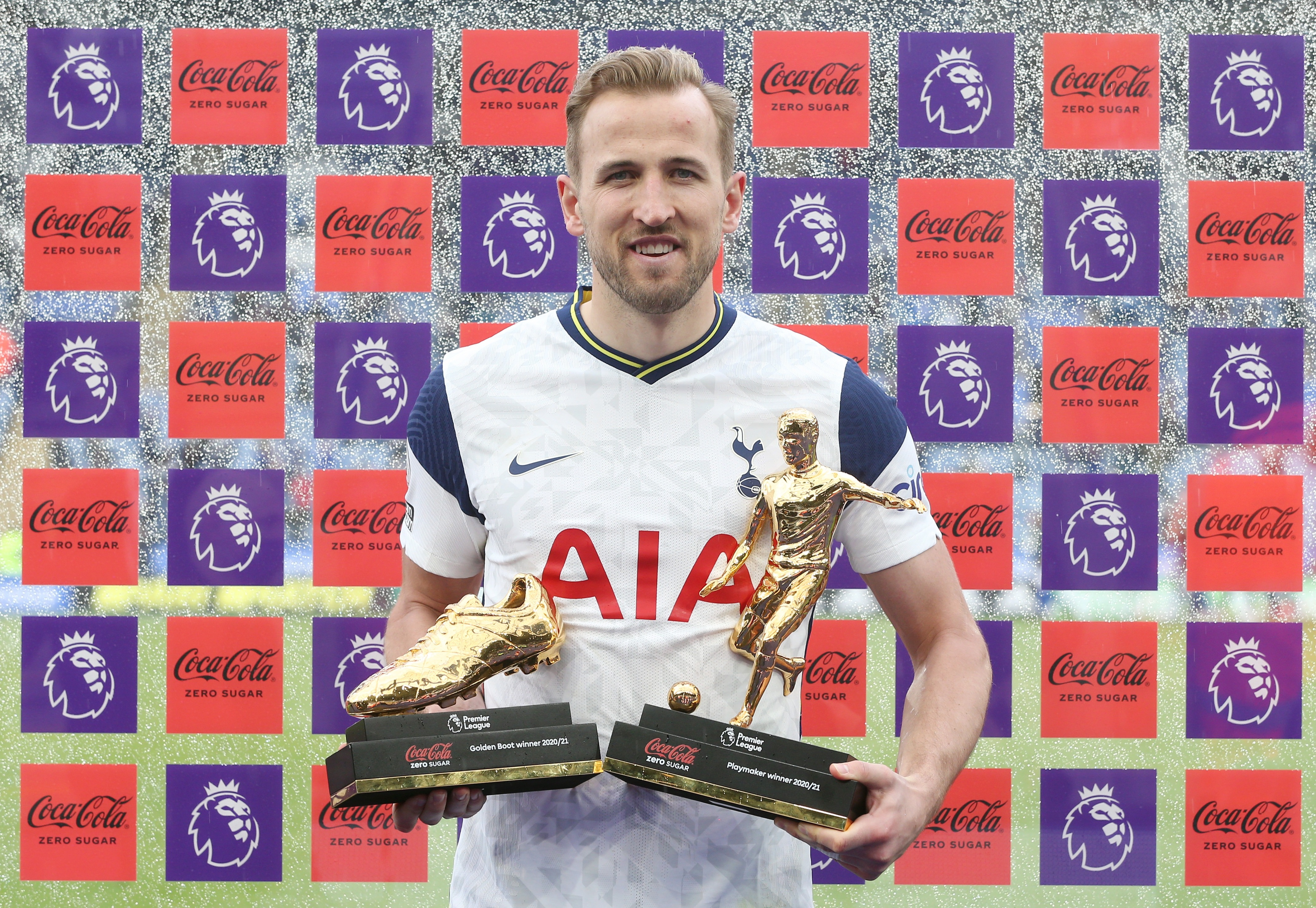 Kane, 27, topped the charts with 23 goals after hitting the net in the 4-2 victory over Leicester.

The captain also set up Gareth Bale, meaning he bagged a hugely impressive 14 assists for the season.

Kane was presented with both gold trophies at the full-time whistle to further raise his stock in world football.

Mohamed Salah finished one goal behind Kane on 22 after he failed to score in Liverpool's 2-0 victory over Crystal Palace.

And Manchester United's Bruno Fernandes was the closest challenger in regards to assists with 12 in total.

It is the third time Kane has won the Golden Boot and the first since the 2016-17 campaign.

Only two other players have won it three times or more after Alan Shearer and Thierry Henry with the latter claiming the away four times in his career.

It could be Kane's last contribution in a Tottenham shirt. 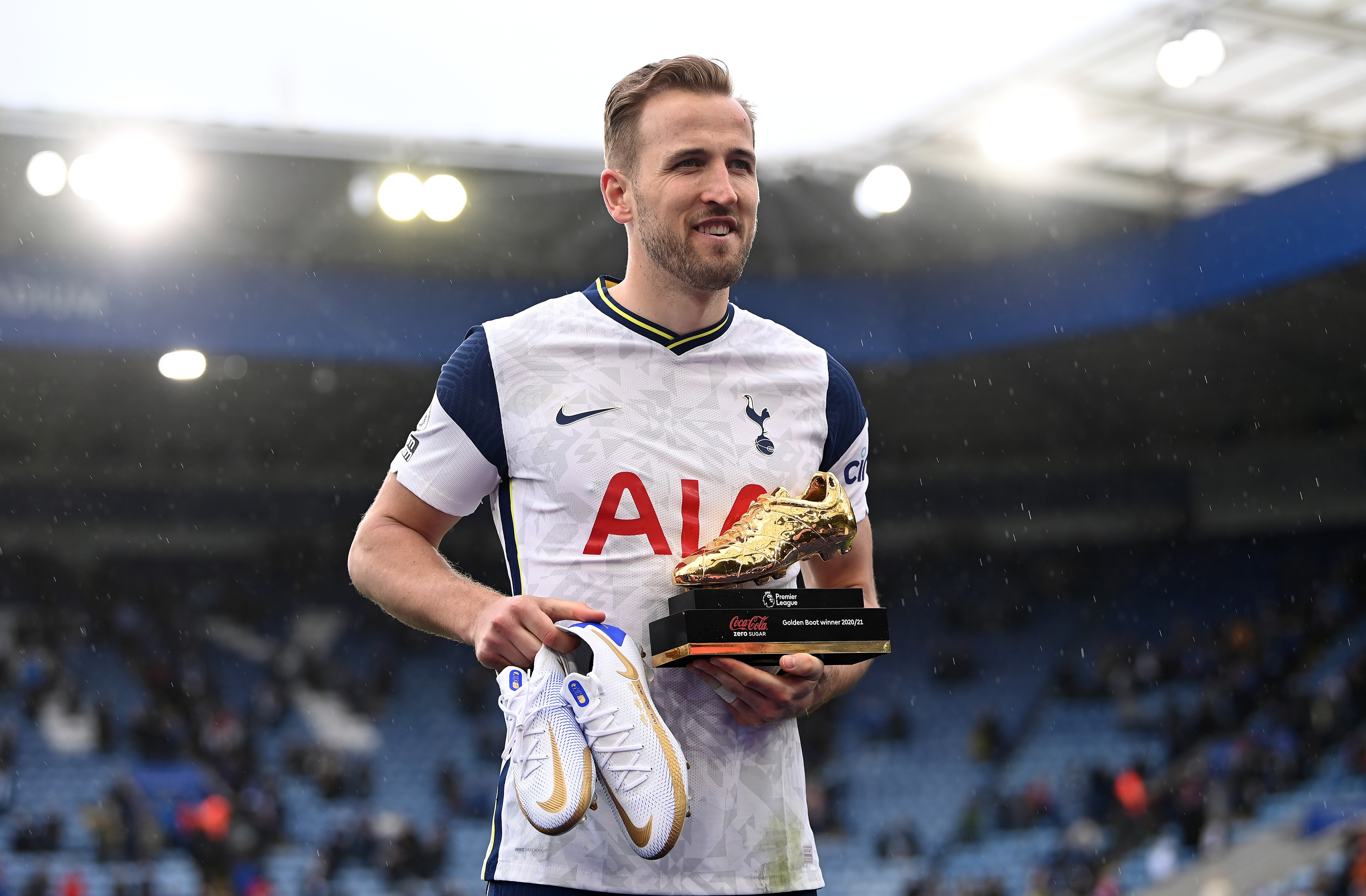 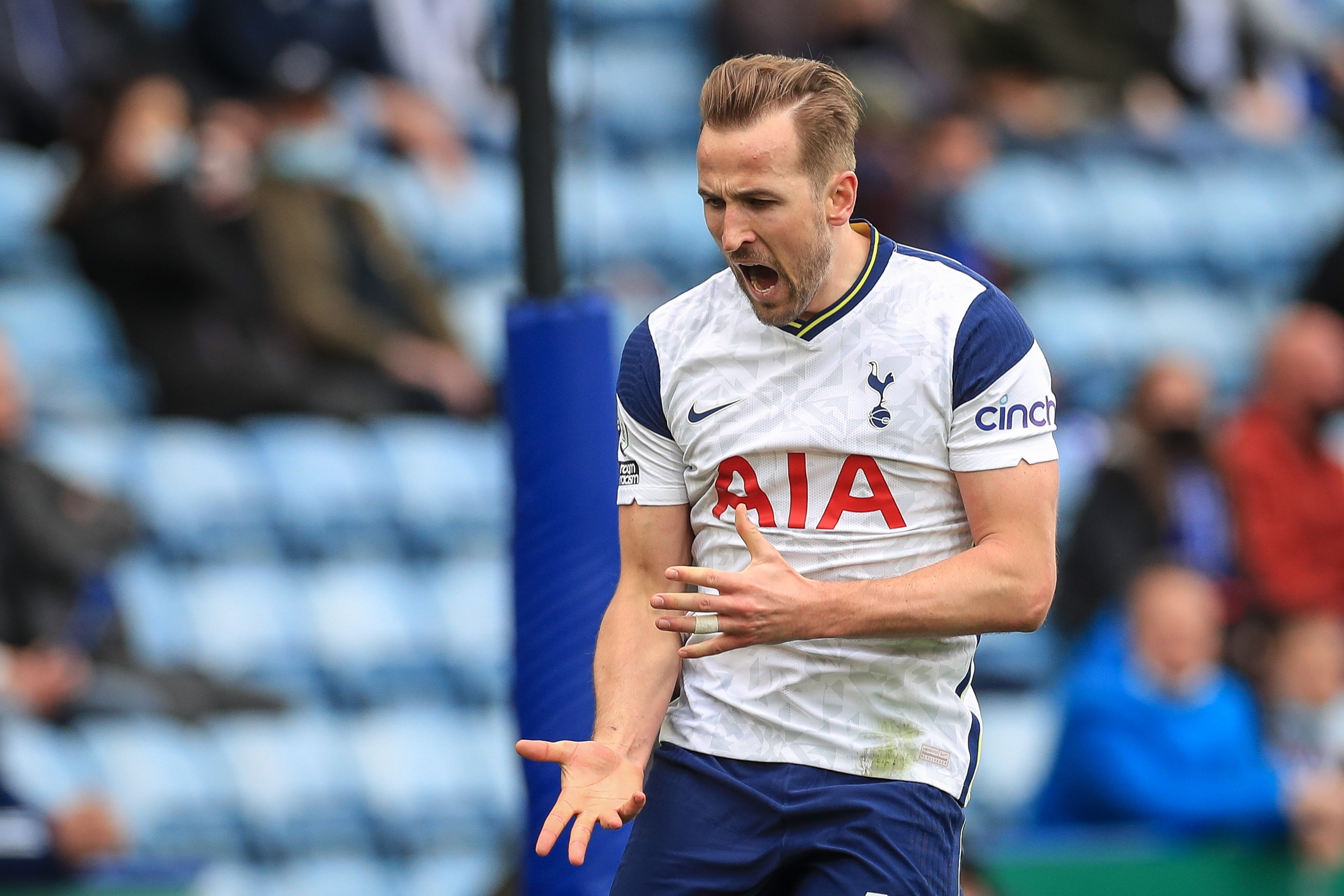 He has made it no secret of his desire to play in the biggest matches and admits he will hold talks with owner Daniel Levy over his future.

Kane told Gary Neville on The Overlap: "I'm not sure how the conversation will go to be honest.

"I hope we have a good enough relationship, I've been there 16 years of my life so I hope we can have a good honest conversation and see where we're at.

"I want to be playing in the biggest games. The biggest moments.

"For me it is, I don’t want to have come to the end of my career and have any regrets.

"I’m at that stage where you could say, you know. People might look at it as 'He’s desperate for trophies, he needs trophies'."

Manchester United, Man City and Chelsea are all set to be locked in a £150million transfer tug-of-war for the striker.