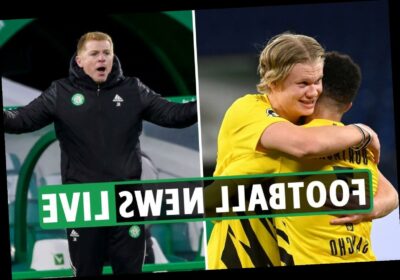 ERLING HAALAND's future remains a hot topic with Chelsea reportedly looking to sign the Dortmund star 'at any cost'.

North of the border, Neil Lennon has left Celtic with cross-town rivals Rangers closing in on the Scottish Premiership title.

And we've the very latest on Andre Silva after SunSport revealed exclusively on Tuesday that he could switch to Man Utd for just £30million.