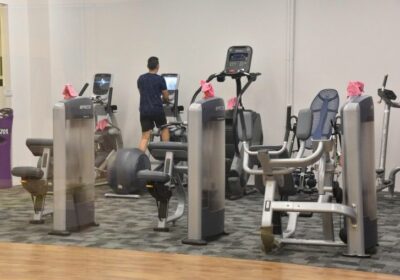 On Tuesday (May 4), their worst fears were confirmed when the Government announced that gyms and fitness studios, which are considered “higher-risk settings”, would close from May 8 -30 following Singapore’s return to Phase 2 of Covid-19 restrictions.

While Lau was slightly disappointed, she did not have time to mull over the news. The 28-year-old said: “We felt like it was a bit of a bummer but the first thing you feel is, ‘How can I pay for my overheads? How can I deliver value to my customers?’

“We had to go straight into operational mode and focus on getting the business running.”

According to the latest advisory issued by national agency Sport Singapore (SportSG) on Thursday on measures for sport and physical exercise and activity, the closures will apply to all public and private gyms and fitness studios, including those operated by commercial enterprises, national sports associations, country clubs, golf clubs, private apartments, condominiums and charities.

SportSG added that it would consult industry representatives to provide “appropriate support” to those affected and give additional help on top of what is already offered under the Sports Resilience Package. Details of the type of support will be released when ready.

Lau and her coaches will hold their sessions over Zoom during the temporary closure and she is hoping that there will be financial rebates on rental and allowances to reimburse the gym’s part-time staff.

The mandated closures have upset industry members, with some appealing against the decision.

An online petition by a group called Tenants Singapore and has been signed by over 7,200 people, has called for support for the gym and fitness industry. It has proposed the introduction of stricter measures such as reducing the occupancy limit of gyms, and if gyms remain shut, the group has appealed for a one-month waiver on rental for gyms and fitness studios, among other suggestions.

The 51-year-old is also the director of True Group, which operates the 12 gyms under True Fitness, TFX and GFX. Noting that rental and wages are “the two largest components of our operating expenses”, he said: “We hope that we will get as much support financially as possible for the period of closure.”

In addition to these closures, all wading pools and play pools at ActiveSG swimming complexes will also be closed during this period.

Education sector worker Nazahiyah Wahid, whose two sons aged eight and 11 visit ActiveSG swimming complexes, felt that it was the right decision as this would “help to stop the spread of virus”.

The SwimSafer programme, an initiative introduced by the National Water Safety Council to water survival skills to children, will also be put on hold.

The occupancy limit for sports facilities, including outdoor ones like pools, will be reduced from one person per 8 sq m to one person per 10 sq m, with a maximum of 50 people.

Indoor sports facilities such as badminton halls, basketball courts and climbing gyms will continue to remain open because the SportSG directive applies only to “enclosed, confined indoor spaces where participants are likely to be engaging in strenuous activities unmasked”.