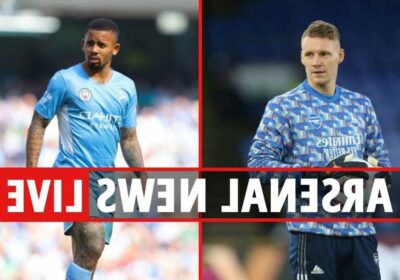 ARSENAL capped off their Premier League campaign by pummelling Everton 5-1 at the Emirates.

However, the Gunners still missed out on fourth spot to their North London rivals as Tottenham thrashed Norwich 5-0.

And Spurs could also pip Arsenal to the signing of Gabriel Jesus who's preferred destination is to a club with Champions League football.

Meanwhile, Bernd Leno is all set to join Portuguese giants for a reported fee of £8.5 million this summer.

Whilst Josh Kroenke has vowed to back Mikel Arteta in the transfer market, hinting at internal shake up.