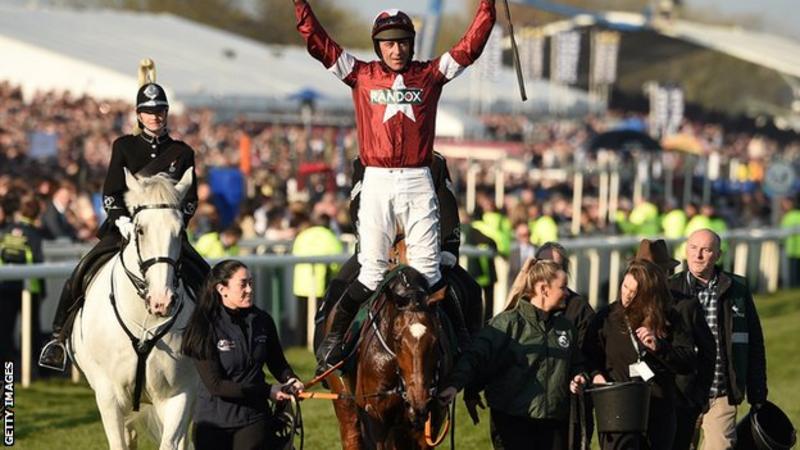 Trainer Gordon Elliott says the nine-year-old will contest two races in the New Year before returning to Aintree.

He is also being readied for a bid to win a fifth Cheltenham Festival race, although the intention is not to run him too often during the season.

Owner Michael O’Leary had suggested bidding for a third triumph was unlikely.

But Elliott said in an interview with Aintree Racecourse: “We are going to have to mind him now and pick and choose where we go.

“He will probably have one run over hurdles, maybe something like the Boyne Hurdle [in Navan in February] again.

“He will go back to Cheltenham [in March] for the Cross Country race and then we’ll go for the Randox Health Grand National.”

This is no shock – how could owner Michael O’Leary and team possibly resist chasing such a precious piece of sporting history? But there had been some rumblings about the horse getting too much weight.

Obviously, he’ll get plenty but, like Red Rum, this horse positively thrives at Aintree, making the famous obstacles look easy as he dances around them.

And while those of us who grew up watching ‘Rummy’ in the 1970s will always think of him as the Aintree icon, you have to be a certain age to remember him at all, so a new legend is good.