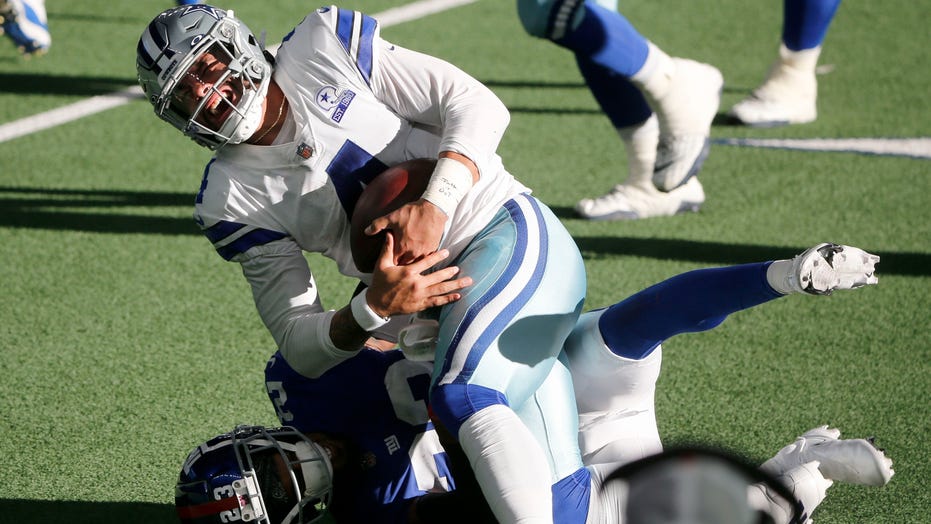 Ryan spoke to reporters immediately following the Giants' loss with hopes of conveying his sincere respect for Prescott and the innocence of the third-quarter play that led to the gruesome injury.

“I feel terrible. It was a routine football play,” he said during a video press conference. "He's a hell of a player. He's got a lot better on his reads. He's got a really good arm. He was tearing it up out there, and he was making it hard on me. And that's why this sucks."

"I hope he comes back. I hope he gets $500 million," he said. "He deserves it. Honestly, that was the worst thing that happened today. I got a sick taste in my stomach for it. He was playing a hell of a game, [and] it was a hell of a battle."

Prescott signed a one-year franchise tag contract worth $31.4 million during the offseason after failing to negotiate a long-term deal with the team.

Executive vice president Stephen Jones put fears that Presott’s injury could impact his place on the team to rest on Monday when he called him the “future” of the Cowboys.

"Absolutely not,” Jones told KRLD when asked if the injury changed the team’s feelings about Prescott. “Absolutely not. He's our future. He's special. If anyone can overcome anything it will be Dak. It's something our doctors feel like he'll overcome, and he'll come back better than ever.”

Jones said he believes that Prescott, who underwent surgery on Sunday night, should recover in time to return in the spring.

“Knowing Dak he'll be out there soon. Physically, there should be no problem with him being back out there in early May or April."