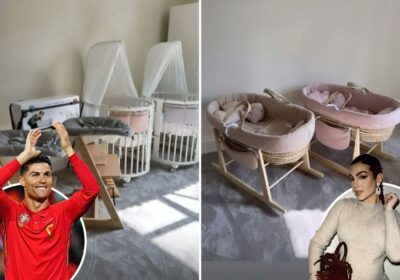 GEORGINA RODRIGUEZ has offered fans the first glimpse of the designer cots the new additions to her family will sleep in.

The heavily-pregnant influencer has also posted photos of the Moses baskets which her twins will use in the first months of their lives. 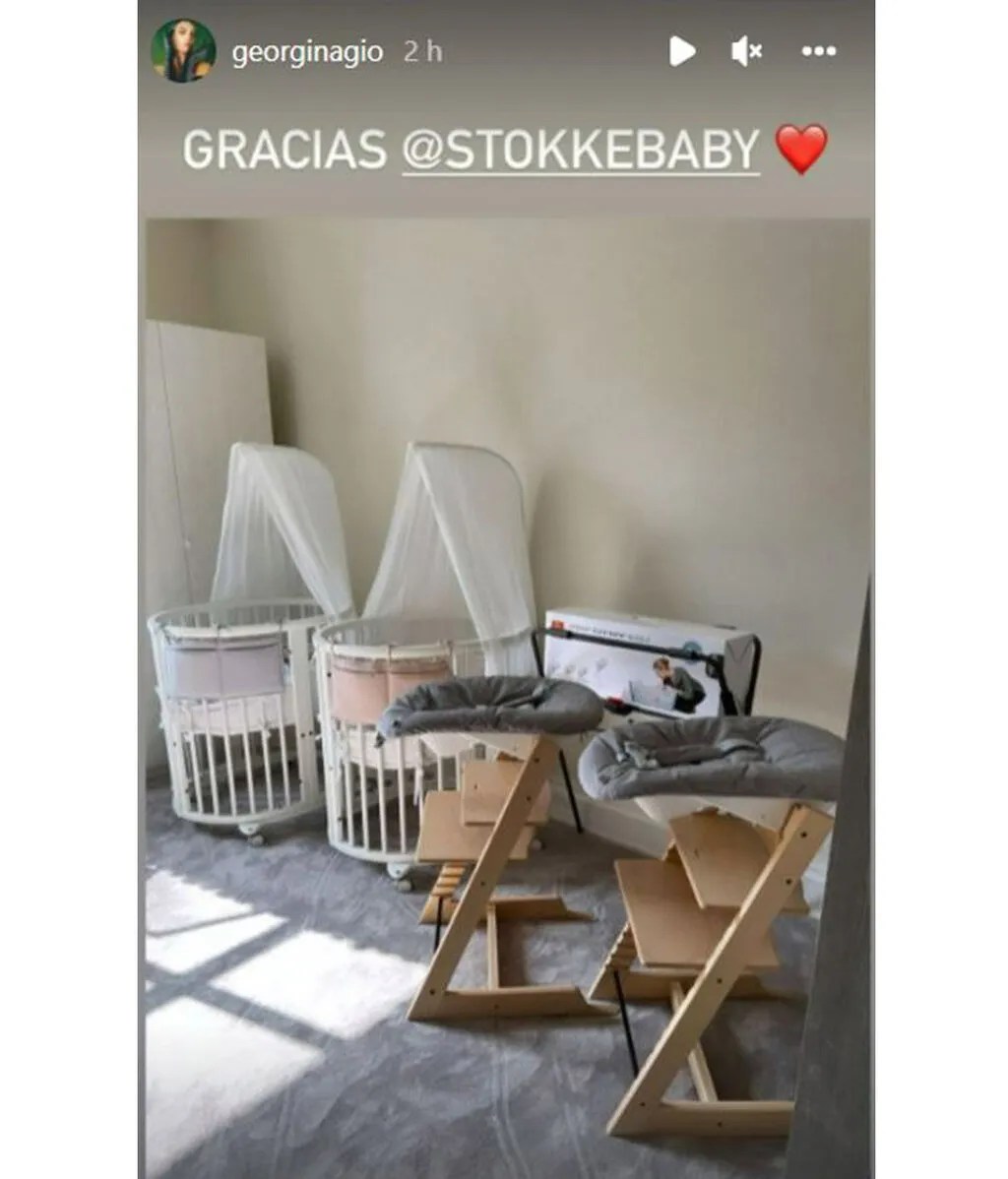 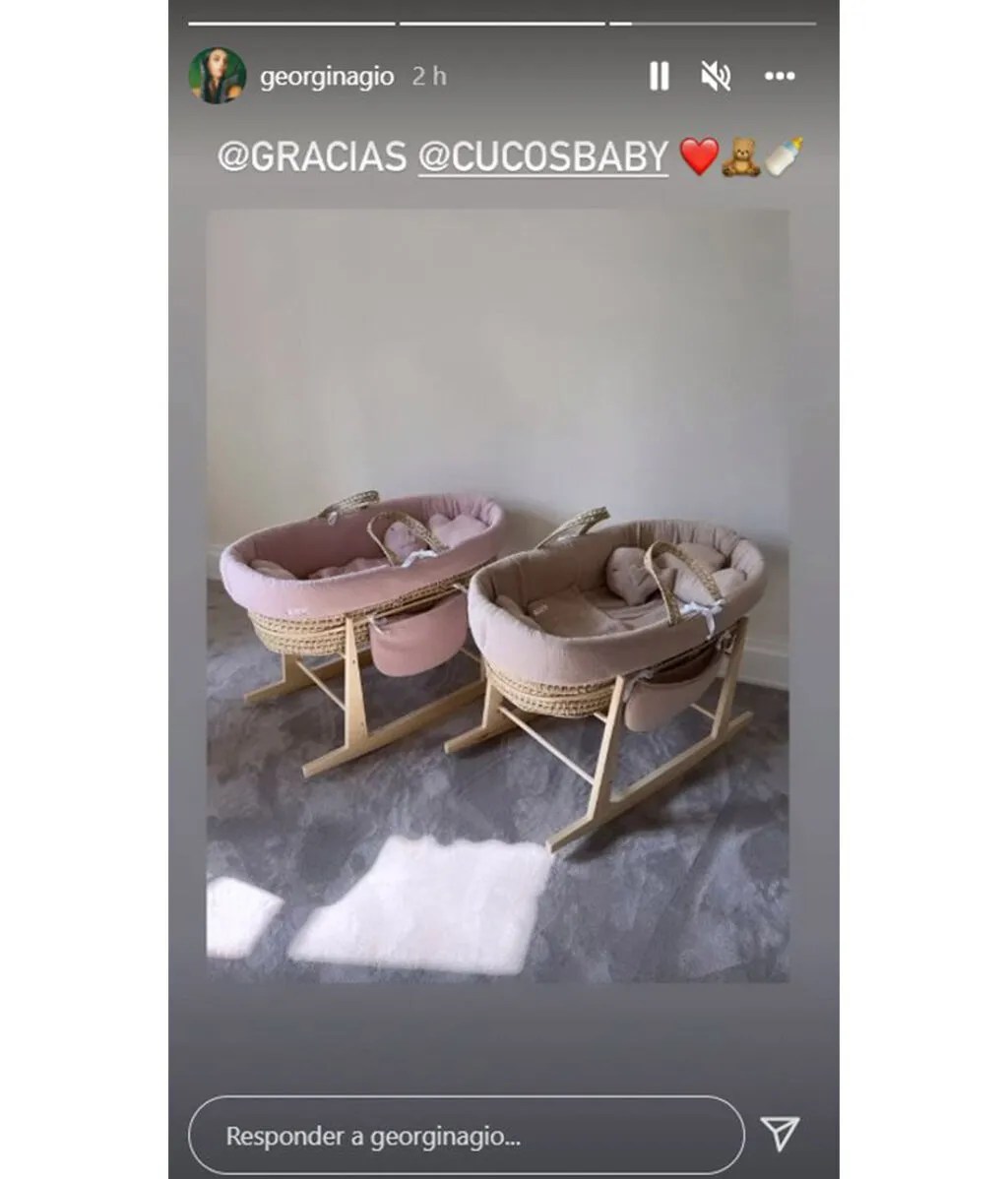 The cots, called Stokke Sleepi Mini, cost £373 each and have lockable wheels so they can be moved easily from room to room.

Norwegian manufacturer Stokke AS markets them online to future parents as beds that “evolve as your child grows” and boast they offer “maximum air circulation for comfortable sleep.”

The company adds: “Its distinctive oval shape provides your baby with a sense of security by creating a cosy nest-like environment.”

Georgina has also taken delivery of two £279 Tripp Trapp Newborn Bundles consisting of a chair and newborn set which will enable Manchester United striker Cristiano Ronaldo and his partner to bring their twins to the family table when they eat as soon as they get them home. 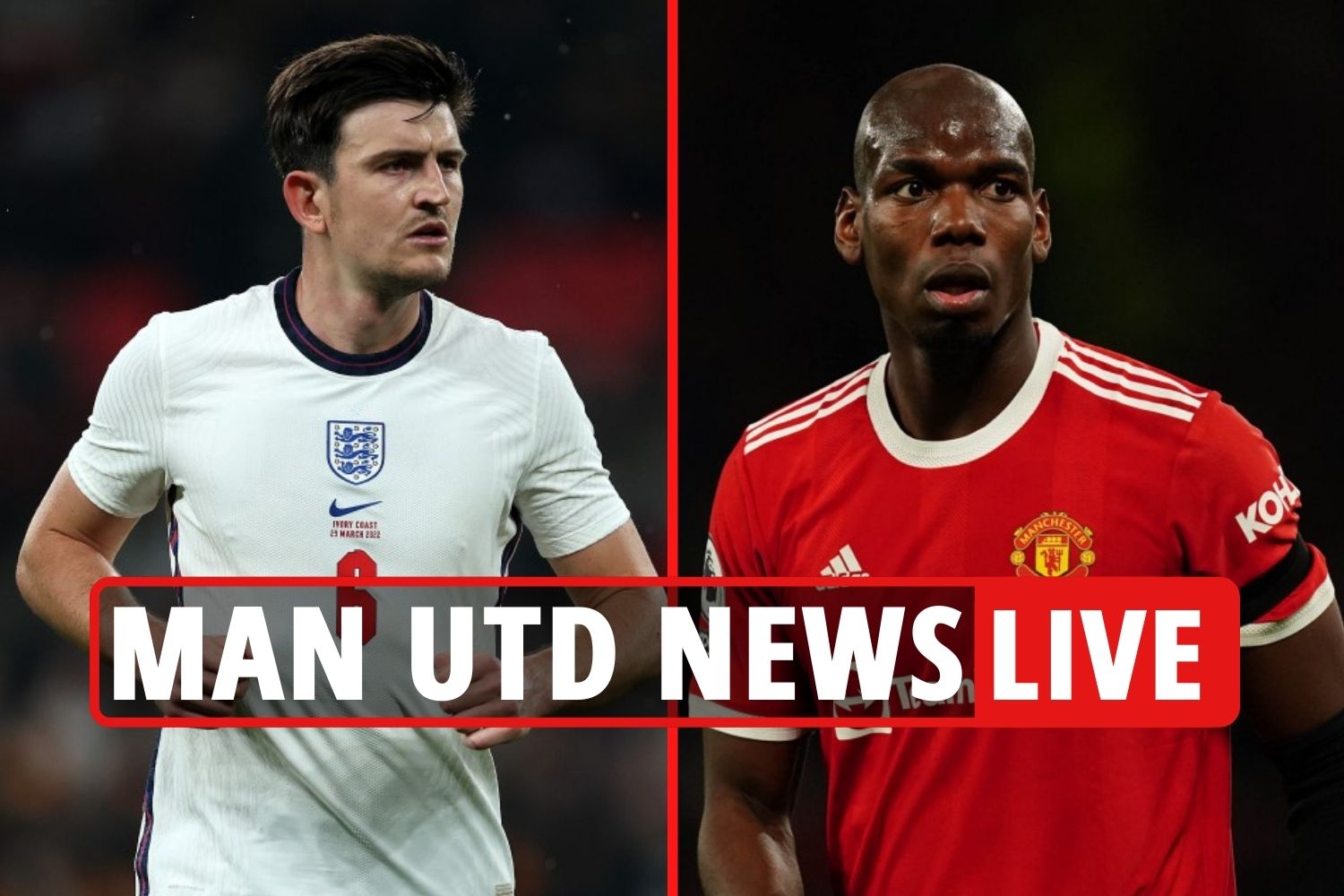 The Moses baskets the couple will use for their new babies, a boy and a girl, come from Spanish brand CucosBaby and are created at a lab-workshop in the east coast Spanish city of Valencia.

They sell online for just over £200 each. The firm offers parents the chance to personalise the item with their children’s names.

It is not yet clear if Georgina and Cristiano, who in the past has worn personalised CR7 shin pads, have asked for the names of their twins to be woven into the fabric.

Georgina revealed last December the twins she is expecting were going to be a boy and a girl but their names are still a closely-guarded secret only a handful of people are thought to know.

She went public with the sexes of the unborn children by posting an entertaining video on her Instagram featuring their four-year-old daughter Alana Martina and Cristiano’s three children – twins Eva and Mateo, also four, and Cristiano Jr who is nicknamed Cristianinho.

The two boys shouted: “It’s a boy” and the two girls: “It’s a girl” after Georgina gave a 1-2-3 countdown and then cheered and laughed.

Georgina finished the home-made video by exclaiming: “Ole! How lovely!” as she struggled to contain her emotions while the kids played after revealing the exciting news.

Earlier this week the stunning brunette watched Cristiano Jr score for United’s Under-12s from a deckchair.

The pregnant WAG was pictured wearing a £22,000 white leather Hermes handbag on her arm as she sat on the sideline.

Last night she and Cristiano had early cause to celebrate after the five-time Ballon d’Or winner helped Portugal make it through to this year’s World Cup finals with a 2-0 victory over North Macedonia. 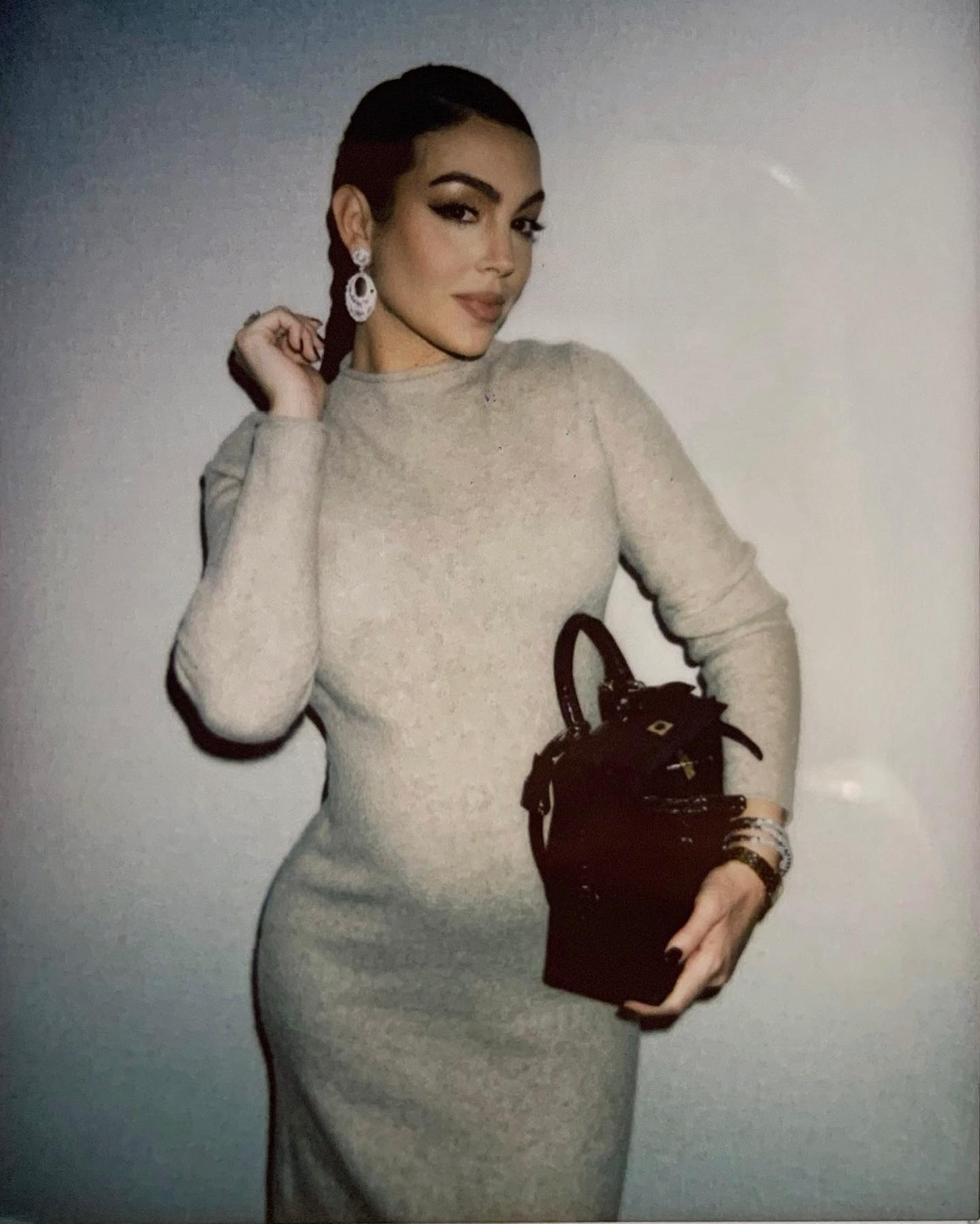