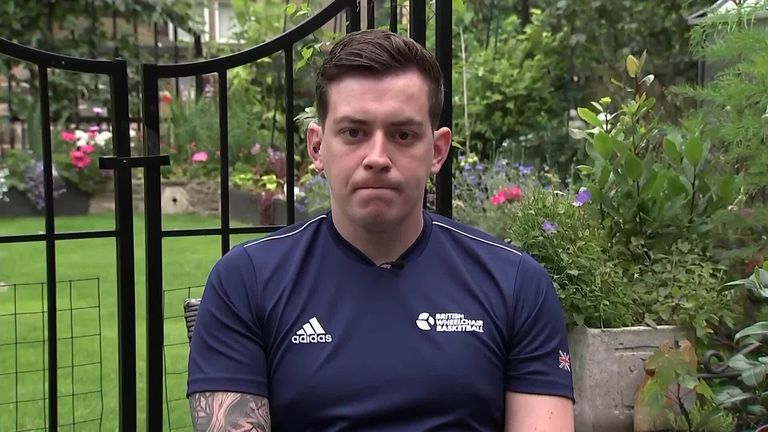 Great Britain wheelchair basketball player George Bates is considering having his leg amputated so he can continue his international career.

Rule changes means his Complex Regional Pain Syndrome (CRPS) disability – which means he is not able to walk without assistance – makes him ineligible to play the sport and therefore unable to compete in the Paralympics.

You’ve been playing for Great Britain since 2017. How much of a shock was it when you found out you might not be eligible for the Paralympic Games?

“It was obviously quite a surprise. I’ve been registered disabled for 15 years, so to get that news was crushing.

“I’ve given up my life to pursue this career, I’ve trained for over 10 years so it really was quite heartbreaking and shocking.

Some people may not be aware about wheelchair basketball, why was the governing body for basketball told to change their classification regulations?

“For two years, the International Wheelchair Basketball Committee decided not to change the rules and they believed anyone with a eligible lower-limb impairment could play the sport.

“This all came to a head in January, when the IPC decided to exclude wheelchair basketball from the Paralympics if they didn’t adhere to this rule.

“Since January, I have been going through the process of being reclassified. It all led to yesterday (Wednesday), when it was announced that my condition was not deemed eligible under their guides.

“Their guides are quite constricting as they do not take into account a lot of disabilities, it is very much a black-and-white process, and disabilities are not like that.”

You are considering amputation so that you would be eligible for the Paralympic Games, obviously you could try and appeal the decision as well. The former would be a heartbreaking option, how close are you to making that decision?

“I had the chance to have it amputated when I was around 14, 15 – I chose not to. So it was a realistic option when I was younger. Looking back now, I wish I had it taken off.

“It would have made things a lot easier, but I never thought I’d be in this situation where having a disability isn’t enough to play disability sport.