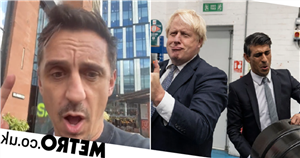 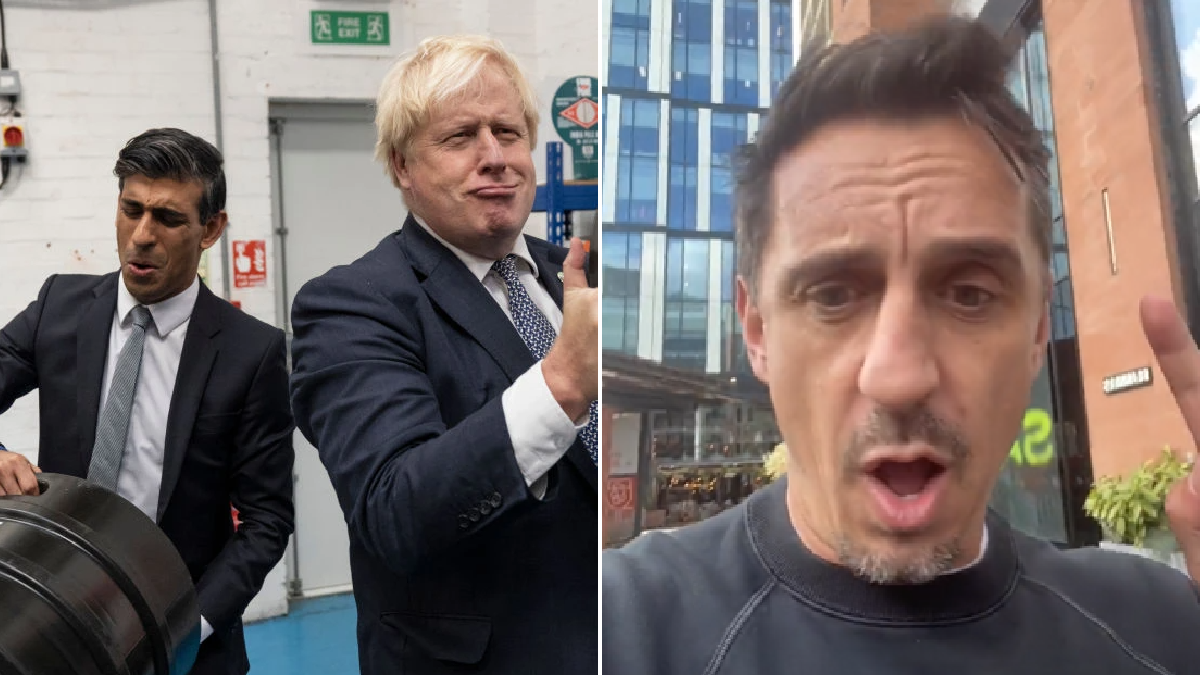 Former Manchester United footballer Gary Neville has taken aim at Chancellor Rishi Sunak over his decision to resign from government, saying he – and other ministers – ‘lied through their back teeth’ to protect Boris Johnson.

The Prime Minister is now facing enormous pressure after both Sunak and Health Secretary Sajid Javid resigned from their positions saying they no longer had confidence in Mr Johnson to lead the country.

His handling of the row over MP Chris Pincher, who is facing sexual misconduct allegations, has prompted fierce criticism from the opposition and now his own MPs and ministers too.

Mr Sunak said he felt the public ‘expect government to be conducted properly, competently and seriously’ and that those standards were no longer being met.

But Neville – who is a Labour party member and has teased the possibility of moving into politics – has criticised Mr Sunak over his resignation and insists the public will not forget his long-standing public support for the Prime Minister.

Suggesting the resignations are a sign that Mr Johnson’s days as PM are numbered, Neville said: ‘Back Boris, levelling up, get Brexit done, we’re getting on with the job of delivering for this country – all that crap we’ve heard every single day for the last two years is about to end.

‘What we must not forget is every single one of those ministers who sat on that television screen, on that settee, and bullsh*tted their way through every single interview for him and lied through their back teeth.

‘And that includes you, Rishi Sunak. We won’t forget.’

‘That is the nature of collective government upon which our system relies and it is particularly important that the Prime Minister and Chancellor remain united in hard times such as those we are experiencing today.’

While Mr Sunak said his approach to tackling the economic difficulties the country is facing had become ‘fundamentally different’ to Mr Johnson, the row over the handling of the misconduct claims against ex-Deputy Chief Whip Mr Pincher is believed to have been the key reason.

The Prime Minister admitted he had made a ‘bad mistake’ in appointing Mr Pincher to the role earlier this year, despite being told about earlier allegations, and was forced to make an apology.