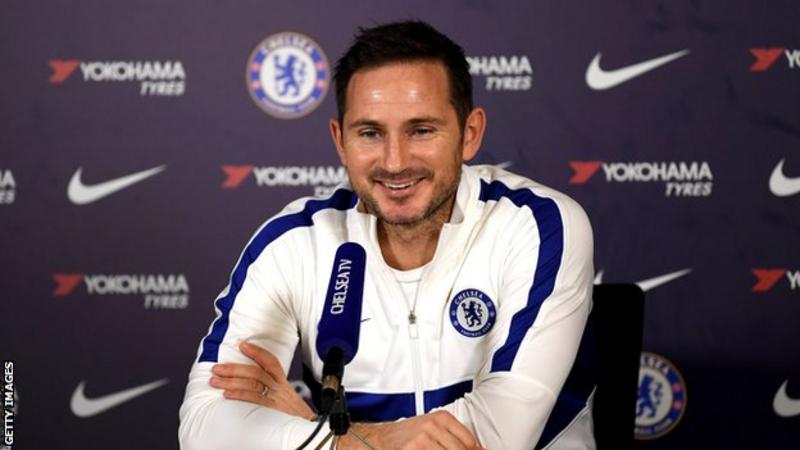 Football fans have their superstitions, while players often have lucky pre-match rituals. But can the same be said of Premier League managers?

In the case of Chelsea boss Frank Lampard, the answer is yes.

Lampard says he believes failing to stick to his pre-match routine, such as walking his dog along the correct route, might have a negative impact on results – although he admits such thoughts are “ridiculous”.

“Only routines, and only routines about walking the dog, or what time I leave, or maybe what boots I wear in training, or little bits and bobs,” said Lampard.

“I take her out in the morning. I go out early before I leave, I take her down to the local coffee shop, get my takeaway coffee, walk around, then go to training.

“I like going to the gym as well – that’s another one of my superstitions. I have to do exactly the same amount of time on the bike – 50 minutes – or the exact route that I run. Things like that.

“If I don’t do them, then I can feel like, ridiculously, it might have an effect on results.

Are Lampard’s superstitions are paying off? Well, a run of five successive top-flight wins helped him win the Premier League manager of the month award for October.

They could go as high as second with another victory against Crystal Palace on Saturday.

“We are all different, and I don’t completely rely on it,” the former Derby boss added.

“I joke a little bit, but I think it shows how much you want to do well and win sometimes, whether it has an effect or not.

“And I think if that’s in your mindset, that’s not the worst thing, albeit it might become a bit annoying sometimes if you stick to it.”

England midfielder Mason Mount will have a late fitness test before the game at Stamford Bridge after suffering an ankle injury in the extraordinary 4-4 midweek Champions League draw with Ajax.

Ross Barkley is already ruled out with an ankle problem of his own while Jorginho is suspended.