Wollacott exposed the troll who sent a spate of truly revolting messages over Facebook. 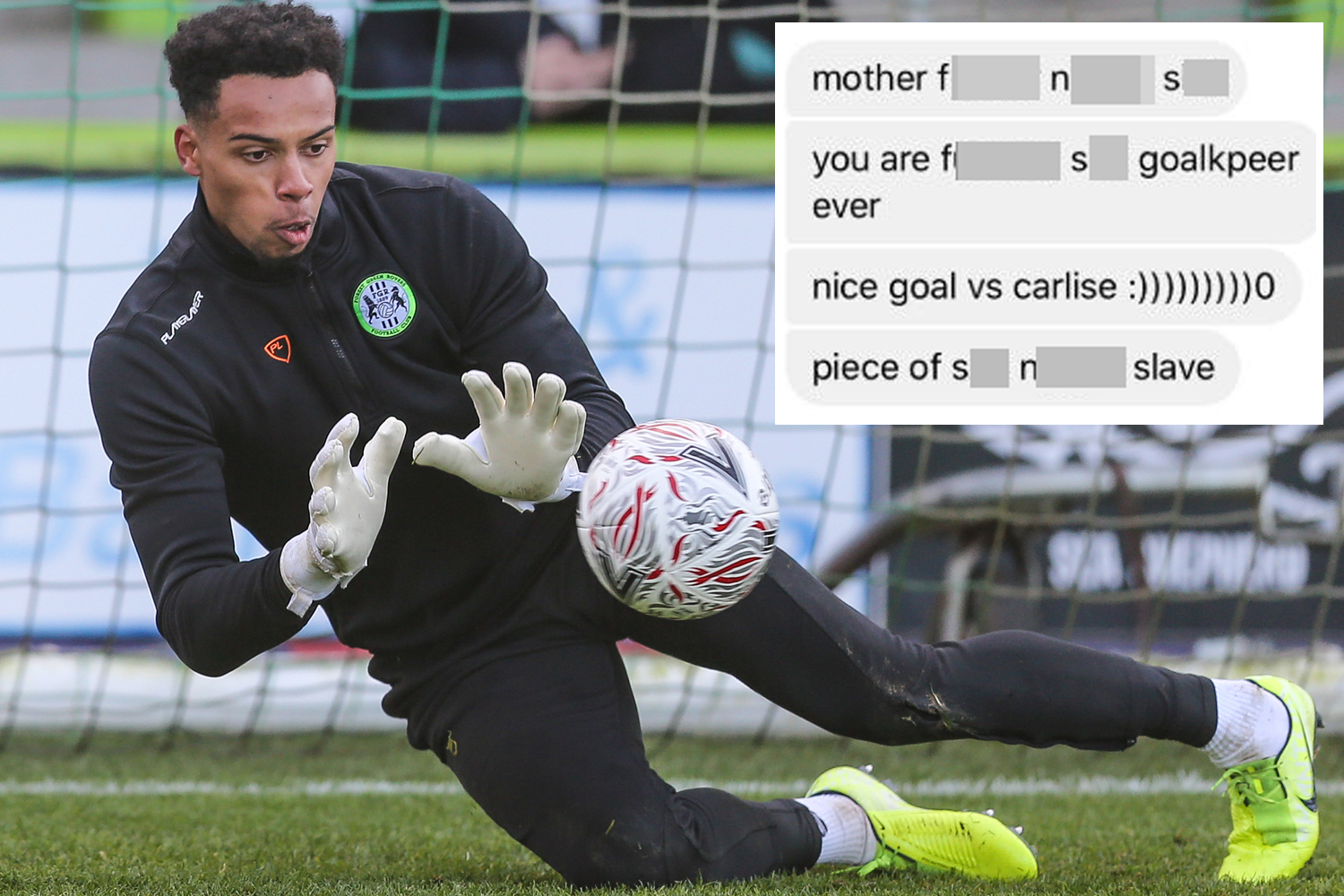 The caption of "2019" was perhaps a reference to the sickening amount of racist incidents in football in this calendar year.

England stars including Raheem Sterling and Tyrone Mings were abused by sick Bulgaria fans during their Euro 2020 qualifier.

The FA offered Three Lions stars counselling after the horrendous night in Sofia.

Sweden's game away to Romania was halted after Alexander Isak was abused by home supporters.

Brescia star Mario Balotelli was abused during a game with Hellas Verona – with his own fans almost blaming him by calling him "arrogant".

Also in Italy, Roma vs Napoli was suspended after Kalidou Koulibaly was abused, while Yann Karamoh was sent monkey and banana emojis.

There were even FOUR reported incidents during the opening weekend of the EFL season in August, with Kick It Out "appalled".