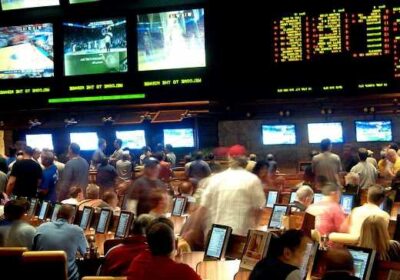 A record $1.1 billion was bet in October with Nevada sportsbooks, marking the first time the state’s sports betting market has handled more than $1 billion in wagers in a month.

Bettors had more success than typical during the month, fueling the record amount wagered. The sportsbooks won a net $48.3 million off the record handle, including $29.8 million on football bets, according to revenue numbers released Tuesday by Nevada Gaming Control.

A record $728.6 million was bet on collegiate and professional football combined in October, but sportsbooks held just 4.1% of the amount wagered, a lower than normal hold percentage caused by a string of losing NFL Sundays during the month.

The sportsbooks bounced back in a big way in November, with some bookmakers saying it was their best month ever.

Michael Lawton, senior economic analyst for the Nevada Gaming Control Board, attributed the record October to the increased acceptance of mobile wagering, a robust sports schedule with all four major professional leagues in action and five weekends with NFL games. Bets placed online accounted for 64.0% of the total amount wagered in October.

“The final point we are hearing, which is more difficult to quantify, is the impact of the [Las Vegas] Raiders games at Allegiant Stadium,” Lawton wrote in an email to ESPN. “Raiders home games have been generating higher wagering totals for some operators compared to when they are playing on the road.”