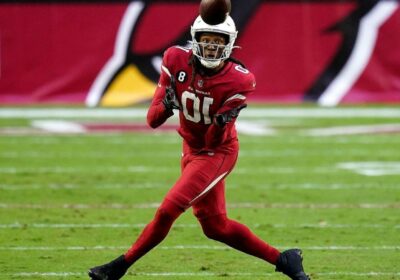 Fantasy football managers tend to love the annual depth at wide receiver, but sometimes they also take it a bit for granted in drafts. Few debate the fact that running back is a bit of a problematic mess, with few stable choices year after year, and then at receiver we know whom we trust and lean heavily on them. Some believe a tiered system exists mainly for running backs. Not so! If one believes the next five wide receivers in the rankings are similar, then it is precisely why one ignores the position for a bit longer.

As noted in my running back tiers column, proper preparation is always key. Making things easier in the heat of a running clock is a welcome advantage and a tiered system helps, and not just at running back. There are perceived drop-offs in value at wide receiver as well, and one can make the mistake of waiting too long to build up roster depth. This is what a tiered system is about: seeing the bigger picture and making better, more informed decisions.

There are myriad ways to construct a fantasy roster, and one can make the case for most of them, in theory, but be careful not to overrate or underrate the position with the greatest depth. That is wide receiver. We love ’em. We need ’em. We can also use a tiered system to figure out their standing, so get ready well before your drafts and figure out how you regard the wide receivers, because they are obviously not all the same.