HULL and Sheffield United fans were involved in a massive brawl during Easter Monday's game at the KCOM Stadium.

Supporters from both clubs wasted no time getting to know one another as they brawled early in the first-half – with Blades fans escorted out of the home end. 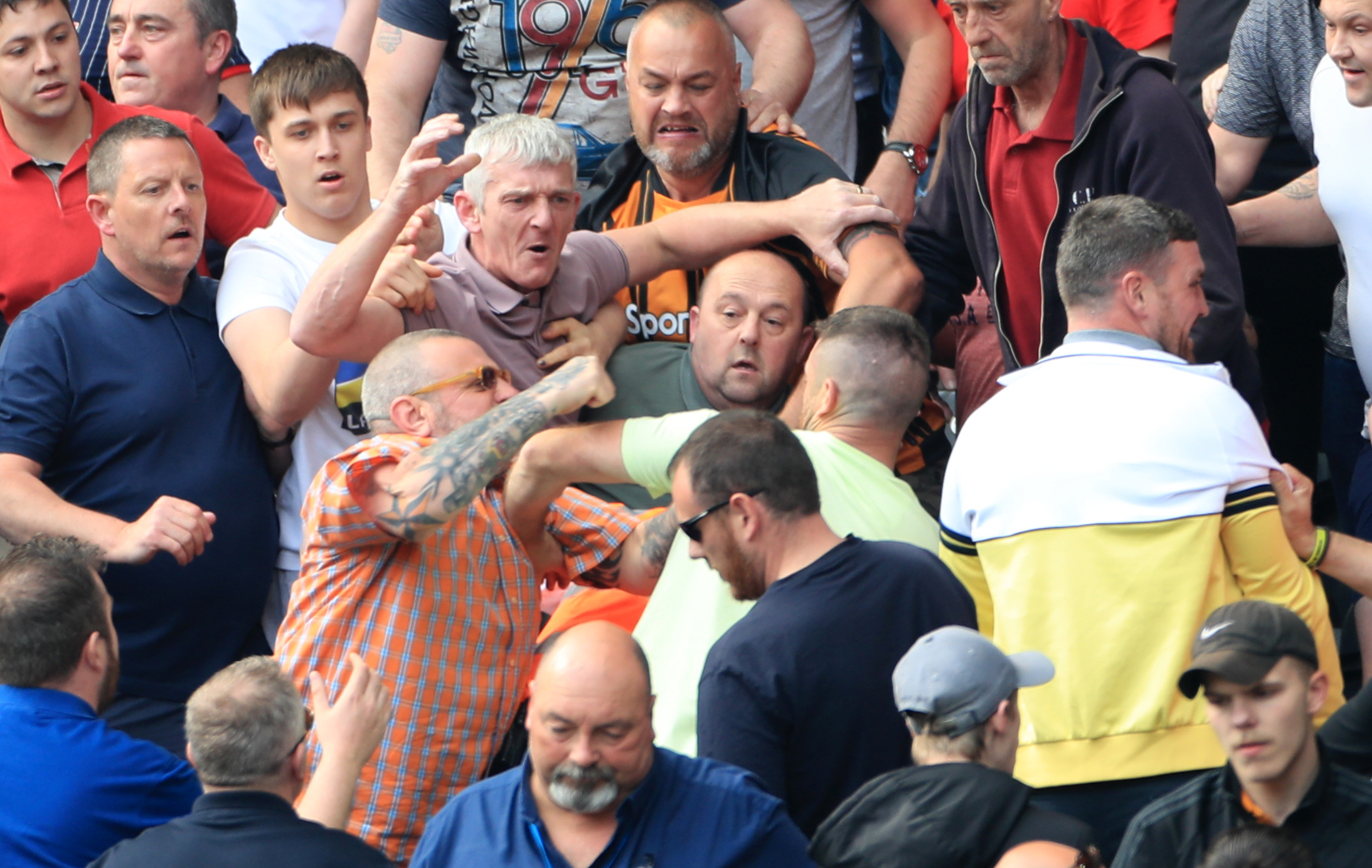 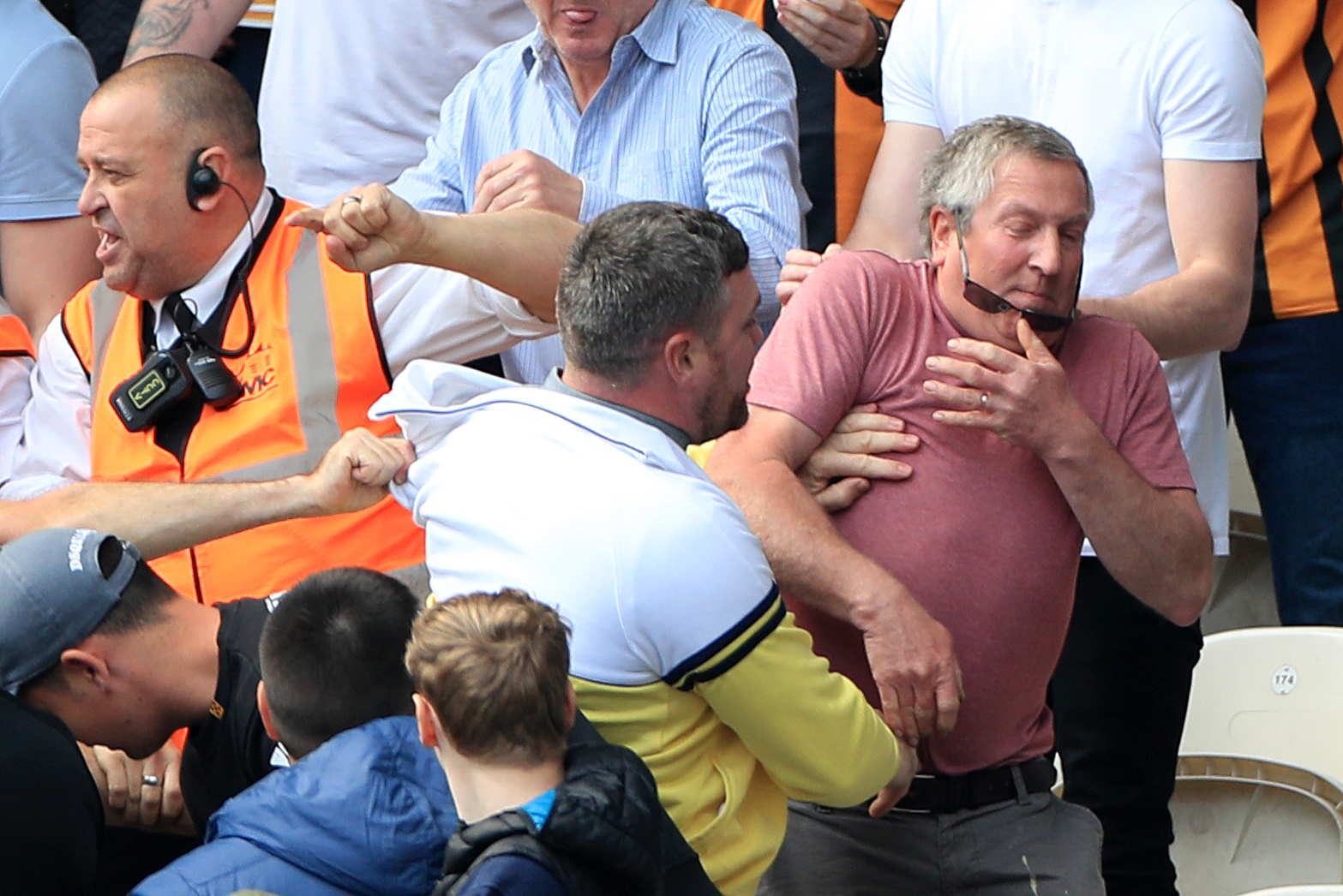 Stewards desperately wrestled for control as supporters launched massive punches at each other early in the first-half of the game.

David McGoldrick had earlier scored twice for the Blades as the visitors took a 2-0 lead – much to Tigers fans' annoyance.

Ends Stevens then made it 3-0 before half-time to rub salt into the wounds of Hull fans.

And powerless stewards could merely watch on and try to hold one or two fans back as hordes of others charged into the melee in the stands.

One fan even had his sunglasses knocked off his head as he approached the scrap in Hull.

As the brawl erupted one fan tweeted: "Sheffield fans in the home ends.

"You make it easy for this to happen by not having a ticket office and not making it affordable for families.

The match was a massive one for visitors Sheffield United who are still desperately battling to win the Championship this season.

The Blades started the day five points adrift of leaders Norwich with three games to play.

And while their hot start would have given them encouragement, news of the Canaries leading away to Stoke would have been a bitter blow.

With just two more matches to come after the Easter Monday schedule, Sheffield United now need Norwich to lose both of their remaining fixtures.

Daniel Farke's side have a game at home to Blackburn and a tricky-looking away-day at Aston Villa to come.

The Villans earlier on Easter Monday broke a 109-year record by winning their tenth straight game against Millwall. 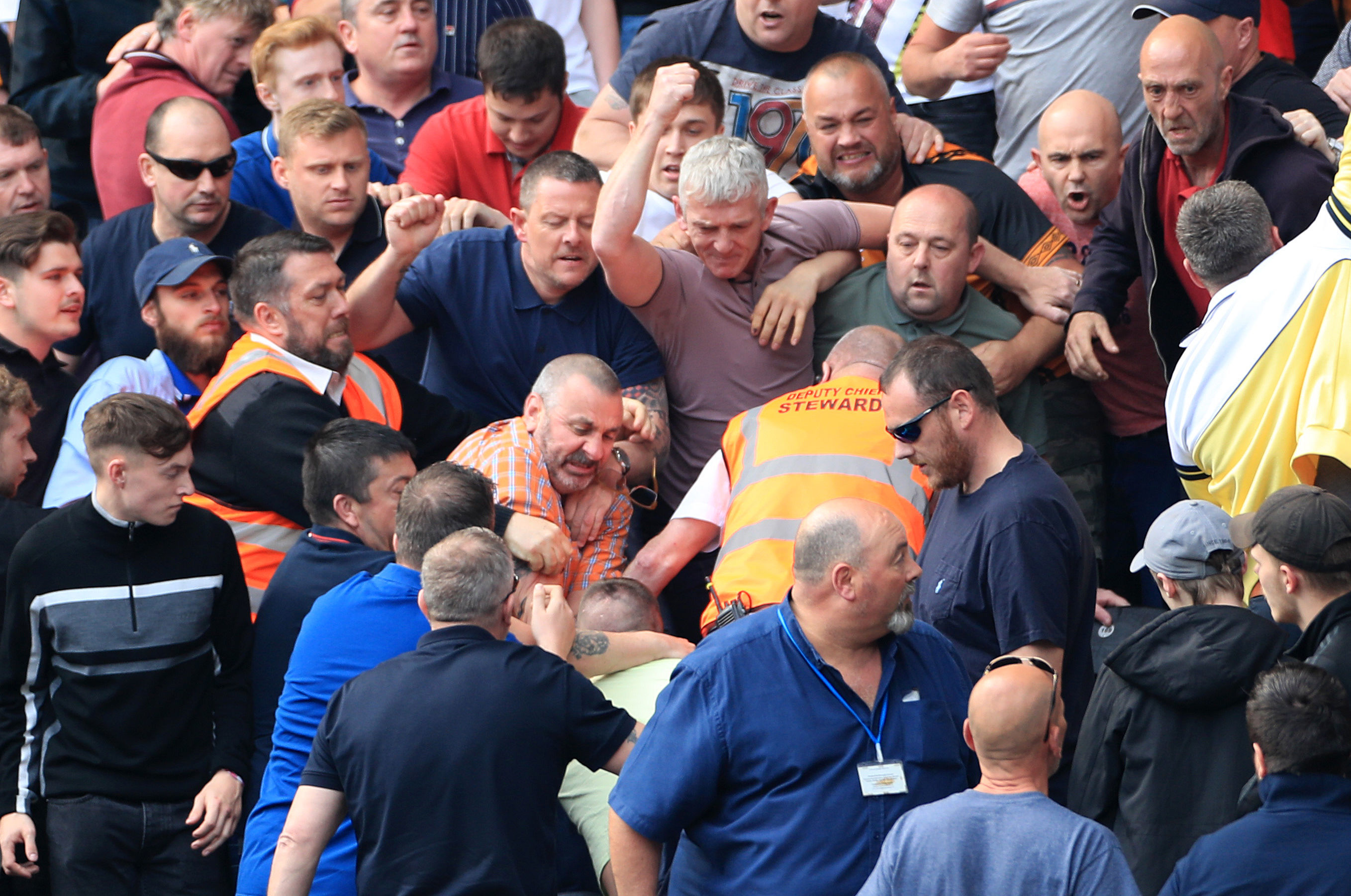 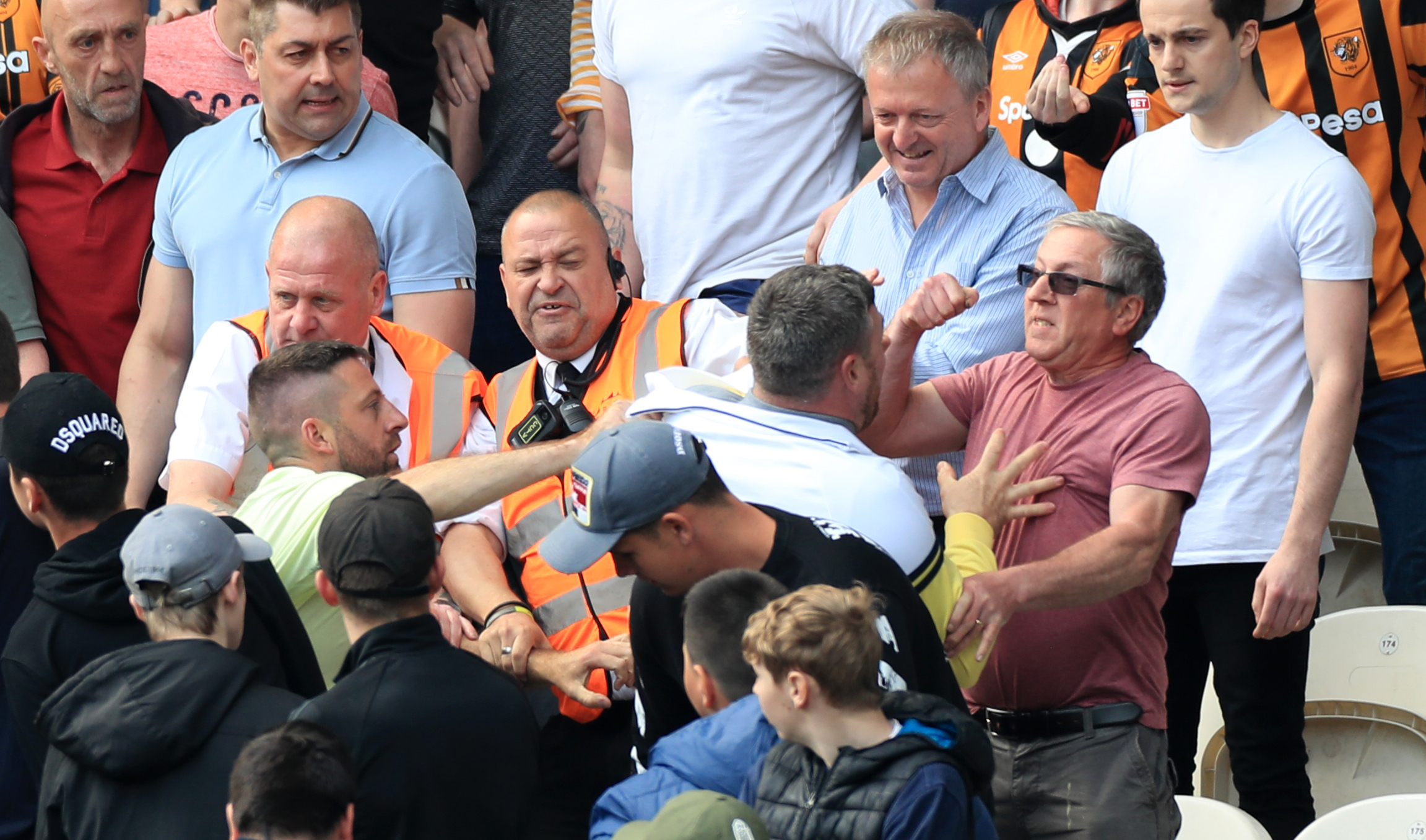 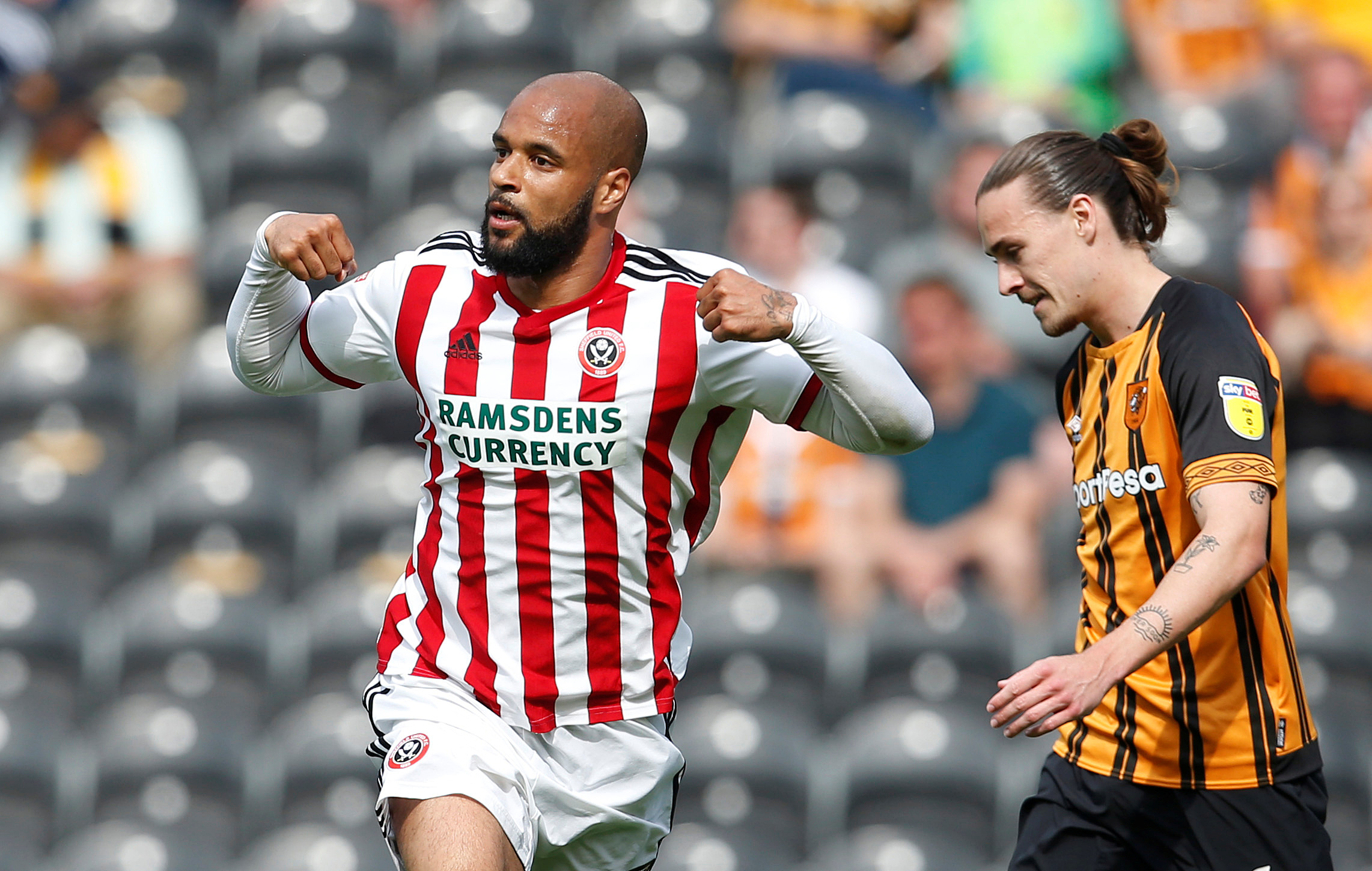