BEFORE you go steaming into either Magna Grecia or Ten Sovereigns – two of the favourites for this Saturday's 2,000 Guineas – take a moment to consider Aidan O'Brien's big-race record.

The Ballydoyle wizard has had plenty of success, but it might surprise you to see how many of his shorties have flopped. 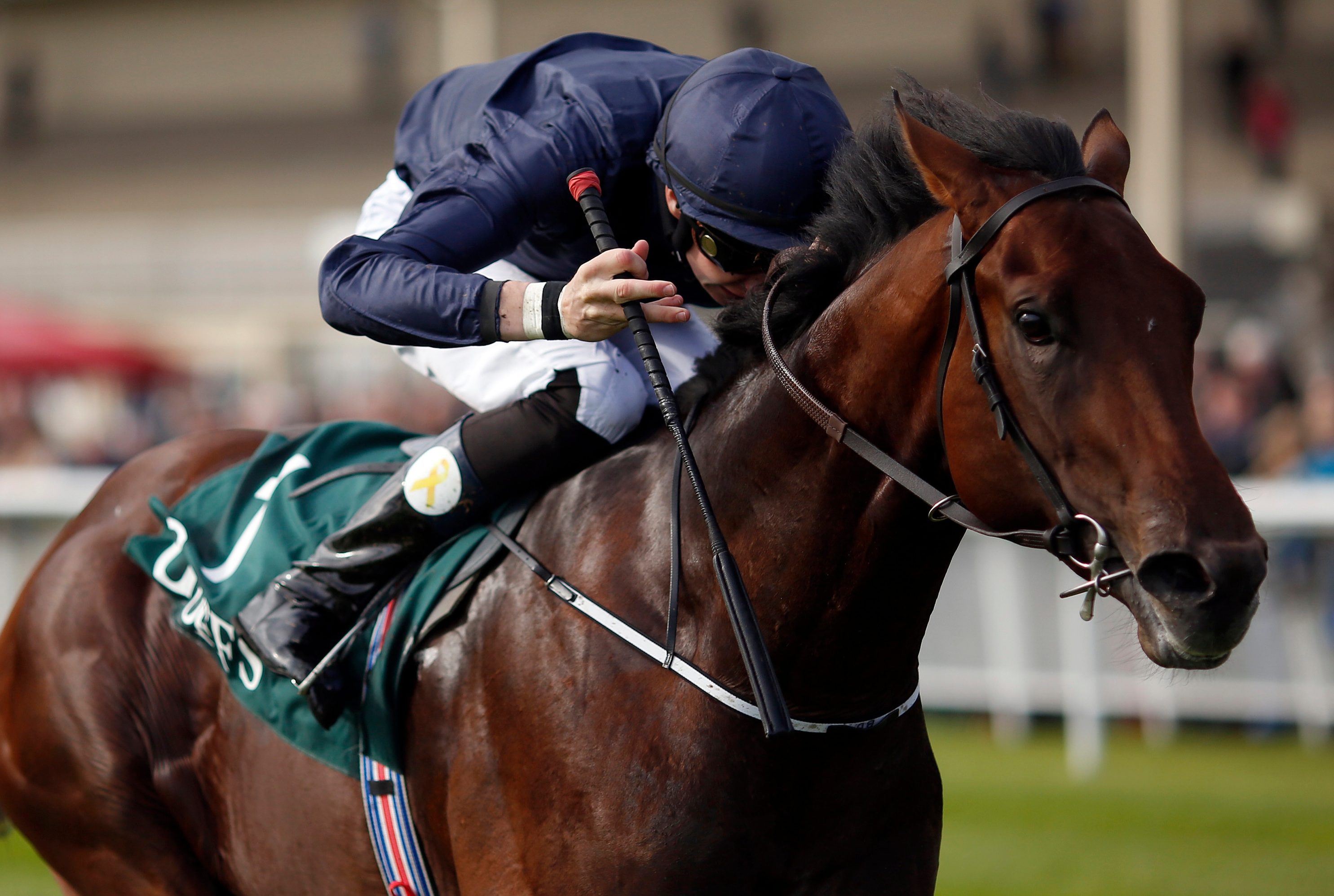 O'Brien liked what he saw from an early stage with the son of Lure.

The Ballydoyle maestro sent him across the Irish Sea to Glorious Goodwood for his debut – and he duly made no mistake, quickening up nicely over the six furlongs to land the odds.

And then just three weeks later, O'Brien whisked him off to Deauville for the Prix Morny – and again he showed a wicked turn of foot to see off 14 smart rivals.

Provided he was as potent a force over a mile, everything was in place for a big effort at Newmarket eight months later.

But favourite-backers knew their fate from an early stage.

Never travelling under Mick Kinane, he was far too free in the early exchanges and used up all his energy by the 3f mark.

It was a desperate postscript to what had been a most exciting fledgling career – the horse many had thought was the next big thing would never win another race. 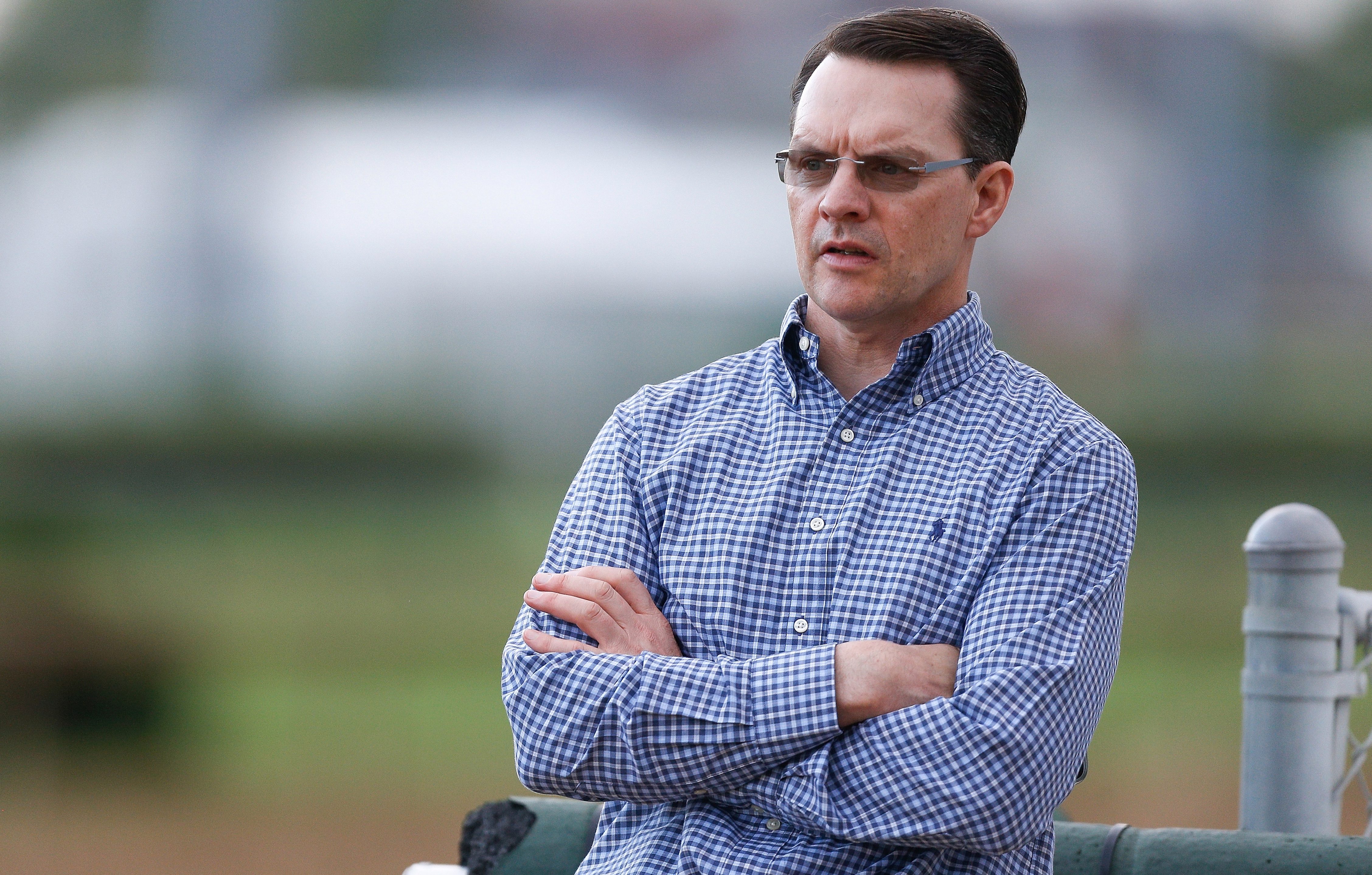 The 'Aidan O-Brien factor' was well and truly in evidence in 2003, with his Hold That Tiger shunted into favouritism despite not being one of the trainer's leading lights.

In the absence of a superstar, punters latched on to son of Storm Cat, whose decent two-year-old season included a win in the Grand Criterium and a third at the Breeders' Cup.

Like many of O'Brien's, he came into the race a fresh horse – but unlike many before him, he ran like it.

Held up in midfield by Mick Kinane, he made some headway three out but couldn't go through with his effort, eventually finishing a very disappointing 17th of 20 behind Refuse To Bend.

It was no anomaly, either. Despite running in four more races he never managed better than second, and was retired to stud soon afterwards. 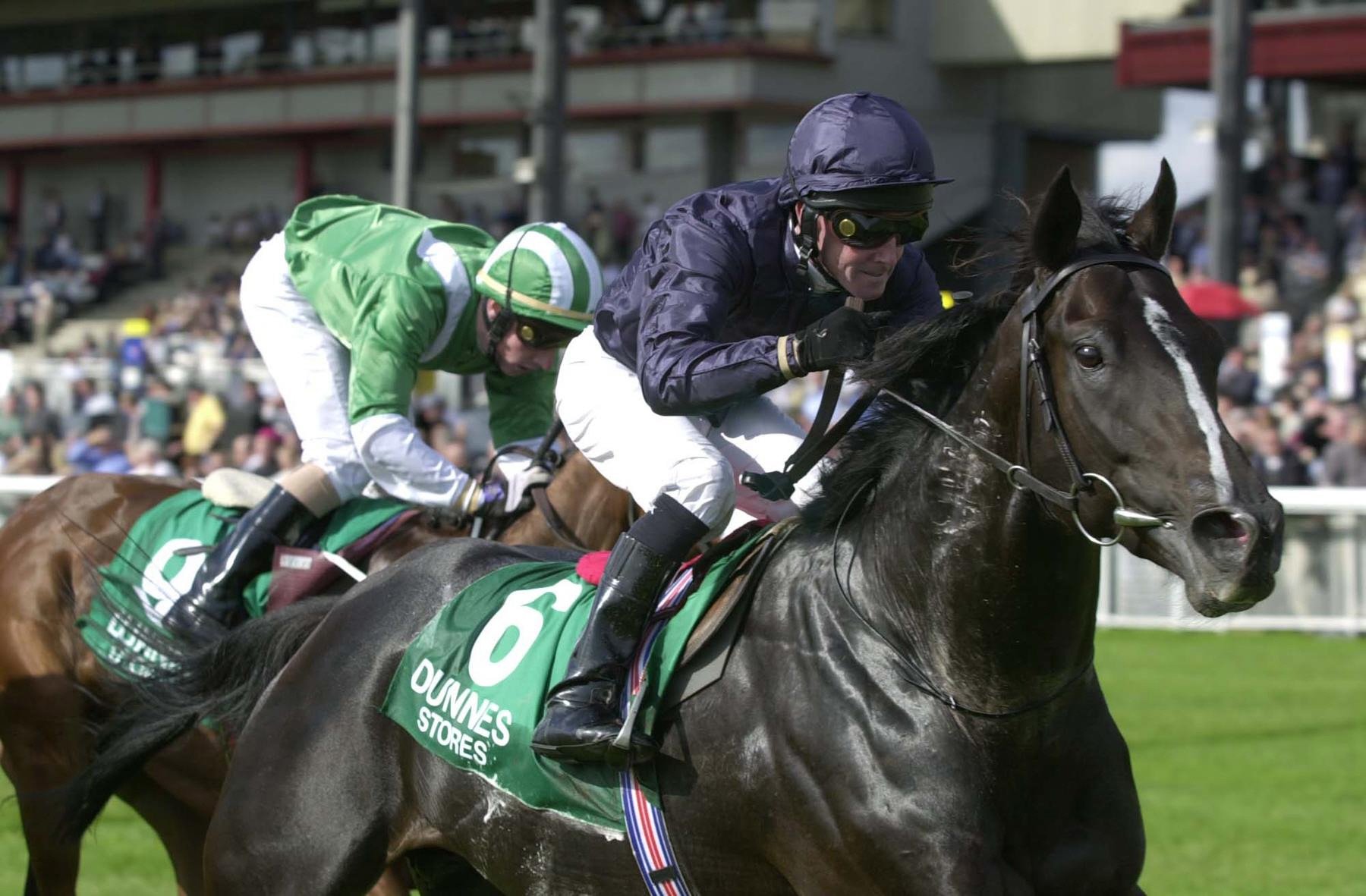 His two-year-old season promised so much.

Four wins from five starts – including successes in the Phoenix and National Stakes – marked him down as one of the most exciting horses on British and Irish shores ahead of the 2004 season.

But even under a trainer as talented as O'Brien, the star two-year-old was unable to reproduce anything like his best form on the Rowley Mile a year later.

Sent off a heavily-punted 15-8f, jockey Jamie Spencer could never get his mount involved and after briefly getting to work, eased him in the final furlong – as Haafhd stormed to victory.

It was one of the most disappointing efforts from a favourite ever seen in the race, and despite picking up a Group 3 later in the season, he never managed to repeat his two-year-old heroics. 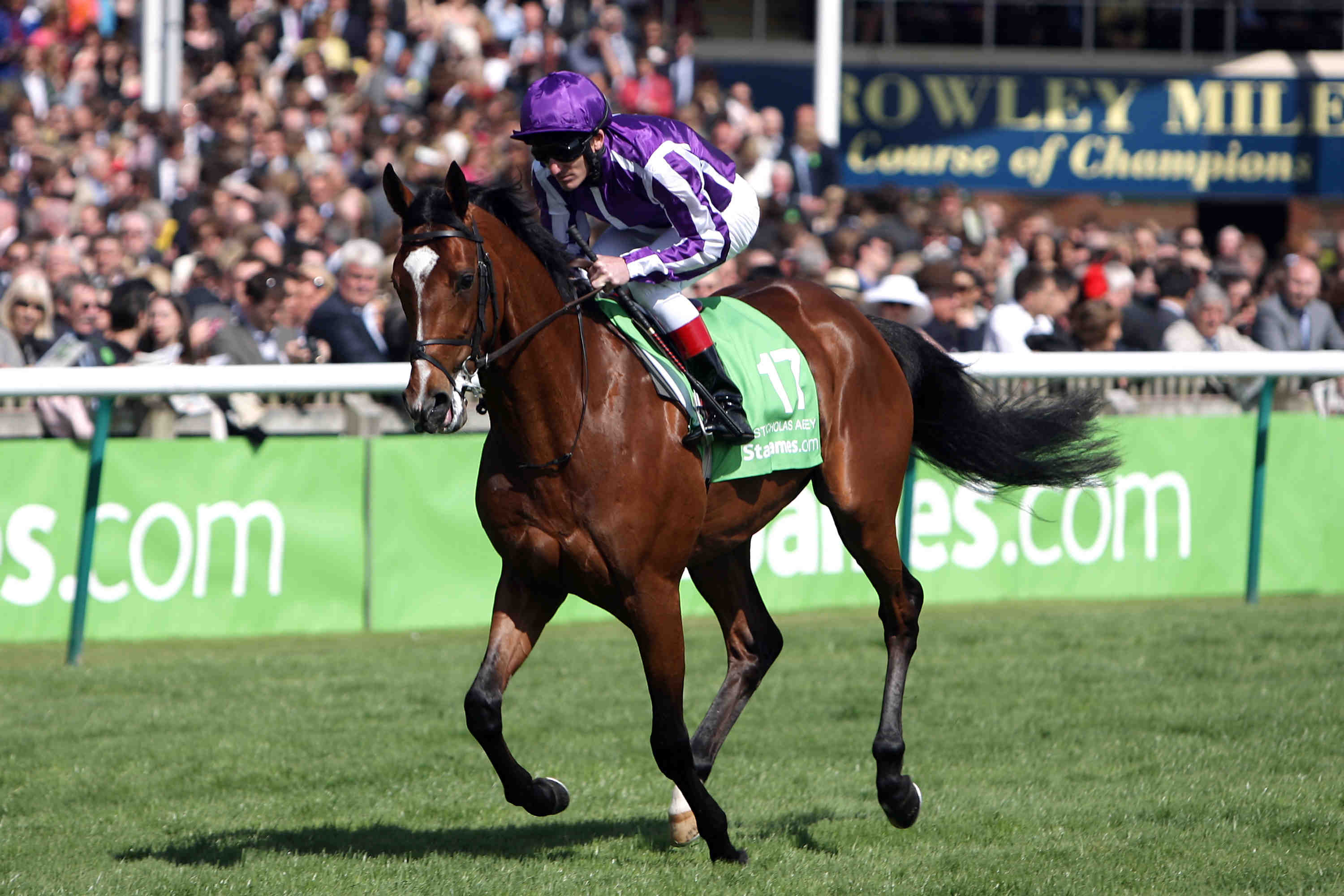 Unlike his predecessors in this list, the eccentric St Nicholas Abbey would go on to be one of the great horses of modern times.

The quirks that appeared later his career were nowhere to be seen in his two-year-old season, however.

Victories in the Beresford and Racing Post Trophy suggested he was well-above average, and punters piled into him over the winter, eventually sending him off even-money favourite for the big race.

Jonny Murtagh had his mount in the perfect position from the off, but half-way through it appeared the out-and-out miler was in need of further.

Caught for toe with two to go, he stayed on again at the death – but it was all too late as French raider Makfi went on to Guineas glory.

In the great scheme of things, it didn't matter.

Subsequent wins in the Coronation Cup, Dubai Sheema Classic and Breeders' Cup Turf showed just how talented he really was. 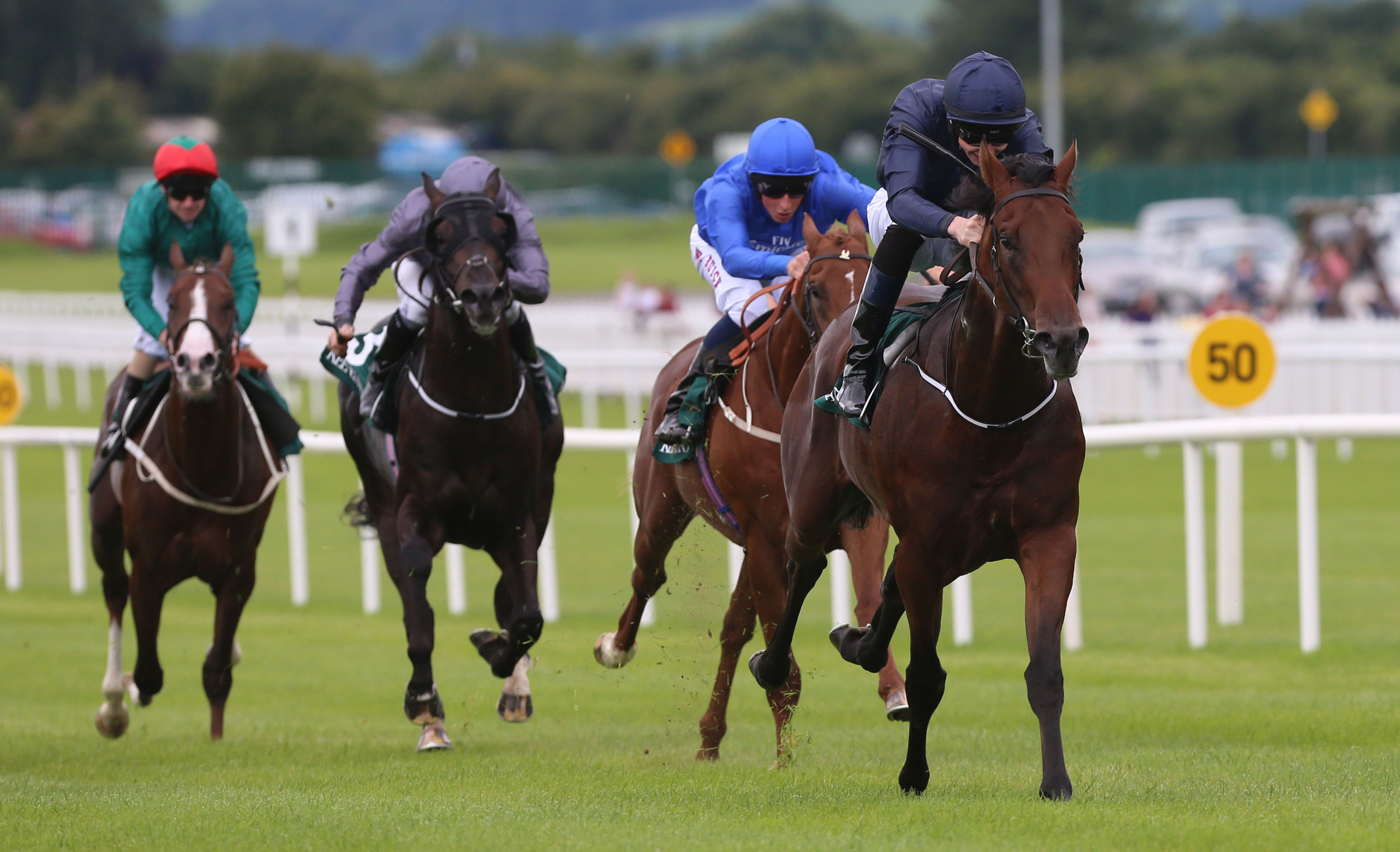 Another star two-year-old to flop in a major way a season later, Air Force Blue is perhaps the biggest disappointment in Guineas history.

Sent off 4-5f in a what was (at the time) a very weak-looking contest, he never managed to escape from the rear, trailing in a well-beaten 12th of 13.

It was an extraordinary downturn in fortune for a colt who'd won the Phoenix, National Stakes and Dewhurst just a few months earlier.

And despite O'Brien's perseverance, he never managed to recapture his former brilliance.

Like so many before him, he would never win another race.