DAVID MOYES is the clear favourite to replace under-fire Marco Silva at Everton – with Mauricio Pochettino an unlikely outsider.

The former Toffees and Manchester United chief, 56, is odds-on favourite to replace the struggling Portuguese boss at 8/11. 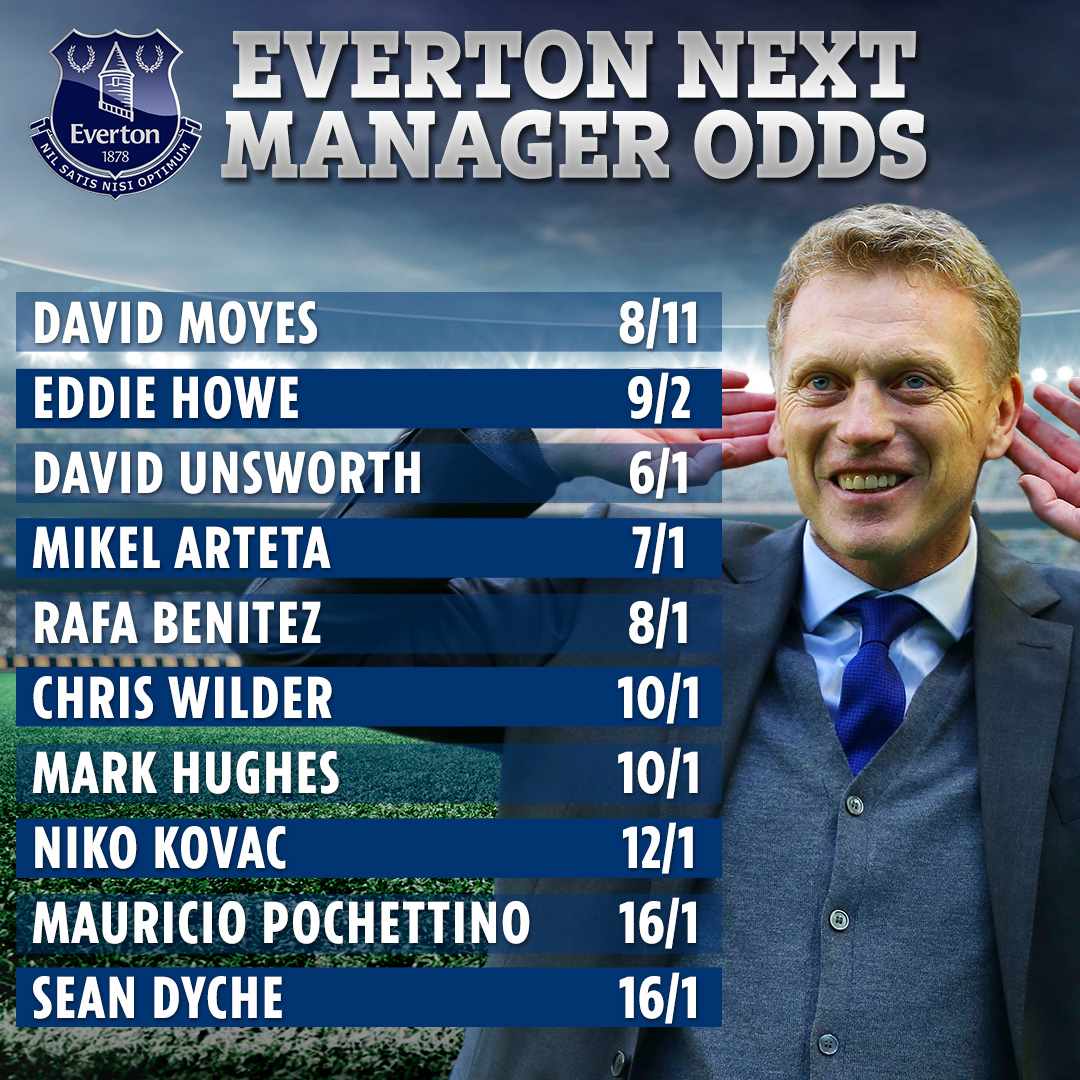 Everton legend and current Under-23s coach David Unsworth is a 6/1 shot to take the top job, having managed the club on an interim basis in 2016 and 2017.

Earlier on Thursday, SunSport exclusively revealed Everton had approached Moyes to be their new boss, with Silva set for the sack.

The club tumbled into the relegation zone after their 5-2 drubbing in the Merseyside derby last night.

The club have sounded out Moyes over returning as boss, who has made it clear he would be up for the challenge of reviving the fortunes of the Toffees.

Now it is a case of the Everton board deciding when the time is right to dispense with Silva, who has lost his way on the back of three straight league defeats.

Moyes has been preparing things behind the scenes to start work immediately should the call finally come.

But they will only be able to persuade him to return to Goodison Park if they are prepared to offer him a deal beyond the end of the season.

Everton owner Farhad Moshiri is in two minds whether the best approach would be to bring in a boss on a short-term deal until the end of the season just to ensure the club is not relegated.

But Moyes believes he can only come into the role and make a difference if he is given the backing to embark on a long-term project to improve the squad.