Essendon coach John Worsfold says the club is "gunning for its next premiership" in the next two seasons,  having developed a list to be in a position to "shape the finals and have a real crack at it".

Speaking at the club’s AGM at Marvel Stadium on Monday, Worsfold said his side was focused on building on the base it established last season, when the Bombers won 10 of their last 14 games and narrowly missed out on finals.

"Only time will tell what we can actually achieve," he said. 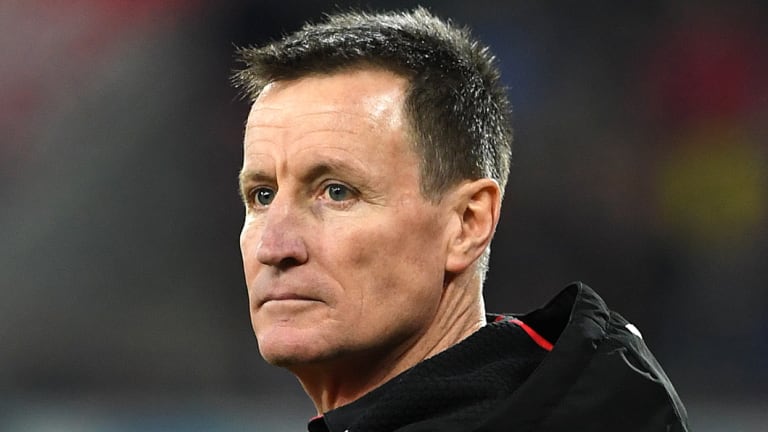 Captain Dyson Heppell said the club’s pre-season, which has had a large focus on player-led culture, has set the club in good stead for next season, noting the relatively good health of the list injury-wise.

"I feel the way we’re training is going to stack up well when games come around … You’ll see the emergence of a number of young players," said Heppell, emphasising the importance of the club’s recent recruits.

Club CEO Xavier Campbell warned one of those recruits, gun midfielder Dylan Shiel, is "not the messiah" for the Dons, saying "we expect him to play a role".

Campbell also appealed to fans to "be patient" with draftee Irving Mosquito, noting the No. 38 pick may need time to flourish in the same vein as fan favourite Anthony McDonald-Tipungwuti.

The Bombers confirmed a bumper $5.7 million profit (before amortisation and depreciation) and a net operating profit of $2.3 million in the year ending October 31 2018.

The result has allowed Essendon to wipe another $3 million from their debt, now totalling $4 million. This represents a significantly improved position from the almost $12 million debt the club found themselves in following the supplements saga.

A further $1.6 million in additional revenue resulted from increased memberships, with the Bombers achieving a record membership tally of more than 79,000 last year.

Campbell flagged further borrowings in coming years, including outlays for the new facility at Tullamarine, expected to cost $20 million, half of which the club estimates it has already raised. The facility, set to be completed in 2021, will include an Aboriginal and Torres Strait Islander sports Hall of Fame, training facilities for Paralympians including a 34-bed dormitory and space for Essendon's e-sports team.

Federal opposition leader Bill Shorten earmarked $4 million towards the Tullamarine facility if Labor is elected at next year's federal election, and Campbell noted ongoing "positive discussions" with the federal Coalition government on a funding arrangement.

Four changes to the club constitution were carried on the voices at the AGM, including an item to remove gendered language from board positions, meaning the chairman will become known as the president.

President Lindsay Tanner acknowledged the "important" gender equality aspect to the change, however stressed the main reasoning for the change is that "companies have chairmen, clubs have presidents – it’s vital we don't lose sight that … we are not a company run for profit by shareholders".

On the field, Worsfold said the club was being cautious with both Joe Daniher (osteitis pubis) and Orazio Fantasia (consistent soft-tissue niggles in past seasons), ensuring their injuries do not become chronic ones that affect them in future seasons.

Meanwhile, Essendon commercial chief Justin Rodski confirmed club is looking to host as many VFL curtain-raisers as practicable for 2019, and the cheersquad award was given to All-Australian and Crichton medallist Devon Smith.