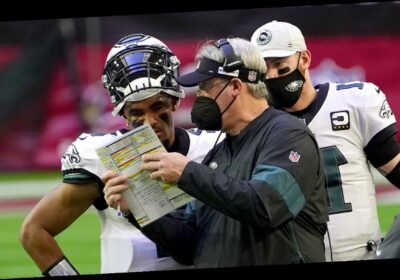 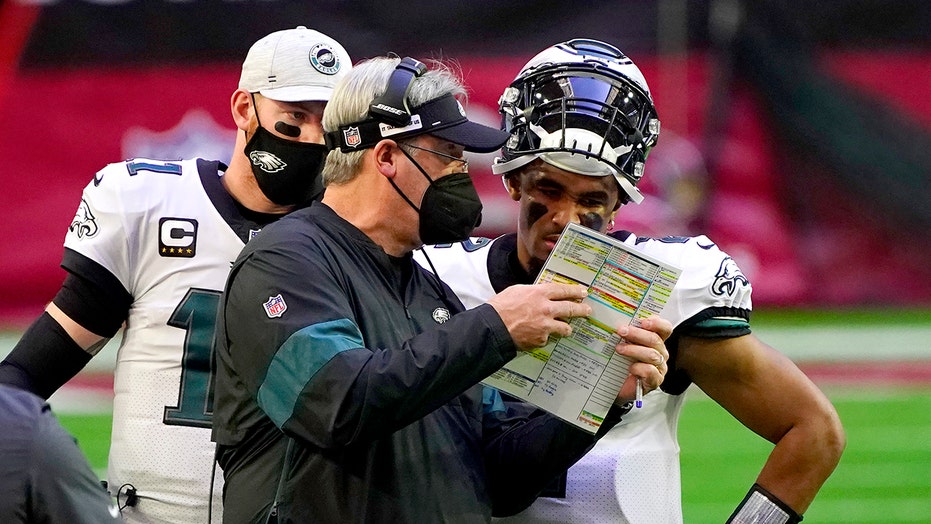 Many sports fans and media members across the country criticized the Philadelphia Eagles for their lack of effort in their 20-14 loss to the Washington Football Team on Sunday night.

Philadelphia had 10 starters inactive for the game, and Eagles head coach Doug Pederson was under fire for benching starting quarterback Jalen Hurts for third-stringer Nate Sudfeld in the second half of the competitive matchup, raising issues with many across the league that the Eagles purposely tanked.

During an interview with reporters on Monday, Pederson stuck to his guns that he was trying to win the game, despite benching their starting quarterback. ESPN reporter Sal Paolantonio, who has covered the Eagles for a long time, wasn’t sold on the team trying to win.

On Monday, Paolantonio made an appearance on "The Dan Patrick Show" and talked about the decision Philadelphia made during the game.

"If I’m the NFL, if I’m Roger Goodell, I’m putting on my Kenesaw Mountain Landis pants on right now and I’m doing a forensic investigation of what went down," Paoloantonio said.

And after Patrick responded with, "You’re being serious?"

"Totally. Two-thousand percent," Paolantonio said. "If you’re saying to me that you’re playing to win the game, well then, who’s buying that?… I think it’s worth the time of the league to find out what happened."

Pederson told reporters he was "coaching to win" but had also planned to give Sudfeld some snaps during the game, according to ESPN. Sudfeld was in the game for the Eagles’ final four drives. Philadelphia was within one touchdown of either taking the lead or tying the game.