England vs Australia: Day two of third Ashes Test in a nutshell 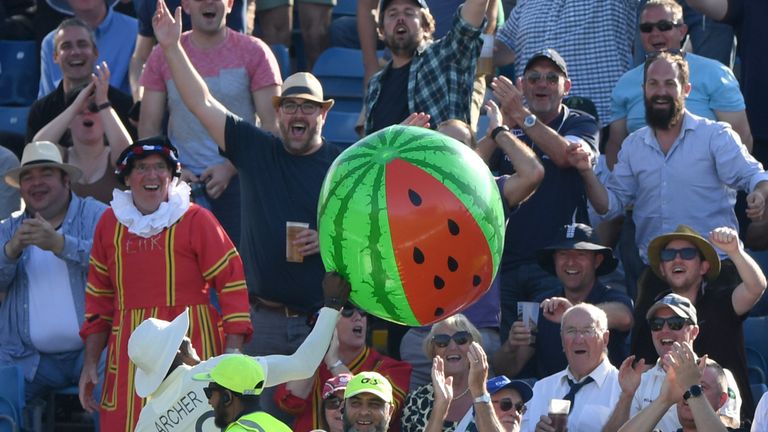 Australia took a huge step towards retaining the Ashes as they seized control of the third Test by bowling England out for 67 on day two, writes Sam Drury at Headingley. 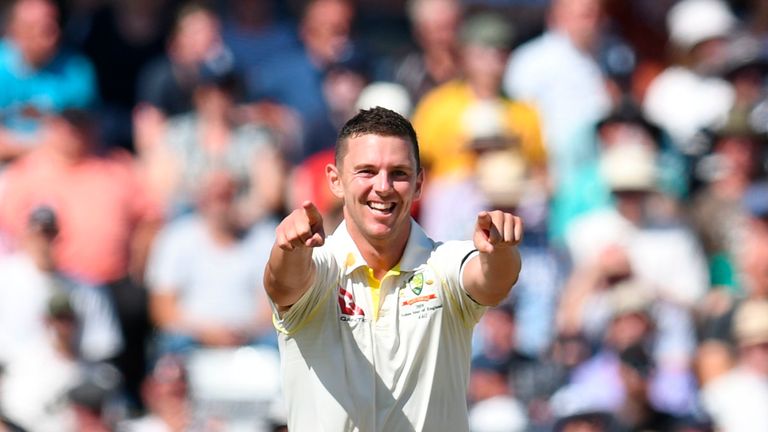 Josh Hazlewood took 5-30 as England conceded a hefty first-innings deficit of 112 in posting their lowest total in Ashes Tests since 1948, despite overhead conditions appearing perfect for batting.

England showed some fight with the ball but Australia were 171-6 at the close, with a commanding lead of 283.

Moment of the Day

Plenty of votes today for the moment Jofra Archer returned an inflatable watermelon to the crowd – and it was fantastic, to be fair.

Root’s returns in this Test have been equally celebrated – by Australians. The England skipper claimed back-to-back ducks for the first time in his Test career as Josh Hazlewood dissected the hosts with another fine exhibition of seam bowling.

Asked ahead of the Test by Ian Ward whose wicket he prizes most, Hazlewood replied ‘Root’ in a flash and he wasted little time in getting his man (again) – following up an lbw decision in the first innings at Lord’s by finding the edge of Root’s bat with a full delivery that the batsman had to play at. Warner – immaculate in the slips – snaffled the sharp chance to his left and England were on skid row. 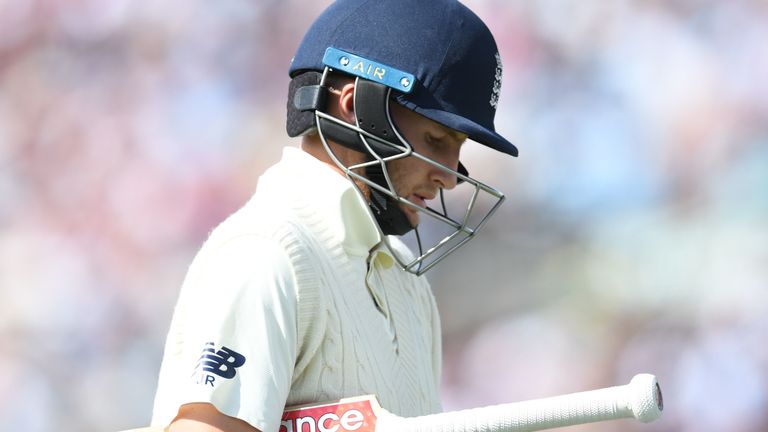 Stats of the Day

England's batting average in 2019 has now fallen to 21.96 – that is the lowest they have recorded in a calendar year since 1950 when they averaged 21.35. England's batting is struggling to a degree unmatched in generations. #Ashes

“I really don’t know what’s going on in England’s heads at the moment,” reflected Beefy, and he was not alone. After all, this was supposed to be a batting day, wasn’t it? But was England’s demise – the third time they have been bowled out for under 100 in a year, by the way – emblematic of a wider degradation in Test batting? Michael Holding and Shane Warne are among those who believe so. Holding, not T20 cricket’s biggest fan it has to be said, believes the sheer weight of short-form cricket on the calendar is affecting technique with the bottom hand becoming too dominant. Meanwhile, Warne says the art of making the bowler come to you, wearing bowlers down and building a long innings is increasingly rare. Perhaps it’s a reflection of society, he suggests, where ‘everyone wants everything now, now, now’. But his great mate Kevin Pietersen says T20 should not be made the scapegoat, tweeting ‘good batters can change the way they play as per the form of cricket’.

Hearing some say that T20 cricket is the cause of poor Test Match batting.

Completely disagree – the standard of batting as a whole isn’t very good!

Good batters can change the way they play as per the form of cricket they’re playing.

What is not in doubt is the quality of Australia’s relentless attack, this time led by the probing Josh Hazlewood, and the damage done by some poor shots – Jason Roy and Ben Stokes particularly culpable. With Rory Burns looking increasingly uncomfortable against the short ball and Hazlewood targeting Root to good effect, Andrew Strauss’ assertion in the second Test England look like a side capable of scoring 300 at best rings worryingly true. If only, some might say.

Tweets of the Day

A glorious sunny day at Headingley and England's top score is 12.

The only specialist batsman to make his England debut since Joe Root's first Test in 2012 and average 40+ is being released by his county at the end of the summer https://t.co/Ko6ZU11zdA

Denly edged seven and played and missed at 16. Apart from that…

Pat Cummins is not just great – he is historic great pic.twitter.com/T1atqo2sw6

NASSER HUSSAIN: “You have to congratulate Australia. I think we knew what a serious pace attack this is – and that’s without Starc and Siddle, who would also have bowled well this morning! The catching and plans were brilliant. Australia were outstanding. England, as we have seen for several years now, just were not good enough against the moving ball.”

RICKY PONTING: “I honestly do not think Roy is a Test match opening batsman. I think he’s a white-ball opening batsman. That said David Warner was not either but he’s been able to build a really solid defensive game around the shots he had. So the next step is for Jason is to work out a defensive game where he can get through the tough times and earn the right to bat where it’s a little bit easier.”