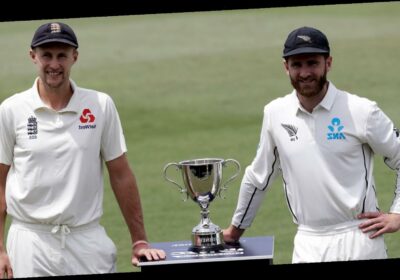 England will begin their 2021 home summer with a two-Test series against a New Zealand side currently top of the ICC Test rankings.

Joe Root’s men will face Kane Williamson’s Black Caps in LV= Insurance Tests at Lord’s from June 2-6 and at Edgbaston from June 10-14.

The Test at Lord’s will mark the first time the sides have met at the Home of Cricket since England’s boundary-countback win over New Zealand in the 2019 Cricket World Cup final.

England’s men will also play three T20 Vitality IT20 matches against Sri Lanka in June, which will precede the already-announced three ODIs against the same opposition. Eoin Morgan’s white-ball side will welcome Sri Lanka for T20 internationals at Sophia Gardens in Cardiff (June 23 and 24) and at the Ageas Bowl in Southampton (June 26).

The three one-day internationals will then take place at Durham’s Emirates Riverside (June 29), The Kia Oval (July 1) and Bristol (July 4).

Ticket ballots have now opened for the June fixtures at The Ageas Bowl, Edgbaston and Sophia Gardens while general sale tickets will be available across all venues from February 22 – refund policies are in place should crowds be restricted because of Covid-19.

ECB chief executive officer, Tom Harrison, said: “The prospect of our England Men’s team taking on the world’s two top-ranked Test nations in New Zealand and India this summer is something for us all to savour.”