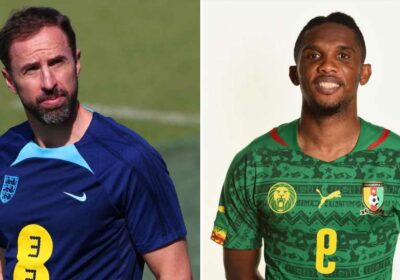 ENGLAND have high hopes they can improve on the last two tournaments and finally get some silverware after 56 years, but THREE pundits can't see it happening.

They have all conjured up the same brave prediction as to how things will unfold. 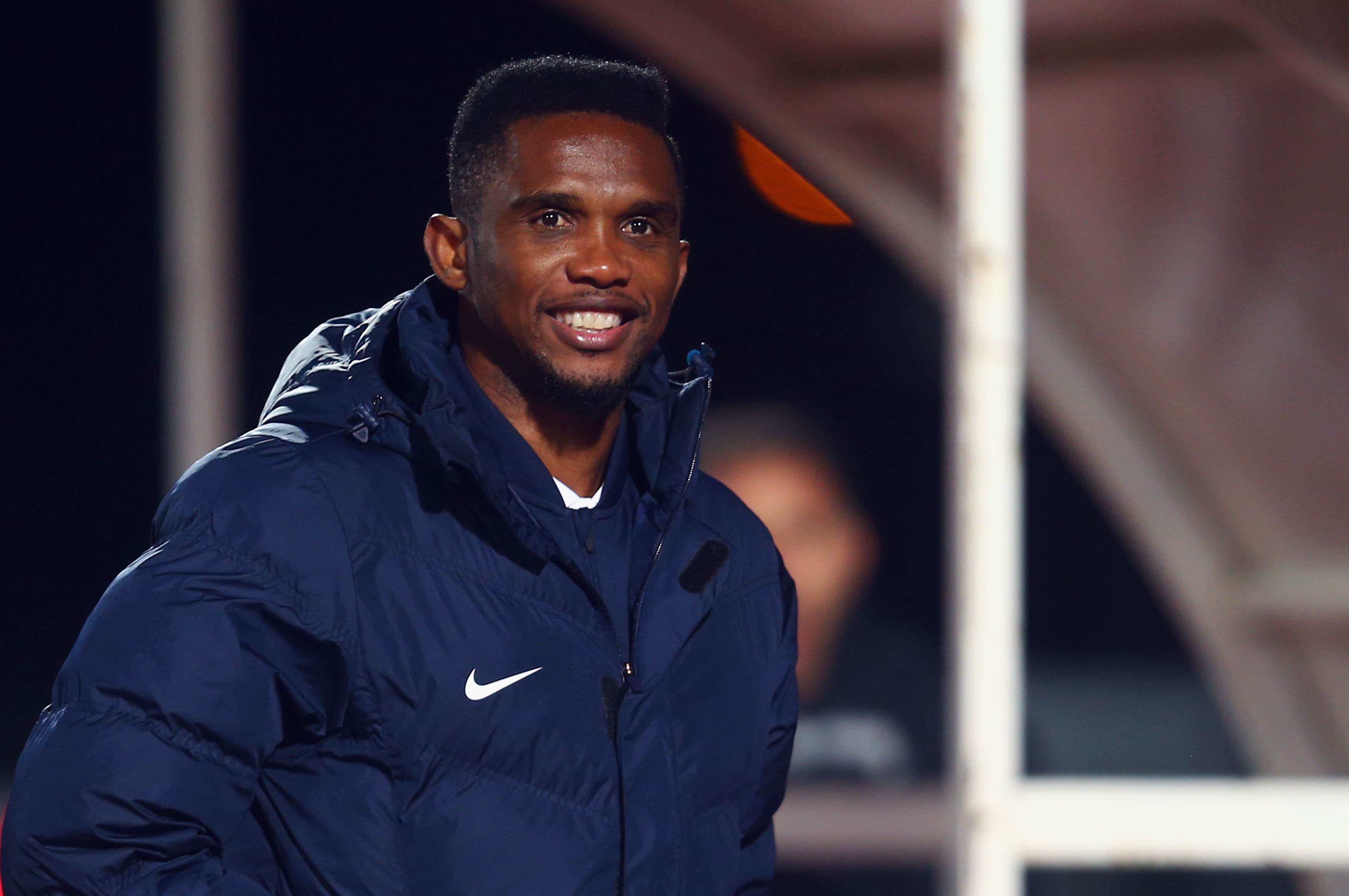 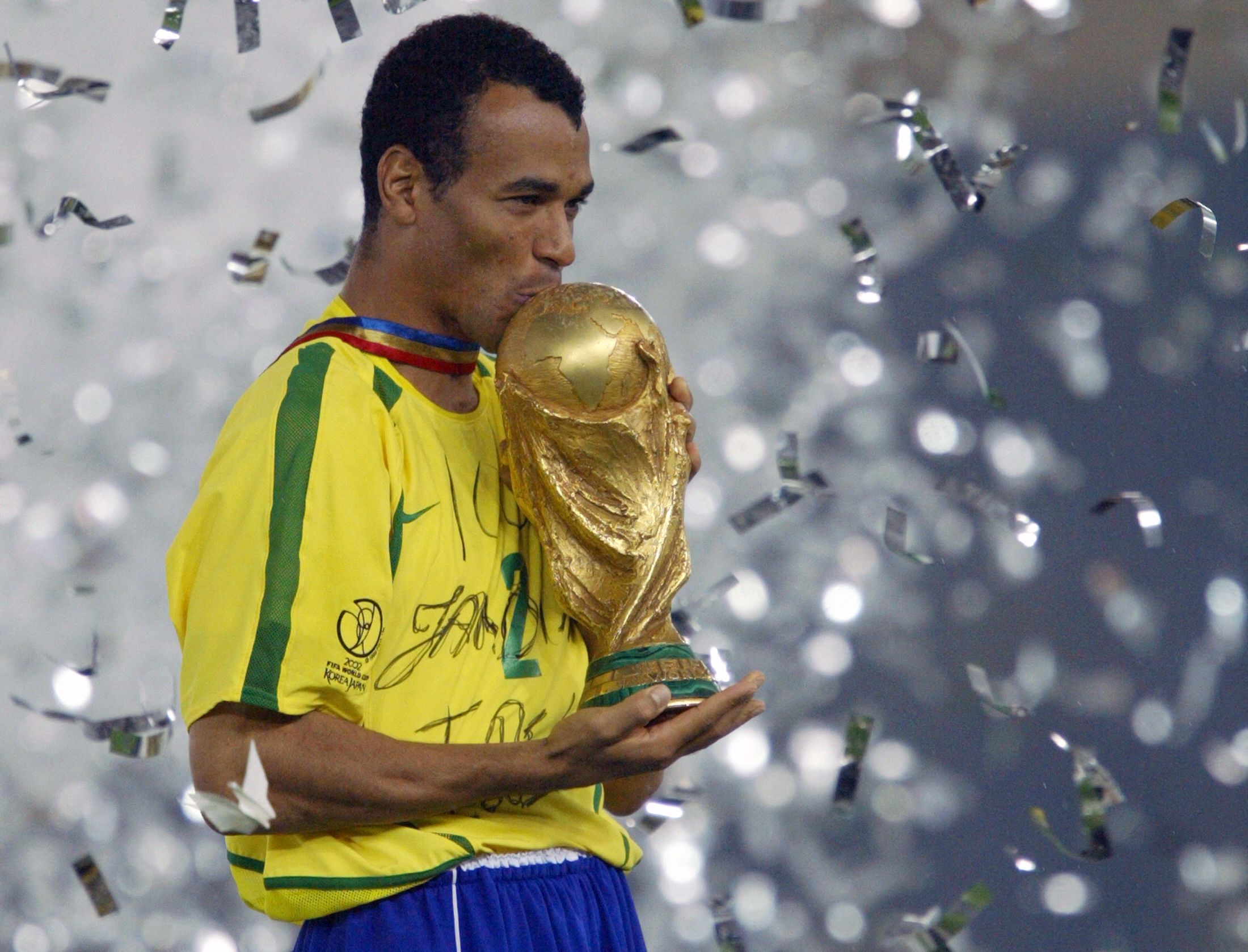 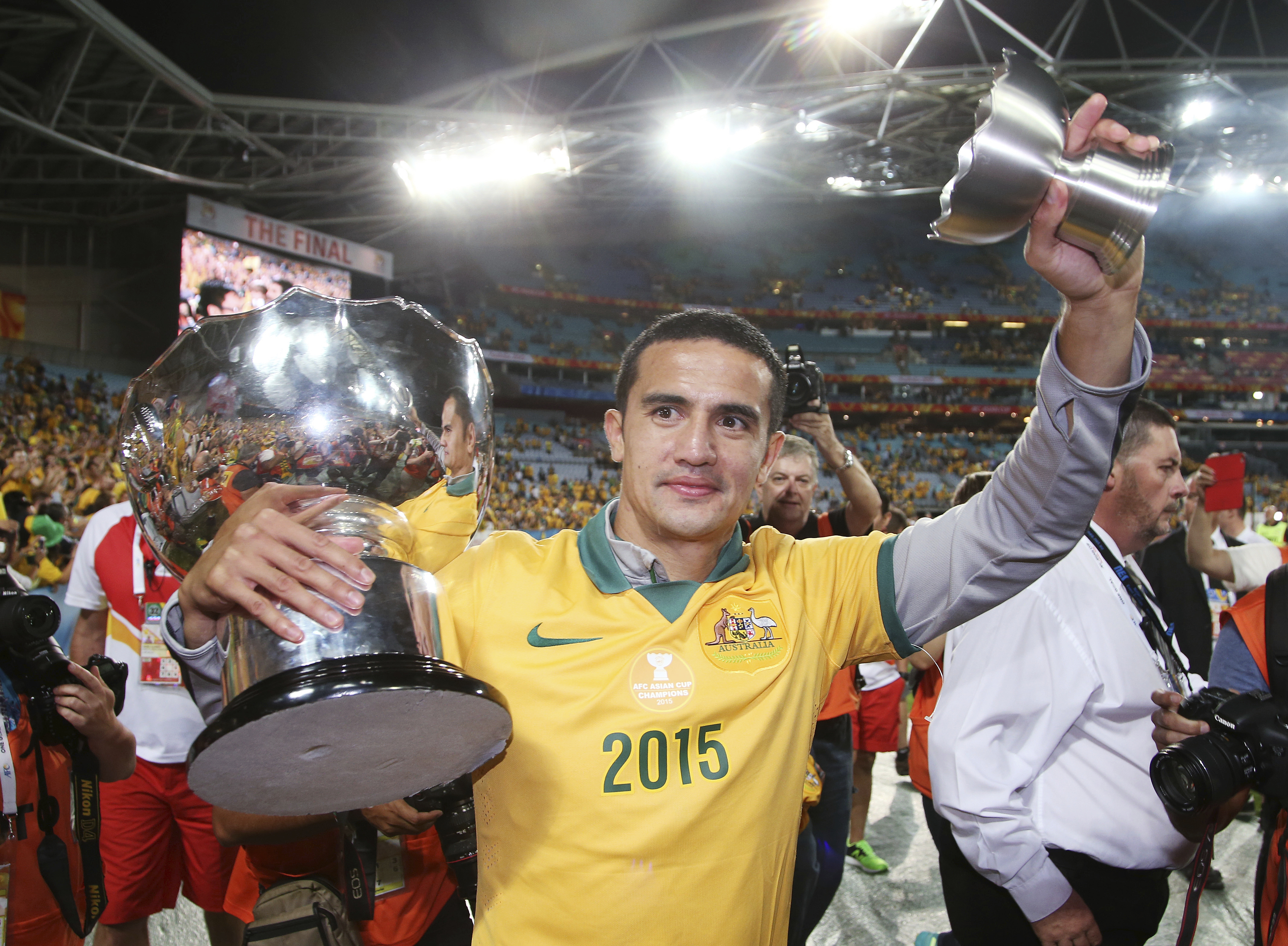 Samuel Eto'o, Cafu and Tim Cahill are ambassadors for this year's World Cup.

And while each has thrown in some daring predictions they have all agreed on one thing: England will lose to hosts Qatar in the round of 16.

Considering Qatar's ranking is third WORST in the whole competition it is perhaps a bold claim to suggest they would even make it out of their group – though stranger things have certainly happened.

Nevertheless, ahead of the opening game on Sunday they have revealed their full predictions for how they believe the World Cup will play out – which we will now take you through.

Kyle Walker OUT of first game, as England train in heat without Maddison 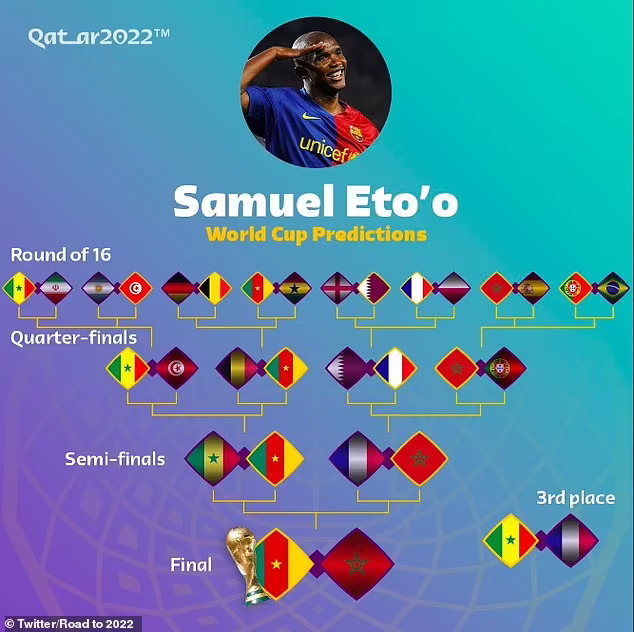 The only footballer to have ever won back-to-back trebles with Barcelona and Inter Milan, former Cameroon talisman Samuel Eto'o may have the most striking prediction of all.

Eto'o predicts his compatriots to come out of their group ahead of Brazil and make a shock run all the way to the final where they will defeat another plucky customer in Morocco.

As already revealed Qatar will beat England according to Eto'o, but they will not have enough to defeat France in the quarter-finals.

African Cup of Nations champions Senegal will be the other team to make the last four, and will even come third by beating France in the third-place playoff. 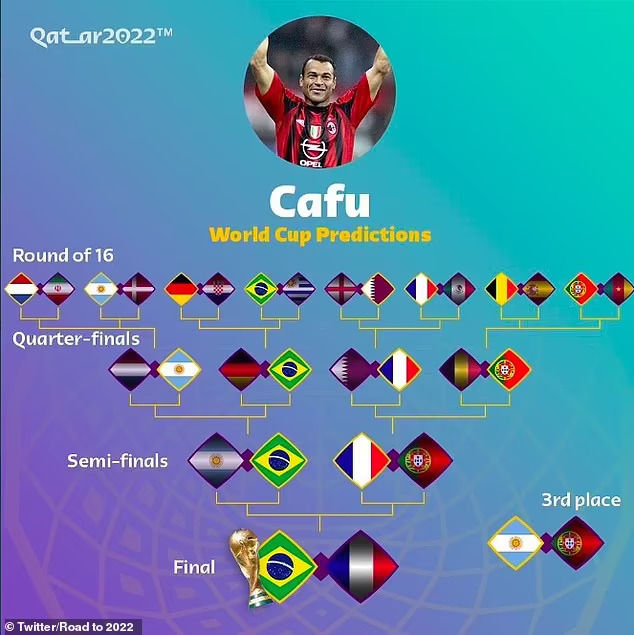 Brazil legend Cafu provides us with a more likely turnout but maintains the Three Lions will not go beyond the last 16.

Like Eto'o, 2002 World Cup winner Cafu is predicting his countryman will get the job done and in this case win a sixth World Cup.

And he reckons they will beat reigning champs France in the final and Copa America champions Argentina in the semi-finals to make it even sweeter. 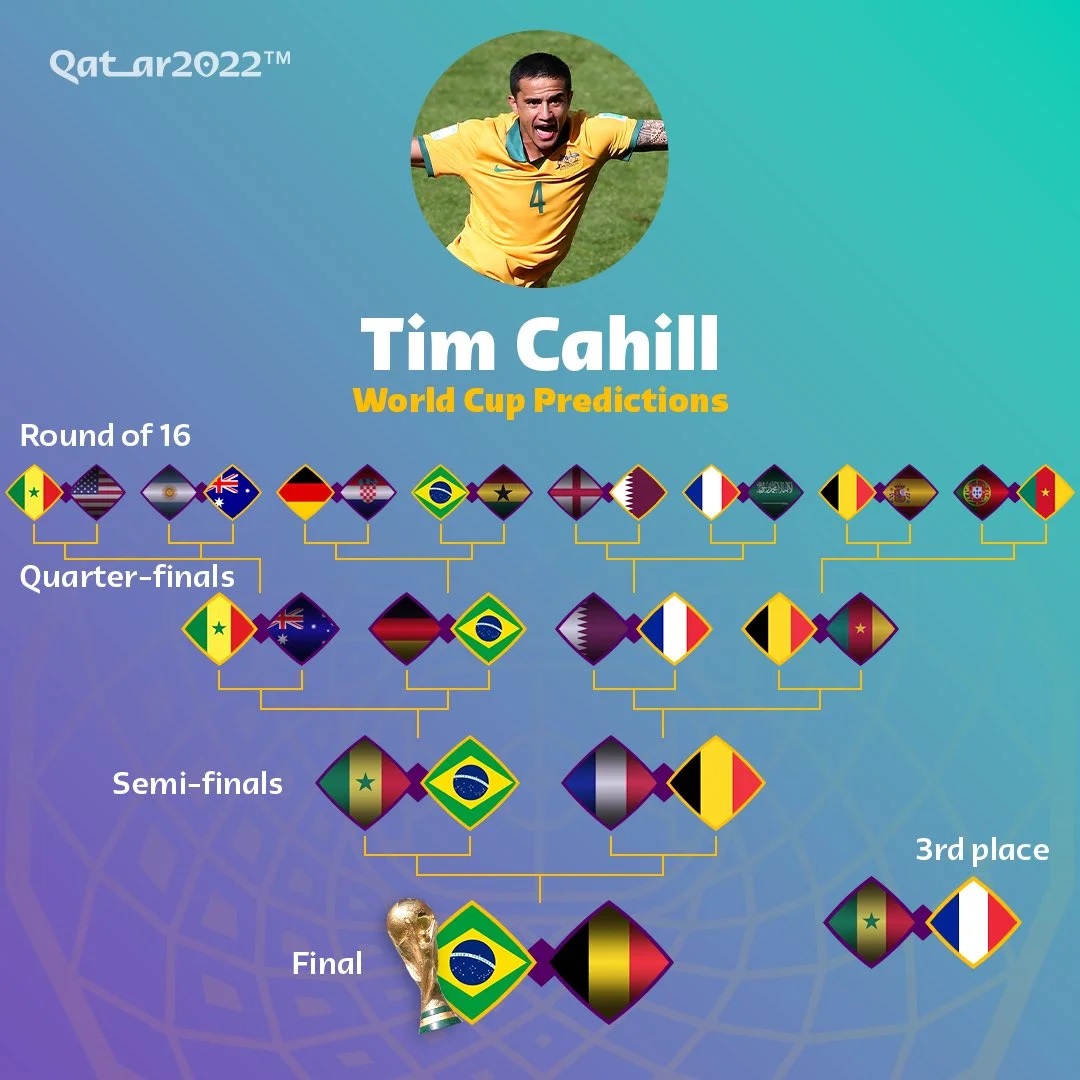 Moving on to the third pundit, Everton cult hero Tim Cahill also reckons Jordan Pickford will be sent packing back to Goodison Park by Qatar in the last 16 too.

Cahill has echoed Eto'o with his prediction of Senegal and France making the semi-finals, but he believes the third-place playoff will result in a France win instead.

Brazil will also win according to Cahill, but Belgium will be their adversary in the final as The Red Devils dispatch of Spain, Cameroon and France along the way.

Perhaps most surprisingly he predicts his native Australia to beat Argentina in the last 16 before they are felled by Brazil en route to their sixth victory, though fans have already given a frosty to Cahill's premonitions.