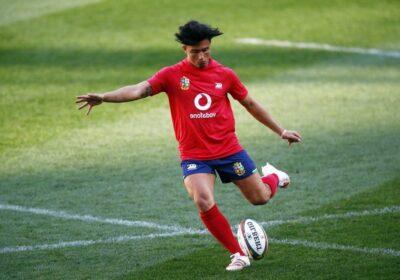 The 22-year-old fly-half has been included in Jones’ training squad for November games against Tonga, Australia and South Africa, having made his debut in the summer.

Hartley hopes England allow the Harlequins rising star to play to his potential.

“Good news, the whizz kid, Marcus Smith has been included. He epitomises everything that is attacking for me,” Hartley said at Prime Video Sport’s launch of their autumn internationals coverage.

“Eddie is smart enough, I am not putting words into his mouth, not to pick Marcus and then constrict him to play a different way.

“I will say give him the keys to grandpa’s car, let him take a spin and be surprised if the car comes back.

“I don’t know what old guy they can bring back. Maybe bring back Danny Care, there is a reason Marcus Smith is so good. He puts the ball in Marcus Smith’s hands.”

“What is easy to do is watch Marcus Smith and say he has to play for England,” he said. “I say it because it is easy.

“But to pick him you have to leave George Ford out, leave Owen Farrell out, these are more difficult decisions than just picking somebody.

“It will be significant, if England pick him they have to let him play his way, which is not the way they have been playing. They have got some wonderful talent, rip into it lads and use it.”