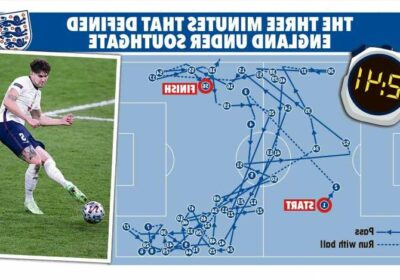 Then something quite extraordinary happened. 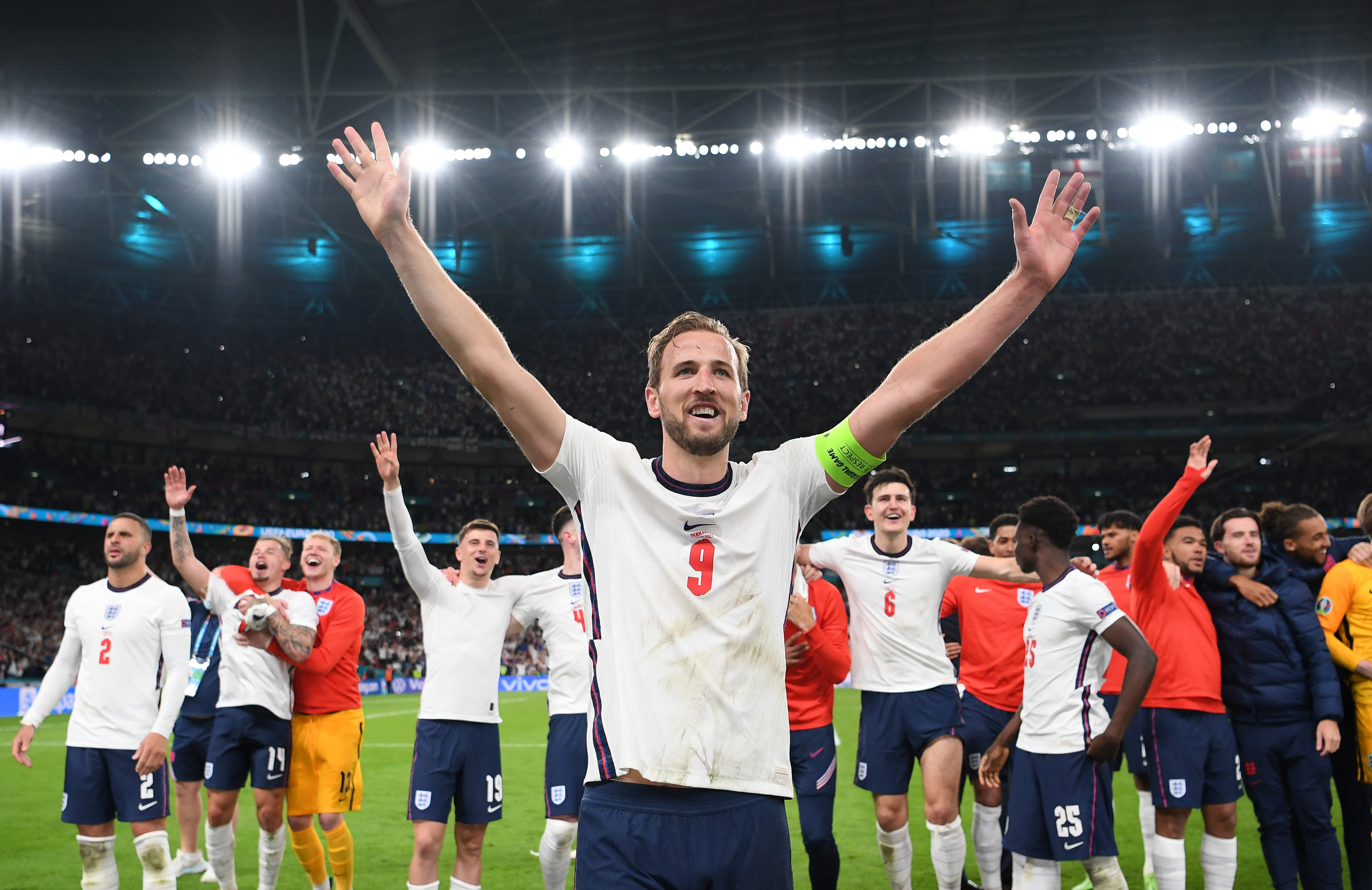 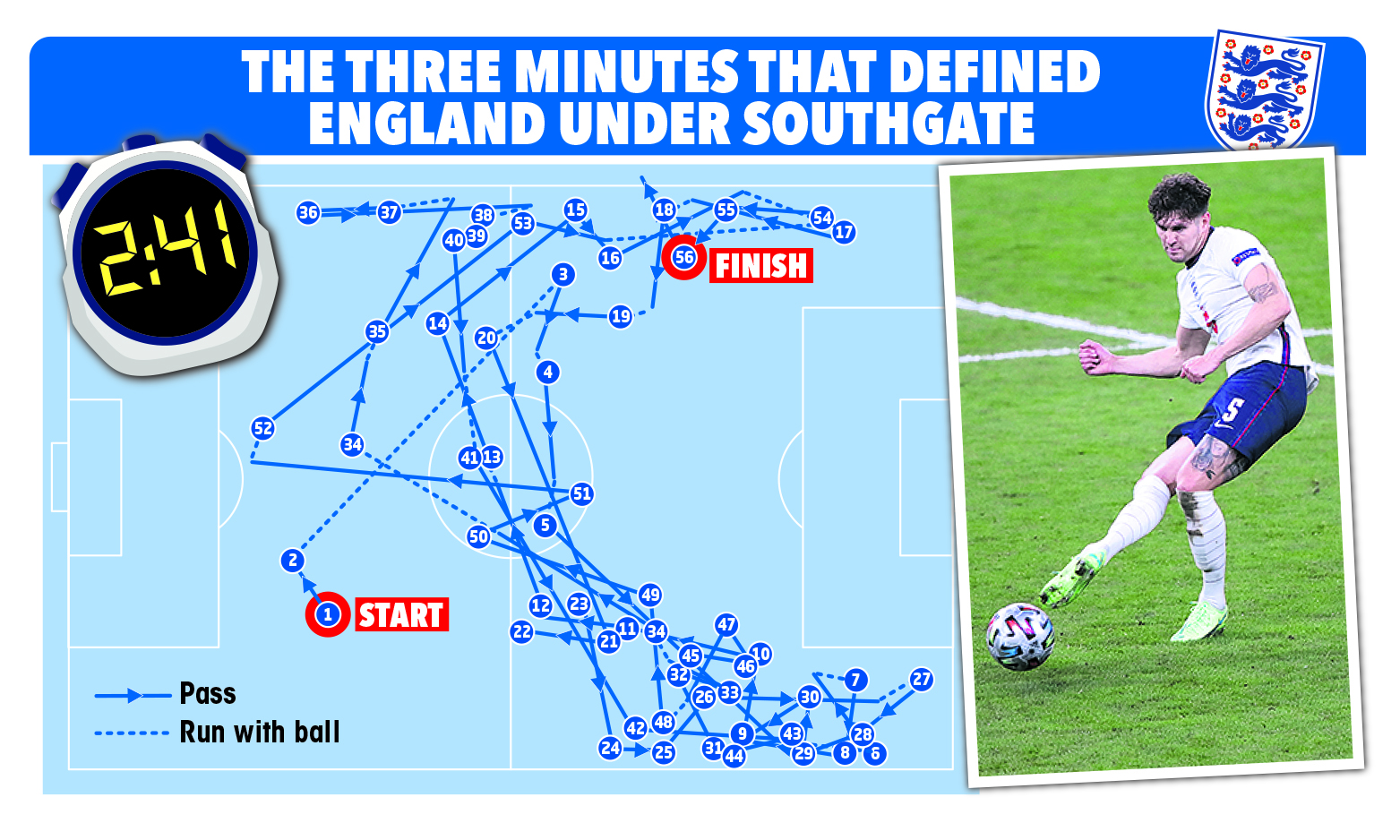 For two minutes and 41 seconds, England did not lose the ball.

They made 54 consecutive passes, knocking the ball around with all the ease of a training drill.

The ball goes from right to left to right again — pulling the tired, spent Danes all over the turf at Wembley.

Those 54 passes made up the longest possession at Euro 2020 so far, eclipsing a 43-pass move from Germany when they beat Portugal in the group stages.

England also come third on the list, thanks to 42-pass  moves  against  Croatia in the group matches and Ukraine in the 4-0 quarter-final victory.

In the last five minutes against Denmark, England enjoyed    an  incredible 75 per cent possession.

They have averaged just shy of 54 per cent in the tournament so far.

And in extra-time, as a final place was secured, they completed 90 per cent of their passes.

And after Roberto Mancini’s men commanded just 29 per cent of the ball in their semi-final win over Spain, England could expect to see more of the same.