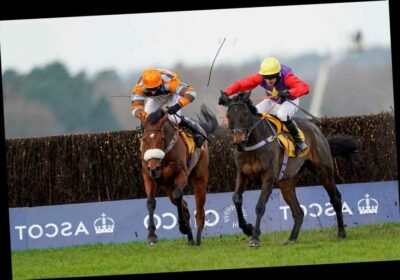 CYRNAME’S hopes of a reputation-saving win were Dashed at Ascot. 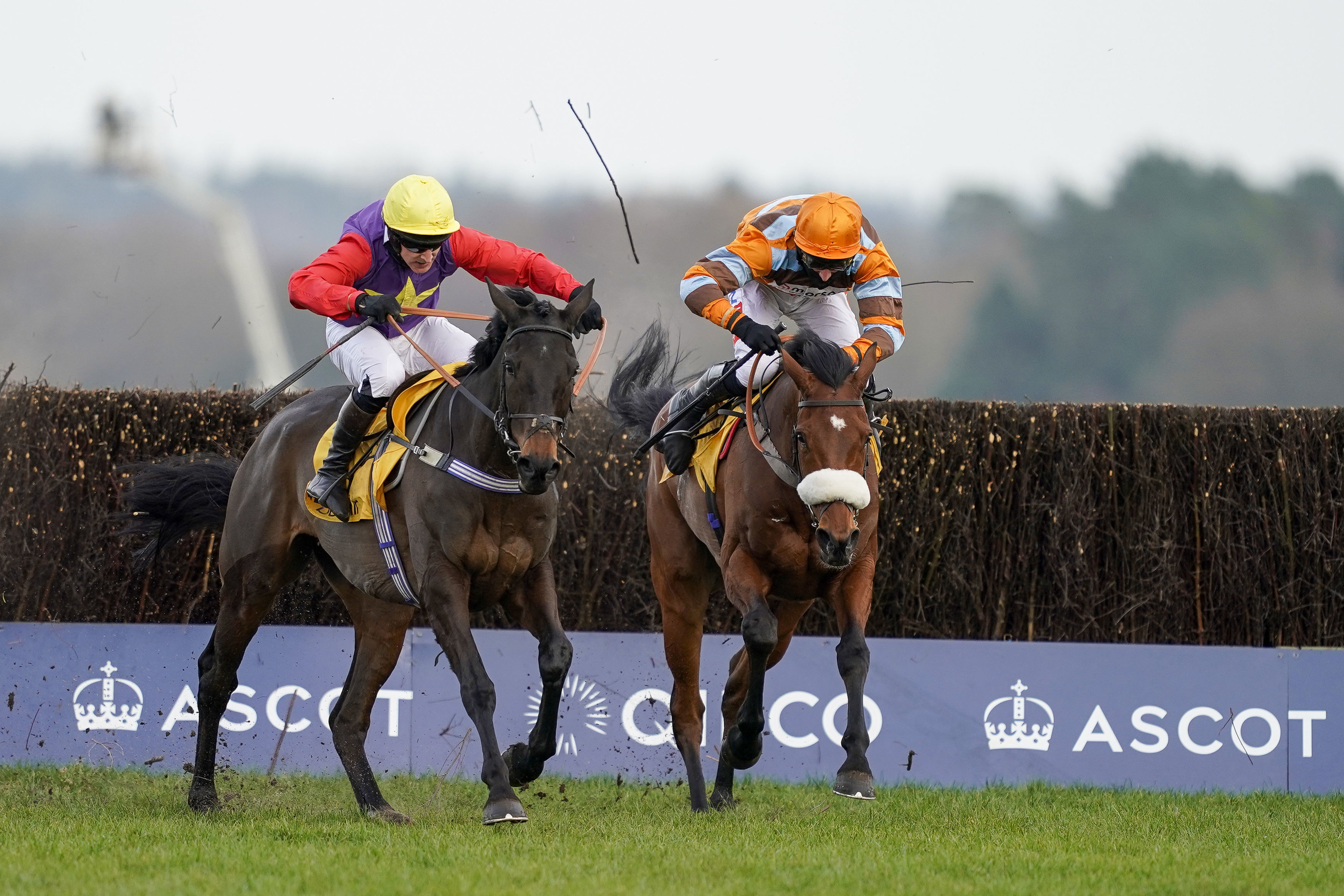 All eyes were on the hot 5-4 favourite Cyrname, who was so impressive first time out in the Charlie Hall but who had a point to prove after a tame effort in the King George.

Paddy Power: New Customer Offer. Place a £5 bet on any horse racing market (February 20), at min. odds 1/5 (1.2) — get £20 in racing free bets. Only deposits via cards or Apple Pay will qualify. Free bets will be awarded after the qualifying bet has been settled. T&Cs apply. Paddy's Rewards Club: Get a £10 free bet when you place 5x bets of £10+. 18+ Begambleaware.org

The early signs were good, as he got the better of an early battle for the lead with Dashel Drasher (4-1) and settled into a good rhythm on the lead under Harry Cobden.

But heading out onto the second circuit, jockey Matt Griffiths moved Dashel Drasher up to eyeball Cyrname and he quickly chucked in the towel, eventually pulling up.

Master Tommytucker (7-2) loomed up on Dashel Drasher’s tail as they turned for home, but the leader found plenty for pressure and survived a scrappy leap at the last to hang on.

The result gave Griffiths his first ever Grade 1 win and ended an eight-year drought at the top table for Scott – who also bred the horse.

The winning jockey said: “He has done it well in the end. I didn’t really want to go to the front when I did but I knew Daryl was right behind me.

“He has done very well to win as he missed the last but he still picked up.

“If Cyrname turned up he was going to be hard to beat, but I thought I had him beat when got back to where we started.”

Scott added: “Our task was to try and put Cyrname under pressure. But as soon as we got upsides him and got half a length up, he wilted.

"It's very special as we bred him as well. I don't usually get emotional but I'll admit I was welling up after that." 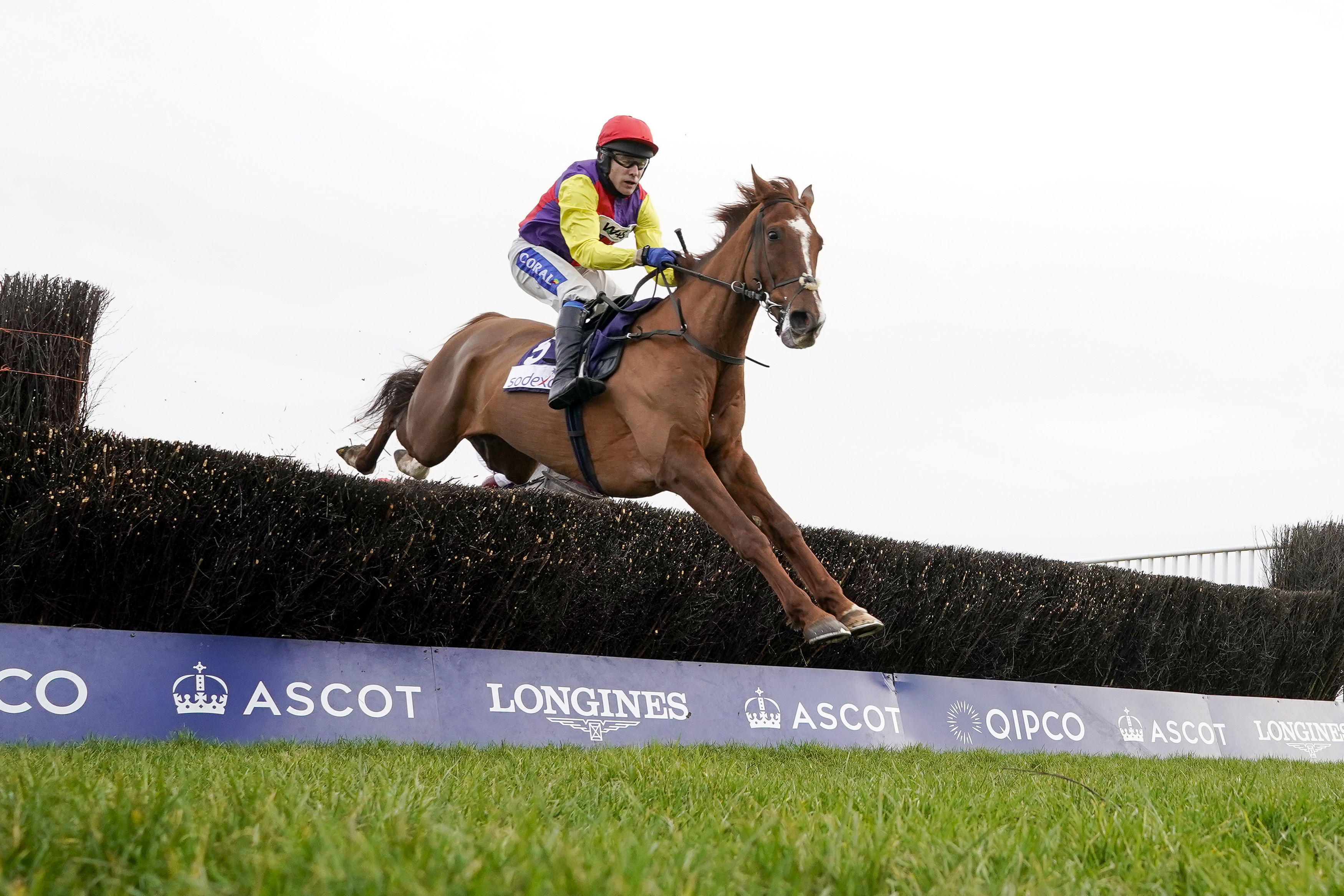 Earlier on the card, Remastered made it 3-3 over fences with a bold front-running win in the Grade 2 Reynoldstown Novices’ Chase.

He jumped like a buck and with pinpoint accuracy under Tom Scudamore, leaving a decent field in his wake.

He is now just 20-1 (from 33s) for both the 3m6f National Hunt Chase and Brown Advisory Novices’ Chase at Cheltenham with Betfair.

Scudamore said: "He jumped superbly all the way round, and fences have made a real man of him.

"He's unbeaten over fences and has really taken to them. He's got plenty of options at Cheltenham.

“He's only run once there before, but that was over hurdles and a couple of years ago."