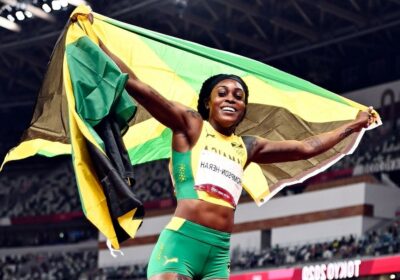 Elaine Thompson-Herah became the first woman to successfully complete the double-double. And in doing so she, well, did what everyone thought she should do.

The remarkable time of 21.53, even on this springy track, was too good for the seven others who were also on it. The 100m gold she won in Rio was defended in Tokyo’s Olympic Stadium on Saturday. The 200m title re-confirmed by her move ahead on the same stretch, albeit lane seven rather than four. Again, everything she was expected to do at these Games.

There’s a phrase in every kid in Jamaica hears when they come back boasting of a good grade or an aced test. “Wha mi send go school fi do”.

Essentially: “What do we send you to school for?” To do exactly this – to get good grades, to ace tests. You were sent to study, and you studied. What else?

As Hycenth Thompson celebrated her granddaughter passing the 100m finish line, she let loose: “Wha mi send yuh go Tokyo fi do,” she asked. “Nuh fi run.” What else were you sent there to do in Tokyo but to run? Which she did, better than anyone else on show.

The expectation of the bookies, us and Hycenth did not mean the achievement was any less spectacular. The 29-year-old held a lead out of the bend, looked to be up against it for the majority of the home straight before shifting up to allow a celebration across the finish line. That’s what she did when she was sent to Rio and that’s what she was always going to do when she was sent to Tokyo.

Thompson-Herah’s compatriot Shelly-Ann Fraser-Pryce was on her shoulder but faded into the rushing pack. Right at the death, Gabi Thomas pipped her to the line, bumping her to fourth. A thrilling run from Namibian wunderkind Christine Mboma nabbed silver, meaning Thompson-Herah was the soul Jamaican representative on the podium.

That’s how it was in Rio when Dafne Schippers of the Netherlands and Tori Bowie of the United States took silver and bronze in 2016. And now, greatness confirmed, it’s important to recognise this doubley-recrowned champion as a standout in this era of women’s sprinting. Not just another Jamaican who gets sent places to run fast.

Even the feat of pulling out both 100m and 200m runs in such a short space of time is worthy of respect. “We’re all fatigued,” said Fraser-Pryce, who took silver on Saturday but did not have enough on Tuesday. Thompson-Herah, however, disagreed with the assertion.

“I didn’t say I was tired,” she said, correcting a journalist when she really should have been correcting herself. “Honestly, I am so tired, my legs just need some rest,” were her exact words from the mixed zone just moments earlier. As if that were a ridiculous thing to say, or even admit to say. “I said we had two runs yesterday which I had never done before. I ran a PB in the 100 so therefore, of course I’m a little bit tired.” 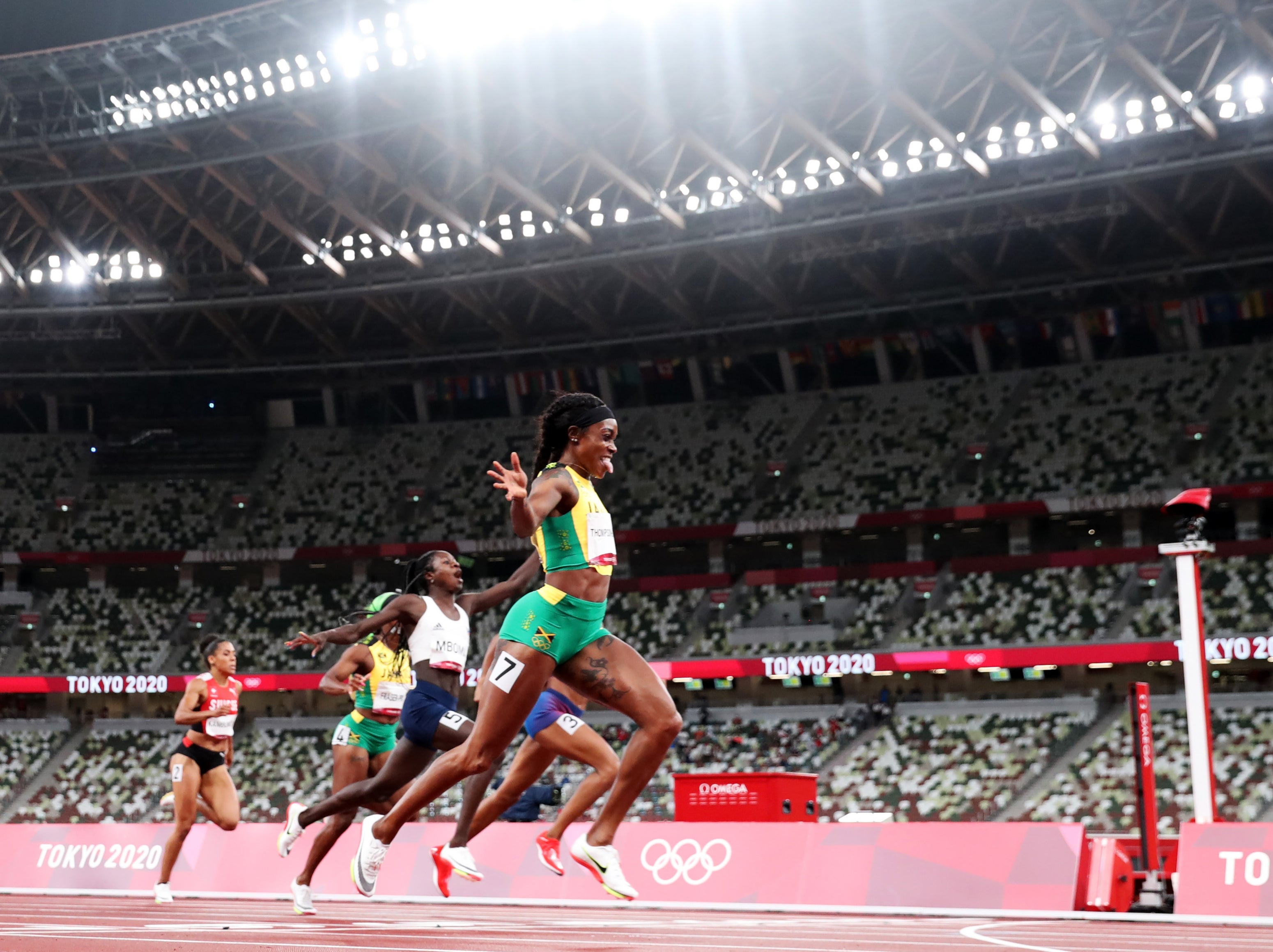 There is a temptation to regard feats like this double-double with an air of finality. No woman has done this before, thus, Thompson-Herah will move on, admiring that she is in, as she says, “the record book but also to be in the history book”. Except, she won’t.

“Seeing that I have both double Olympic, I’m looking forward to a title in the World Championship,” she stated in her press conference to much surprise considering the worlds are a level below. “I only have a silver from 2015,” she explained, as if it was a slight. As if, well, silver was not why Hycenth sent her there.

“I have written this down. If I had my phone I could show you. It’s in my notes. I’ve written it down every daily: defending my title, setting new PBs and setting new world records. Now I can tick those off and there is more that is in there that I’m looking forward to accomplish.” 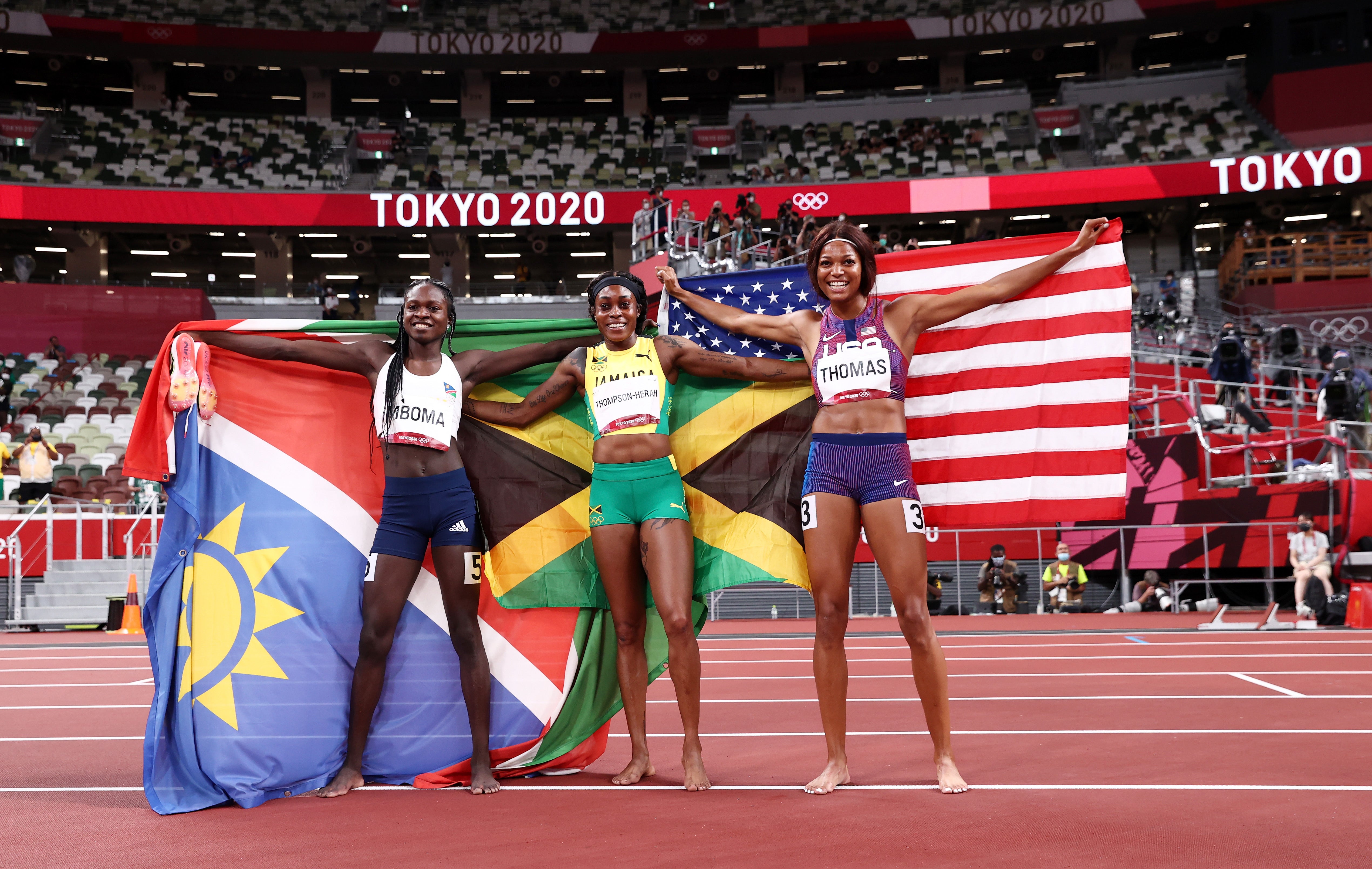 She is understood to be frustrated with the fact she does not leave Tokyo with more records of her own, in part because of some early celebrations in the heats which relinquished a few fractions of a second here and there. And the scary thing for her rivals is that with Paris three years away, a triple-double might be approach with a renewed drive and a less forgiving mindset than she already possesses.

She could yet walk away with three gold medals when Jamaica line-up for the 4x100m relay. The heats for that begin on Thursday with a Friday final. It is a gruelling schedule, one which certainly leans towards exploitative as much as it is necessary because of the way the programme had to be skewed around Covid-19 protocols to ensure no one is around in Tokyo or the Olympic village longer than they need to be.

Of course, Thompson-Herah does not see it that way. “But it’s my job,” she said, confused that lethargy or tiredness would get in the way. This is what she got sent to Tokyo to do.

It’s a stark contrast to Mboma and, by association, her compatriot and good friend Beatrice Masilingi, who registered her best performance of 22.28 in sixth place. They shared an embrace at the race’s conclusion primarily to toast Mboma’s incredible achievement at just 19 years of age. But it also carried a feeling of support for the noise that has surrounded both over the last month.

They were in this final because World Athletics barred them from taking part in their preferred 400m because of naturally occurring raised testosterone levels. As of a month ago, both were classified as DSD athletes (Differences of Sexual Development) and thus ineligible to compete at distances between 400m to 1500m. That is unless they use drugs artificially alter their testosterone levels, which is not quite in the realms of irony but certainly banging on its door.

And it spoke of how their future endeavours will be caveated with controversy that Mboma’s success was put to others under the guise of determining whether her presence, not just in this final but these Games, was fair.

“It is tough, and it is hard to have an opinion on that when I don’t know their biology or how decisions are being made, so I do my best to stay out of it,” was Thomas’ honest sidestep.

“This is my first Olympics,” said Mboma, holding her head high sat alongside Thompson-Herah and Thomas at the post-race press conference.

“I just focused on the 200m. I just wanted to keep my head down and focus on that. Now I have got a medal. I am happy.”

Mboma will probably never enjoy Thompson-Herah’s luxury of being able to focus solely on race. She was not even afforded the luxury of competing in the event she trained for these last few years in her first Games. As one champion goes off into the night with four golds eyeing up two more, it is sad to think someone of Mboma’s talent might have to make do with this one silver.