Easy to focus on Kohli, but India’s supporting cast strong Australia won't fall into the trap of focusing solely on Virat Kohli, knowing all too well that India's other batsmen pack a punch.

Kohli has dominated the lead-up to the four-Test series that starts on Thursday in Adelaide, featuring in more headlines than any member of Tim Paine's team. 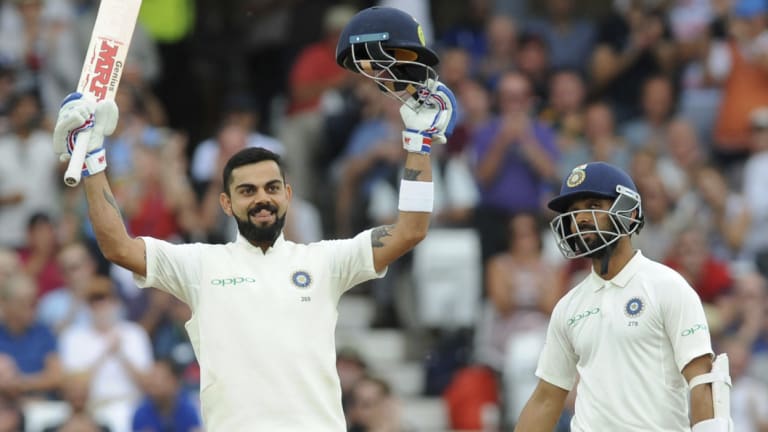 Coach Justin Langer and Paine have been mulling what is the best plan for Kohli, who is indisputably the world's best batsman, given Steve Smith's suspension.

Kohli averages 62 from eight Tests in Australia, the best effort by any Indian to have played more than three Tests here.

The superstar has already celebrated three Test centuries at Adelaide Oval. No touring batsman has scored more tons at the venue.

But Murali Vijay, whose Test average in Australia is 60.25, and Ajinkya Rahane, averaging 57 here, are also proven performers.

And India showed during last year's home series against Australia, when Kohli managed 46 runs at 9.2 but his side won 2-1, they weren't a one-man band.

"We all know Virat's a great player. We'll have our plans for him; hopefully, we can execute them," Mitch Marsh told reporters.

"But if people think we're not prepared for the other batsmen in the Indian team, who are all very good players, then they'd be pretty silly." 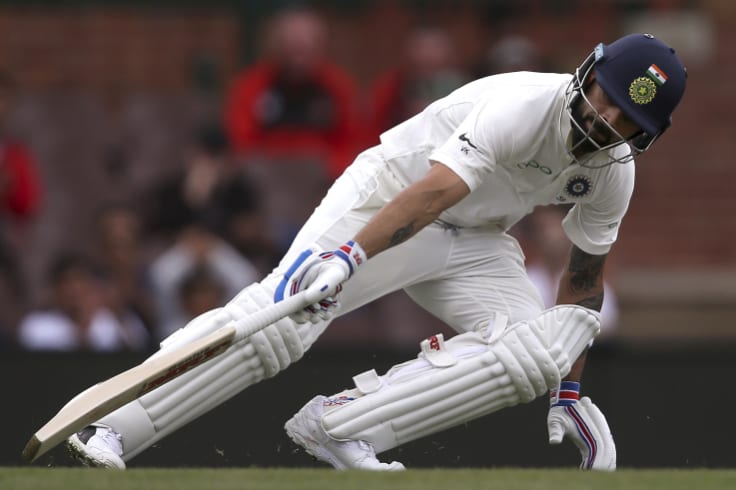 Ticking over: Virat Kohli isn’t shy of a few runs in Australia.Credit:Rick Rycroft

"There is a lot of hype around Virat … he's not the only player in their team," Khawaja said.

In any case, Indian batsman Ajinkya Rahane is rapt to play the sidekick role for his feted captain, Virat Kohli.

Rahane serves as vice-captain to Kohli. And he couldn't be happier than when his leader serves it up to the opposition.

The pair featured in a succession of big partnerships including a 262-run union in the first innings at the MCG when Kohli made 169 and Rahane 147.

They also put on 85 runs together in the MCG second innings; after earlier in the series banking a 115-run partnership in Adelaide – the venue of the first Test of the fresh series starting Thursday.

"Definitely last time, both of us really enjoyed batting together," Rahane said

"Especially at the MCG because Mitchell Johnson was going after Virat.

"Virat at the other end was really aggressive. He was going after bowlers, not with his bat but verbally as well.

"That really helped me a lot. I could actually focus on my game … but I was completely opposite with Virat."

Rahane said people shouldn't be fooled by all the attention that Kohli so readily accepts.

"This is a team sport, Virat also understands that," he said.

"Each and every batsman's role is to contribute for the team.

"For us, what is important is to get those partnerships together, long partnerships in Australia, that will really help us as a batting unit."