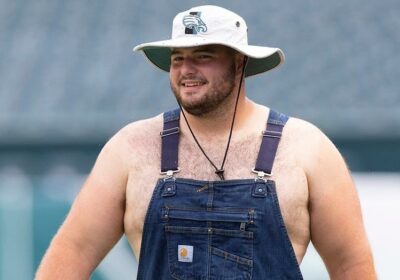 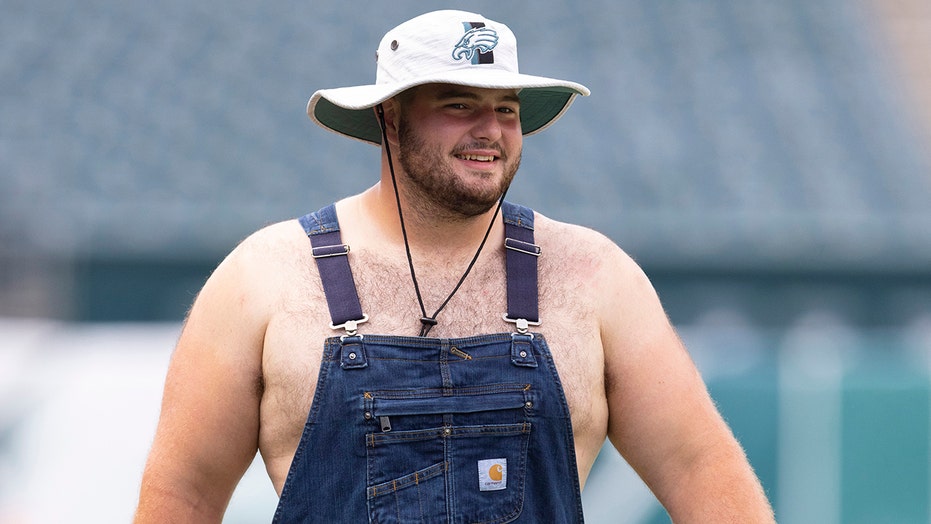 Philadelphia Eagles rookie Landon Dickerson made an impact on the team during their preseason game Thursday night against the New England Patriots, and he didn’t even need to put on pads and gear.

Dickerson, an offensive lineman from Alabama who the Eagles selected in the second round of the 2021 draft, appeared on the sideline in overalls and cowboy boots.

The 22-year-old lineman is expected to get some time in the trenches this season. He has the ability to play the center and guard positions and is listed behind Eagles starters Isaac Seumalo and Jason Kelce on the depth chart in the middle of preseason and training camp.

He played college football at Alabama and was a 2020 First Team All-American along with five other Alabama teammates – Mac Jones, Najee Harris, Alex Leatherwood, Devonta Smith and Patrick Surtain II.

Unfortunately, the Eagles did not perform well against the Patriots.

Philadelphia turned the ball over three times and couldn’t get any offense going behind Joe Flacco and Nick Mullens. Jalen Hurts did not play in the game due to an illness.