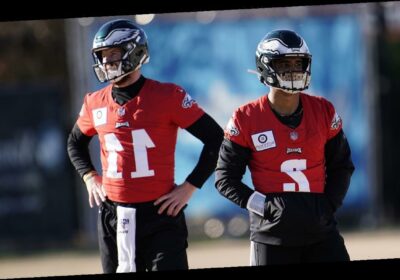 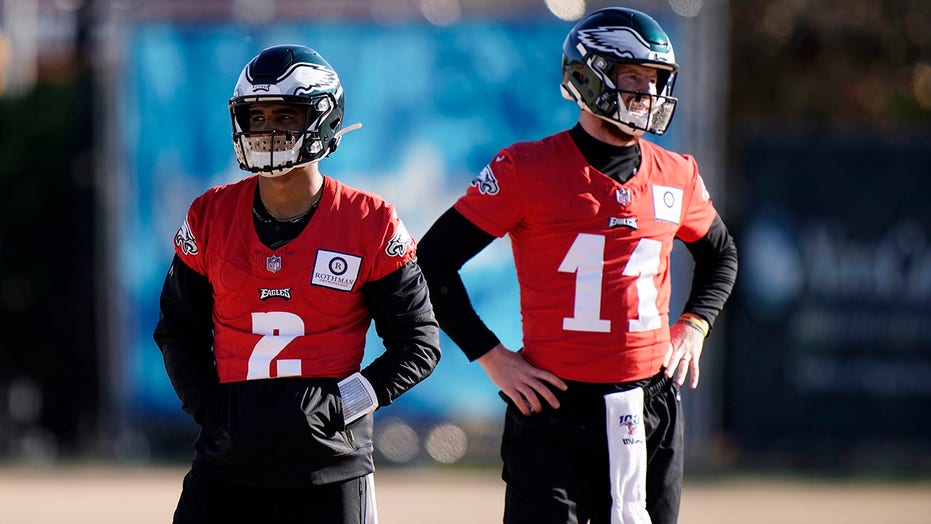 It looks as if the Philadelphia Eagles and quarterback Carson Wentz are headed for a divorce in the offseason.

Wentz's relationship with head coach Doug Pederson is "fractured" despite statements from Pederson saying he was willing to "fix" whatever issues the quarterback has been dealing with, ESPN reported Sunday.

On Sunday night, the Eagles fell 20-14 to the Washington Football Team, and Pederson was under fire for benching quarterback Jalen Hurts for Nate Sudfeld and making questionable play calls in a close game against Washington.

He told reporters he was "coaching to win" but had also planned to give Sudfeld some snaps during the game, according to ESPN. Sudfeld was in the game for the Eagles’ final four drives. Philadelphia was within one touchdown of either taking the lead or tying the game.

On Monday, both Pederson and general manager Howie Roseman talked to reporters about the team’s "disappointing, embarrassing" season, in which the Eagles finished with a 4-11-1 record.

"We have to come back at it and look at it with fresh eyes … We have to do a deep dive on every position," Roseman said. "In terms of Carson, I don't think it's a secret that we moved up for him [in 2016] because [we believe in him] … When you have players like that, they're like fingers on your hand. You can't imagine that they're not part of you, that they're not here. That's how we feel about Carson."

During the press conference, Roseman was asked if the Eagles would be open to trading Wentz. His response was: "That is not anything we're talking about right now."

Pederson also talked about his relationship with Wentz.

"The relationship is good, it's fine, and it's something we're gonna continue to build upon," Pederson said. "I know Carson's disappointed. My job is to get it right, my job is to fix it."