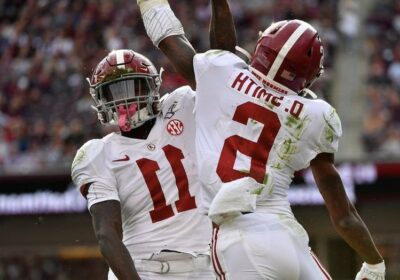 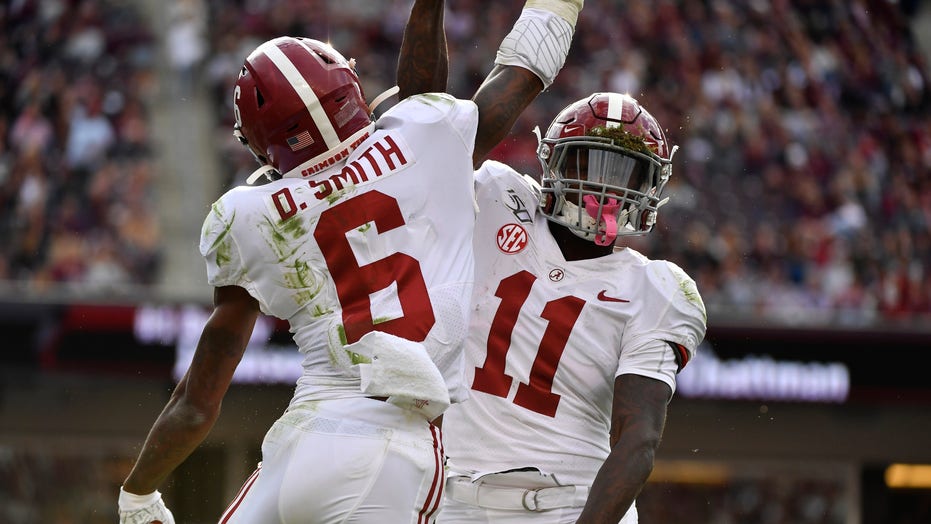 Smith told reporters after the 27-24 loss that the support of his team after learning about Ruggs’ car crash that had killed one person and seriously injured another helped him to “get through it.” 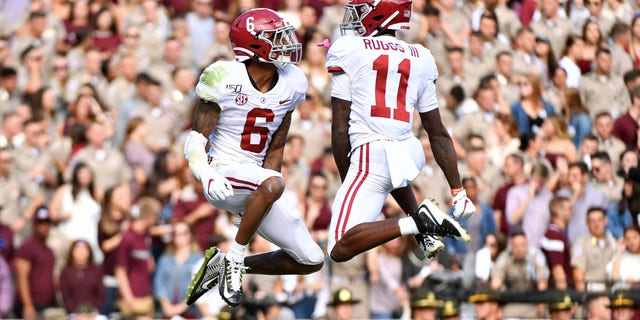 Smith said he spoke to Ruggs, who remains on house arrest.

“I talked to him. We discussed everything. He’s in good spirits, I mean, I’m just glad that he’s himself, he’s gotten himself together, and he’s not just down on himself.”

Ruggs, 22, is facing several felony charges after crashing his Chevrolet Corvette into the back of a Toyota RAV4 early Tuesday morning while allegedly driving 156 mph seconds before the crash with a blood alcohol level of nearly double the legal limit. Tina Tintor, 23, died as a result of the accident.

“It kind of gave me a bigger purpose,” Smith said of the difficulty of playing on Sunday. “Just going out there, playing for my brother, knowing he can’t play right now.” 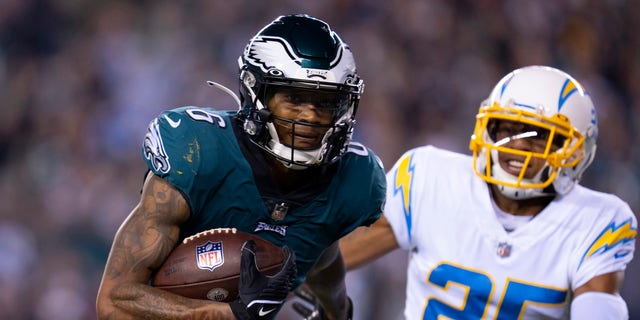 DeVonta Smith of the Eagles runs the ball against Chris Harris Jr. of the Los Angeles Chargers at Lincoln Financial Field on Nov. 7, 2021, in Philadelphia, Pennsylvania. (Photo by Mitchell Leff/Getty Images) 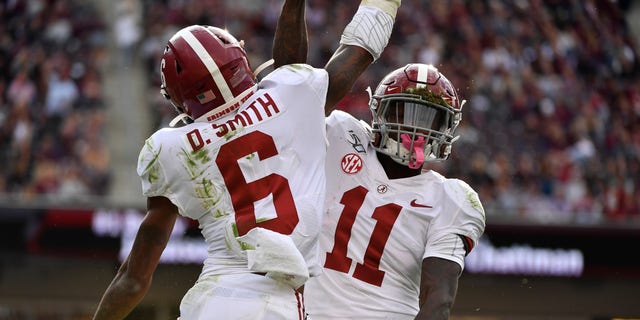