Home » Sport » Does Anthony Joshua have inside info on an Oleksandr Usyk weakness?

Does Anthony Joshua have inside info on an Oleksandr Usyk weakness? 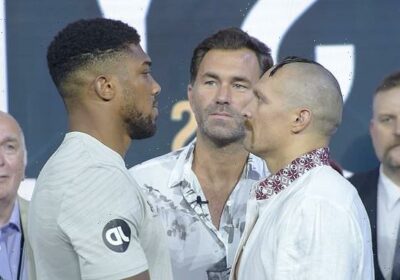 Does Anthony Joshua have inside info on an Oleksandr Usyk weakness? Stage mics pick up AJ asking his rival: ‘How’s your bodyshot in sparring? Stay strong’ ahead of their Saudi rematch

Anthony Joshua appears to believe he has the inside track on an Oleksandr Usyk weakness… after taunting his rival in front of the stage-side mics at the weigh-in.

Joshua has been training for the fight of his life, leaving no stone unturned and desperate to make up for his shock defeat by the Ukrainian in their last meeting in London last September.

And he hinted at having insight on an Usyk training camp weakness in Jeddah, quizzing him on ‘how’s your bodyshots?’

‘How’s your bodyshots in sparring?’ Joshua asked, in a face-off exchange picked up by the microphones. ‘Stay strong,’ he added. 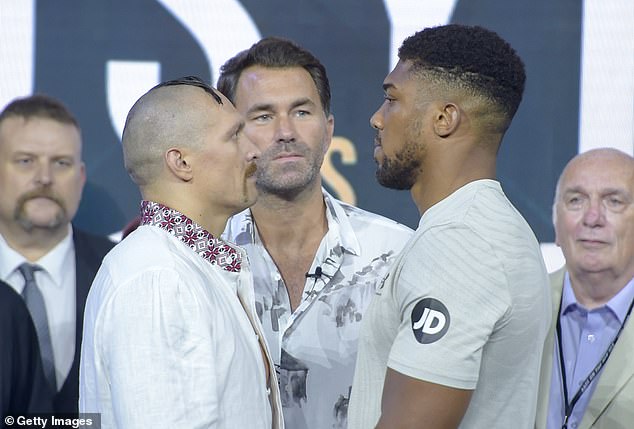 Hearn later told talkSPORT: ‘There’s been stories in sparring. If he (Usyk) did get hurt to the body in sparring, that will stick up there in his mind.’

The pressure is on Joshua. He has cut a relaxed figure in the build-up to this fight but accepts his career is on the line in Saturday’s world heavyweight title rematch in Jeddah.

‘Everything is at stake. It’s a big fight, it’s a big night,’ he said.

‘The heavyweight championship of the world is on the line, so it’s big. It’s a must win because I don’t want to walk away. Let’s get the job done.

‘Being underdog is fun because the pressure has challenged me a lot. When I was winning, boxing’s great and life is good. 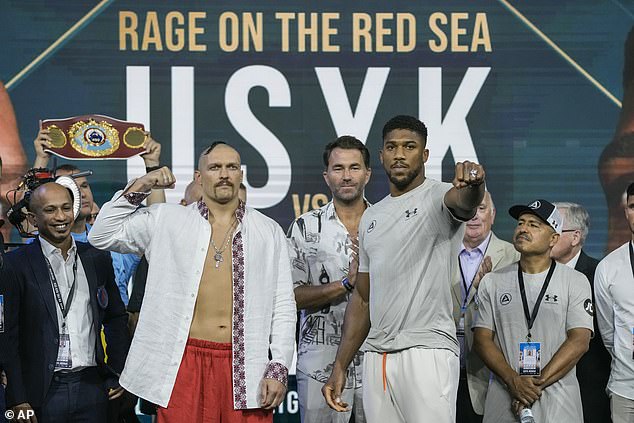 Joshua hinted at having inside information on Usyk’s camp, and it was caught by the mics

‘Now being in this position makes you realise what this game is about. Now I’m fighting under the pressure of challenging myself personally because I want to do well.

‘A lot of people get knocked down when it doesn’t go well and then the challenge is to bring themselves back up to where they were.

‘I always stay in good spirits, so the challenge for me has actually been to elevate my spirits past where I was, that’s where the true struggle is.’

Joshua’s gameplan of outboxing southpaw technician Usyk in their first meeting was ill-conceived and, with new trainer Robert Garcia now in his corner at the expense of Robert McCracken, a more aggressive approach is expected. 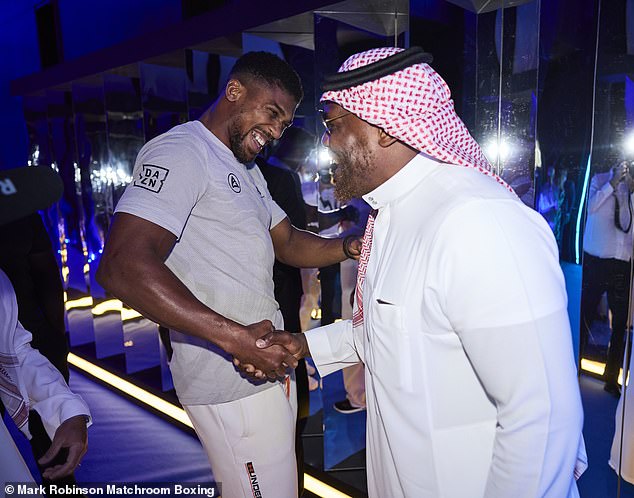