Dina Asher-Smith finishes third in Paris on return from injury 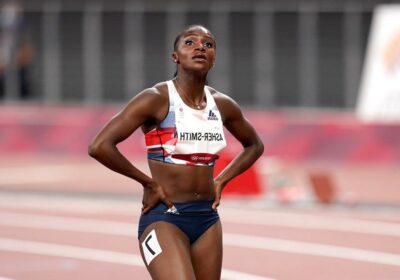 Britain’s Asher-Smith, back in action after a hamstring injury ruined her Olympic bid, clocked 11.06 seconds.

She had run the second fastest 100m of all time last weekend in 10.54secs.

Thompson-Herah’s compatriot Shericka Jackson was second in 10.97secs while Britain’s Daryll Neita, who made the final in Tokyo was sixth in 11.12secs.