Maradona, 58, was walking through a crowd of reporters when he swung his arm before being escorted through by security personnel. 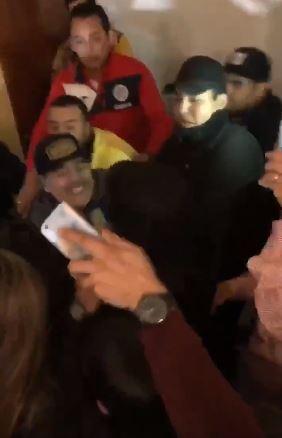 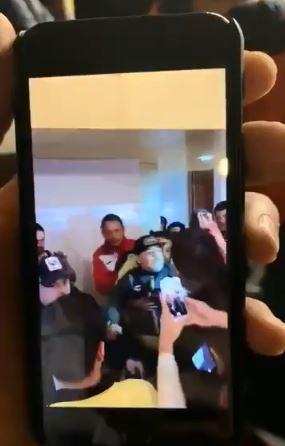 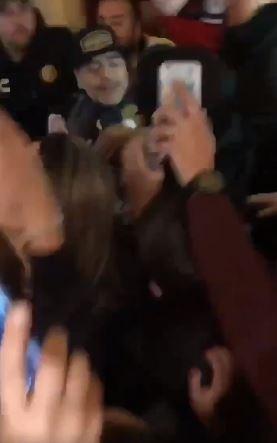 The Argentina legend was in a foul mood after Dorados threw away a first-leg advantage in the Ascenso MX play-off final – even though the manager was sent to the stands.

Dramatic as ever, Maradona appeared to threaten to punch the opposition manager, kissed the turf then clapped his adoring fans as he left the pitch.

It meant he was forced to sit in the stands for the second leg and was even spotting drinking beer during the game.

Dorados went into the second leg 1-0 up against Atletico San Luis and scored first last night to double their advantage. 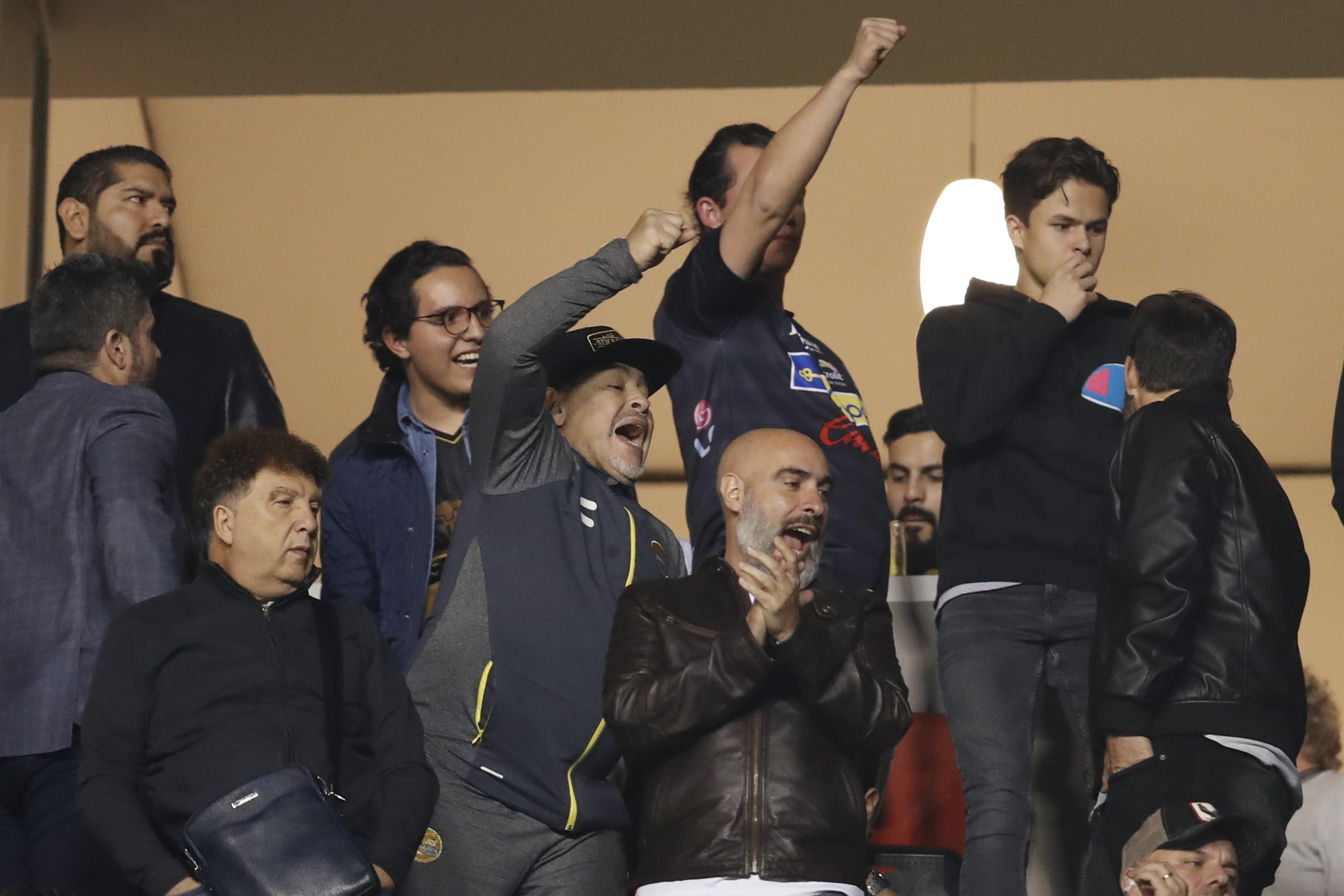 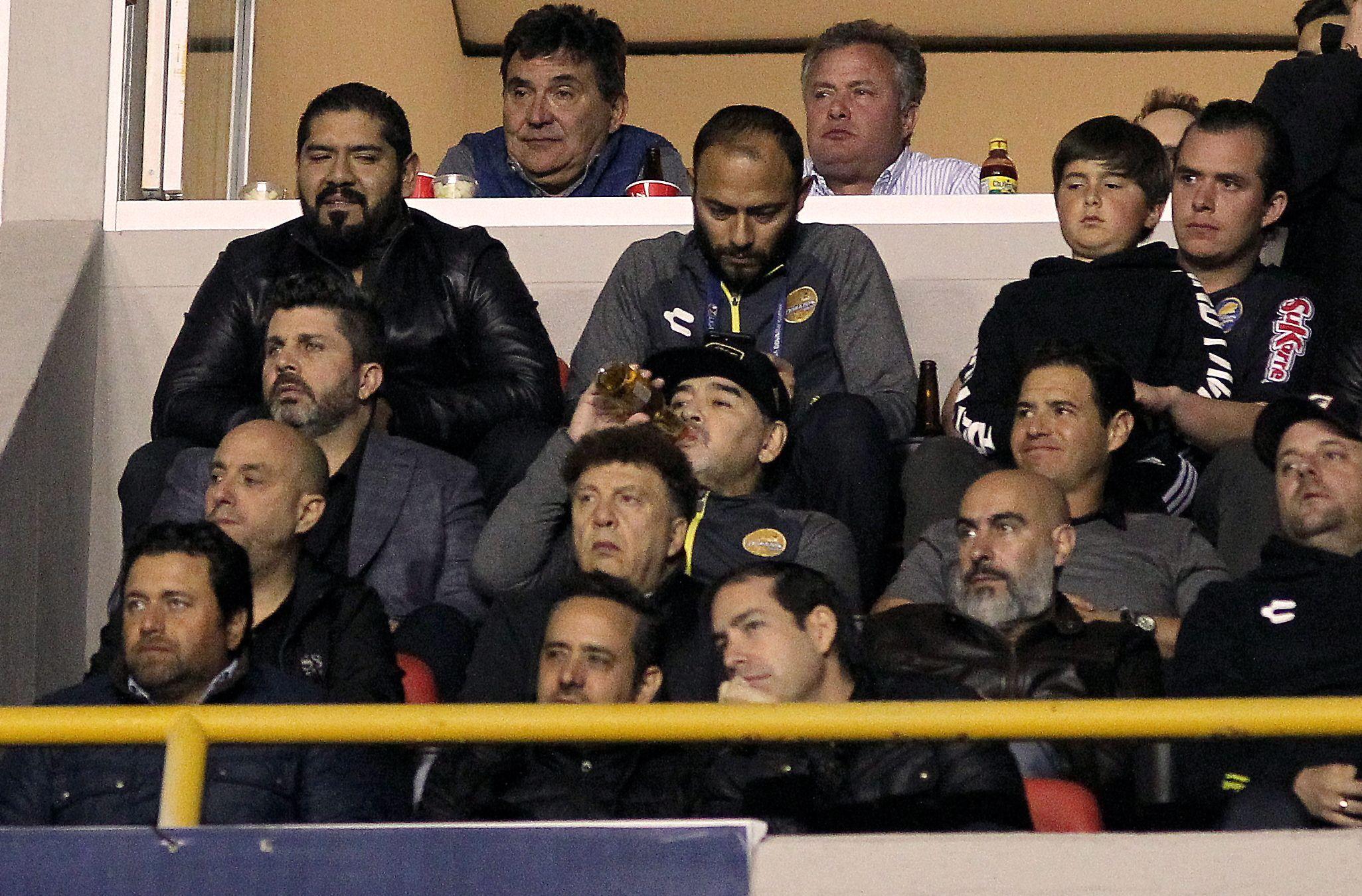 San Luis pulled a goal back on the stroke of half-time before Dorados restored their two-goal aggregate lead to put them on the brink of the title.

But San Luis hit back with two goals in ten minutes to force extra time and Leandro Torres scored the only goal in extra time to secure the win.

And Maradona was evidently fuming when he walked past the journalists.

It was a bitter end to a remarkable season for the 1986 World Cup winner.

He took over in September with the side joint-bottom of the Mexican second tier with three draws and three defeats from their first six league games.

A stunning run of form saw Dorados qualify for the play-offs but they fell agonisingly short of winning the final and a shot at promotion.