Home » Sport » Deja Blue? No, Carlton are better placed than a year ago

Deja Blue? No, Carlton are better placed than a year ago The news arrived with the unwelcome predictability of a drunk uncle asking you to pull his finger at the Christmas table.

A tick past 12 months on from his last knee reconstruction, Carlton's freshly minted co-captain Sam Docherty wrecked his knee again. They face 12 more months without him.

The sense of doom and woe is the same because the injury is the same. The sense of pessimism is greater because the idea of a fresh start is sullied by the familiarity of the recent past before it has had a chance to begin. New captains, new era and the club still bedevilled by the same malady as the wooden-spoon season just gone.

It is understandable but wrong. This time it's slightly different.

Carlton are better placed than 12 months ago. Their good young players are more game ready, they have brought in more and better players and their other injured players of this season – save for Docherty – should be ready again round one. 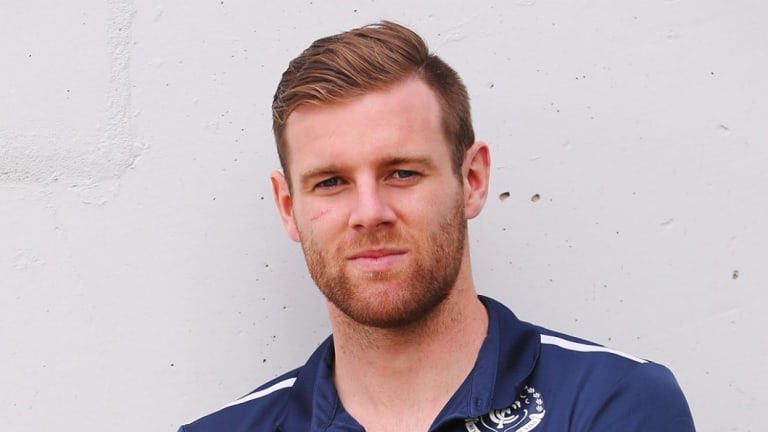 Besides it is just one player getting injured. Players, good and bad, get injured at all clubs.

Carlton will bring in another player to their rookie list before March. This player will not make a big difference on the field – all clubs have had two drafts and he is still sitting there so, no, he is not a Sam Docherty replacement.

The more unnerving aspect of the Docherty injury is that the wooden-spoon team has already given up its first draft pick for next year.

Carlton swapped their first-round pick with Adelaide, which even they admit will probably mean a pick slide in the first round.

This injury then is the first significant development at the club since making that disarmingly bold decision so it is an unwelcome setback. But the new Docherty injury cannot alter the logic of that trade decision.

If his injury begets a series of injuries at the club next year as it did this year – Caleb Marchbank, Mar Murphy, Lachie Plowman etc – then yes, they will be in trouble.  But as at any club that sequence of luck cannot be presumed in decision making.

Whether the draft-night trade was the correct decision to give up a probable early pick for a probable later pick in order to bring in another player – Liam Stocker – will be judged on other, more varied grounds. (None the least of which being how good Stocker turns out to be). It is a decision many other clubs thought unwise but not one taken on whether Docherty would be there next year.

Carlton's decision to trade their first pick cannot have been made on the basis they thought a player coming back into the team from 12 months out with a knee injury would single-handedly wrench the club back up the ladder.

Carlton would have figured him being one of the ingredients to a better mix next year but not the only, or main, one.

Docherty not being there next year will not significantly affect Carlton's finishing position next year. Twelve months ago yes they could say that. A year ago Docherty was a new All-Australian and a runner-up in the best and fairest award he won the season earlier so his absence from the season  past was significant. But until Monday's re-injury he was always going to be a player feeling his way back in the game after a year out.

Carlton's list is still callow but better than this time last year. It could be argued at a stretch that trading to bring in another first-round player in Stocker this year was even more important now that Docherty is down.

Carlton's problem is not the injury, it is dealing with the natural first instinct to feel ''here we go again''.