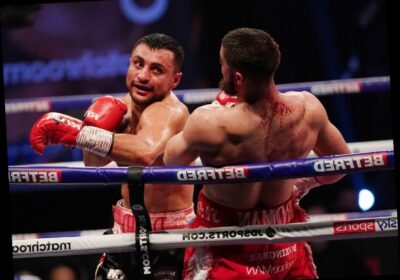 Late on Saturday night Josh Kelly found out what happens when promise, hope, hype and belief are ruined in a fight that turns nasty quickly. Kelly found himself in a real fight and he was not ready for David Avanesyan.

In just a few seconds of the sixth round, Avanesyan forced his will on a fight he was losing and with a smart mix of desire and old-school skills he finished it. Kelly had no idea what to do; it was real heartbreak, a proper slice of this savage business. There is no preparation for that moment, only experience can teach a fighter how to survive that scare. And, only the best recover and learn from sudden losses.

Kelly was winning the rounds, but losing the fight when he was rescued in the sixth round against Avanesyan at the old Empire Pool in the shadow of Wembley Stadium. I had given Kelly the five completed rounds, but desperation was taking over from his early calm.

The prize was the European welterweight title, a belt so simple and meaningful in a time of endless frivolous baubles, and Avanesyan wore that ancient trinket like a man starring in a fight from the Seventies. He is a no-thrills boxer, based in Newark, but supporting his family back in Russia.

Avanesyan is still only 32, but he had been dismissed as old, finished and vulnerable long before the ring cleared inside the latest fight behind a wall of silence and disinfectant; the fight, however, had a real edge, a shining vibrancy. 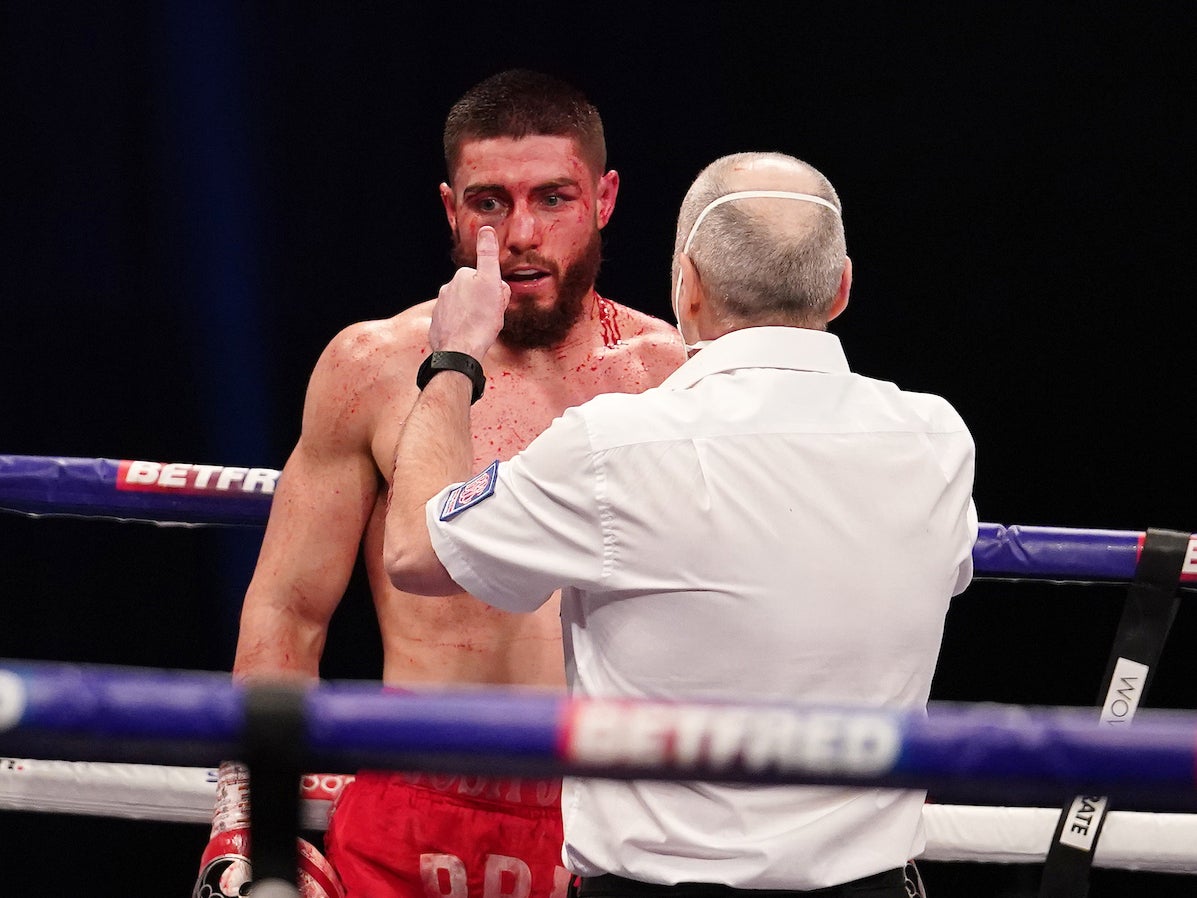 Kelly lost for the first time in just twelve fights, Avanesyan won for the 27th time in 31 fights, but on Saturday night it was less about statistics and more about the simple drama of a calculation that went wrong and the awful moment when everybody realised.

Kelly was faster, sharper and so much bigger than Avanesyan, who defended the European belt for the third time. This fight was first meant to happen in December 2018 and then, with just hours to go, Kelly left the fight hotel and vanished leaving behind a lot of nasty accusations. This was a fight with considerable history and I wonder if, somewhere in the mix of vitriol and angry indignation, the reality of the task for Kelly was lost?

The early rounds followed a slick pattern with Kelly relaxed and moving, picking his shots and Avanesyan steadily closing the gap, steadily reading Kelly and getting closer and closer. It was like a throwback fight to a hundred nights when the chosen contender suddenly has no glow to hide under. Kelly was winning the rounds, but by round four, was fighting his heart out to just stay in front; Avanesyan was surrendering rounds, but smiling and blocking and getting ever nearer. The Russian has won and lost in fights for versions of the world title – he understands the grand story of a hard fight.

There was a lot of blood from above Kelly’s left ear from the second round and it added a grisly look to the finish in the sixth. The brutal truth is that Kelly “unravelled”, to use the promoter’s word, far too quickly. Kelly had nothing left but the last scraps of his heart and resistance when Avanesyan really let his fists flow.

Two nasty Avanesyan short rights forced Kelly to bend over and touch his gloves down; Kelly must have known at that point after about 90-seconds of the sixth that traditional defensive moves would be useless. Kelly ducked down to avoid being hit, that is natural. This was a fight like Kelly had never dreamed about – he was five rounds up and suddenly he was getting a count. This was not part of the pre-fight narrative.

In Kelly’s corner, Adam Booth, the man who has guided and shaped him since the Rio Olympics, must have known then that the first part of the journey was over. Kelly looked lost when the referee let the fight continue, but he kept throwing punches. That much he knew.

A left hook from Avanesyan shook him and two more or maybe three rights forced him to his hands and knees. Kelly was really hurt and all his composure and conditioning was gone. Booth had seen enough, knew enough and launched the towel. It was over at 2:15 of the sixth. It was a glorious reminder of boxing’s seemingly endless ability to deliver truth where it matters and when it matters: In the ring, in big fights.

Kelly will mend, the cuts will heal and he will deal with loss like a thousand crushed prospects before him. He also needs to look closely at a move up in weight. There are no excuses for his loss and none were offered – Kelly and Booth got it wrong, that is the way boxing works. Avanesyan and Carl Greaves, his trainer, got it right. It really is that simple, honest.

Avanesyan will just wait for another chance at the world title, another fight somewhere for money that keeps on changing his life. He will probably be up against it again, that is just the way this cruel sport works. It was a good night for boxing at Wembley on Saturday when the glorious European title belt had a cameo in a business of plastic toys.