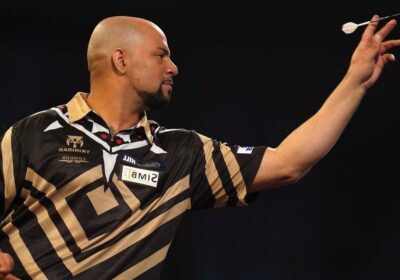 Devon Petersen has revealed how an injury forced him to completely reconstruct his throwing action to avoid a long layoff.

The popular South African won the German Darts Championships in 2020 and reached the quarter-finals of the UK Open last year he got closer to major honours. However, his form tailed off after that and a wrist injury put him at a career crossroads. By his own admission, he was left in a “dark place” mentally.

He was faced with a big decision, go under the knife and miss months of action or play on with a completely new throwing action? He went for the latter and is now seeing light at the end of the tunnel.

“There was a little injury that I had,” he told the Weekly Dartscast podcast. “I didn’t make too much of a song and dance about it, simply because you don’t want to give that kind of info away.

“It was an injury which could have put me out for a few months if I’d had the operation. There was an injection that was proposed, or I could change my throw to alleviate pain in the way my wrist actually moves. I chose the changing of the throw. It’s caused me a lot more trouble than I thought because I had to unlearn my throw and go back to how I used to throw.

“It’s been gradual, it took me about six months to play without pain, continuously just working, breaking down from stance to body posture and all those things. My throw now is something I can depend on and trust.”

Can Devon Petersen win a PDC major? Have your say in the comments section below. Reflecting on the high of winning on the European Tour to the low of seeing his form nosedive, Petersen added: “I had that euphoria of winning the Euro [tournament], then averaging low 80s and some of the games were 70s as well. It was shambolic in a sense.

“But I knew I can go through this dark period and when I did, I knew I’d be stronger than I was before I went into it. I’m looking forward to a strong period now.”

Petersen will be in action at this weekend’s European Darts Open in Leverkusen, where he will face Kevin Doets in the first round.