Home » Sport » CSU Rams football: What kind of coach is Jay Norvell? The kind you keep. Here’s why.

CSU Rams football: What kind of coach is Jay Norvell? The kind you keep. Here’s why. 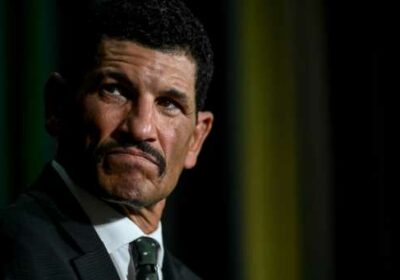 The kind whom you let borrow your car, no questions asked. The kind who returns it, after he borrows it, with a full tank of gas.

“It always came back in one piece. The other thing is, Jay put gas in it,” Rob Houghtlin, said of Norvell, the new football coach at CSU.

Then he laughed, incredulously.

“You know how important that is?” stressed Houghtlin, one of Norvell’s teammates on Iowa’s 1985 Big Ten football champions.

“A lot of guys wouldn’t bother. They might throw you five bucks or something. Jay put gas in it. That, to me, is one of those things you think about.”

Times changed. Technologies changed. Heck, football changed. And yet Norvell’s verities, the bedrock of a coaching career now five decades deep, haven’t moved. Responsibility. Respect. Reliability. Trust. Doesn’t matter if it’s a four-star recruit or Houghtlin’s old 1977 Monte Carlo, that curvy boat Norvell would take out and always remember to fill up. The kind of ride he treated like it was his own.

“I’m not saying it was a beater,” Houghtlin said, laughing again. “But it was not anything to write home about.

“You know how you wish you knew stuff at 18 or 19 that you know when you’re 50? It’s almost like that wisdom passed to Jay early on, at a young age. And that’s part of the reason why he was so successful.”

The kind who considers himself a cowboy at heart. The kind who can darn near recite the script to the movie “Butch Cassidy and the Sundance Kid” off the top of his head.

The kind who walks around in a Johnny Cash T-shirt. The kind who likes to keep a bunch of Atomic Fireball candy, your tongue’s worst nightmare, within arm’s reach.

The kind who loves the heat of high noon and the challenge of the open road. The Rams football coach once took his wife, Kim, on a sight-seeing tour of the west on the back of a Harley Davidson, letting the mountain air and desert breezes run wild through their hair.

“He’s fun to be around,” offered Dan McCarney, the former Iowa State and North Texas coach who’s one of Norvell’s oldest football pals and mentors.

“Sometimes you walk out of a room, you meet somebody, you don’t give a rat’s (behind) if you ever see them again. Jay Norvell is one of those guys you just want to drink a beer with and talk about life and talk about football.”

McCarney has been talking about life and football with Norvell for roughly 40 years now. Heck, he still calls Norvell by his old Iowa nickname, “Scrappy,” even though the CSU coach is 58.

The nickname has to do with Norvell’s playing style, which was more about grit — another of the new Rams coach’s favorite words — than flash. He grew up in the shadow of Camp Randall Stadium at the University of Wisconsin, where his father played halfback for a Rose Bowl Badgers team at a time when Badger Rose Bowls were rare.

Norvell’s collegiate ledger was less linear, but he eventually found his niche as a hard-hitting safety and special teams ace. Legend has it that during one Big Ten game, while making a tackle, Scrappy kept trying to punch the ball out of the grip of an opponent and managed to fire off a few frustration licks during the process.

As Norvell came back to the sideline, McCarney, then Iowa’s defensive line coach, got in his ear.

“Hey, what are you doing out there?” McCarney asked.

McCarney and Scrappy would be reunited in Madison a few years later as assistants on the staff of then-new Badgers coach Barry Alvarez in 1989. Having helped to rebuild Wisconsin football from scratch, McCarney brought Norvell with him to Iowa State in an effort to replicate the process.

The Cyclones eventually got there in McCarney’s fifth season; Norvell left after Year 3 to coach wide receivers with the Indianapolis Colts, where he tutored Marvin Harrison and worked with a young gunslinger by the name of Peyton Manning.

“Before he left, he came in and brought me one of those $100 bottles of champagne,” McCarney recalled. “And he said, ‘There’s something special that’s gonna happen at this place, really soon. I don’t know where or when, but it’s gonna happen.’”

For the first road game of that next season, a September trip to Iowa City to face the rival Hawkeyes, McCarney snuck Norvell’s champagne bottle with him on the team bus, just in case. The underdog Cyclones stunned the Hawkeyes that day, 27-9, winning the intrastate showdown for the first time in 16 years.

“I pulled it out on the bus afterward and we passed that (darn) thing around the bus with the coaches (on the way home),” McCarney laughed.

“I didn’t take it to other wins. Just that one time. We were 1-for-1 with Scrappy’s bottle.”

The kind who crunches the numbers, but never forgets to lead with his heart.

“I tore my hamstring, tore my MCL, I had a concussion, tore my ACL, and the person next to me every game, making sure I was OK, was Jay Norvell,” recalled former UCLA quarterback Patrick Cowan, who worked under the future Rams coach when Norvell was an assistant under Karl Dorrell — future CU coach Karl Dorrell — in 2007.

“It had nothing to do with football. (He was) just being a good man. A great role model. I think there’s a picture of me on crutches and the guy holding me up is Jay. I think very highly of the man.

“You’ll run through a wall for him, because he’s genuine. And he’s honest. And he cares.”

About everyone. Kids. Assistants. Peers. Support staff. Coaches in other sports.

“Those type of things are not even a factor to him: ‘Should I treat this person this way or that way?’” Cowan said.

“He’s going to do everything correctly. And that doesn’t matter if someone’s responsibility is picking up trash, washing uniforms or calling plays. Everyone is going to be treated well.”

Everyone in Rams green and gold is family now, Cowan said, as far as Jay is concerned. From his late parents to Kim, whose tussles with cystic fibrosis and colon cancer have inspired and pushed Norvell over the years, family comes first.

And yes, he’s human. He’s made mistakes. He’s gotten back up off the canvas. He’s learned. In 2012, Oklahoma fans winced when Norvell, then a Sooners assistant, posted his cell number to Twitter in nine public solicitations to six potential recruits instead of sending it via direct messaging. According to documents obtained by The Associated Press at the time, the NCAA had intended to suspend Norvell for one game, but Oklahoma successfully appealed.

“Jay’s no saint, don’t get me wrong,” Houghtlin said. “Yet he just does it right.”

“There’s an expectation of excellence”

The kind who doesn’t need to put on a show. Or airs. The kind who knows where he’s going and bets on himself to get there.

Remember that ’77 Monte Carlo? Norvell dug that boat so much, he eventually bought it from Houghtlin.

“Six years later, when he was an assistant at Wisconsin, he still had the car,” recalled Houghtlin, who discovered this fact while volunteering, on Norvell’s invitation, at a Badgers special teams camp.

“I said to him, ‘I can’t believe you still have this Monte Carlo.’ And he says, ‘It’s a perfectly good car. Why wouldn’t I?’ Which is Jay in a nutshell. Jay was like, ‘Why would you spend money on a car when you’ve already got a perfectly good car?’

“Jay keeps it simple. And Jay also keeps it real. But there’s a practicality to him.”

What kind of guy is Jay Norvell? That’s easy.

The kind you keep.

“I think there’s an expectation of excellence and doing things right with Jay,” Houghtin said. “I’ve watched him from afar, followed him (on social media), and he hasn’t changed a bit.

“And he shouldn’t, right? Because those are the principles, the way he conducts himself, that have proven successful. And they’re the truths that he lives by. And, man, whoever gets to be around him is going to be better because of it.”