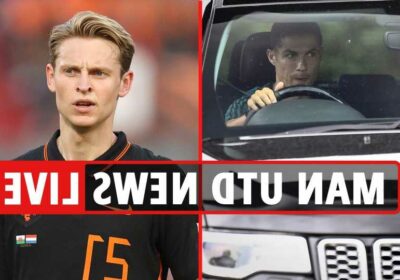 CRISTIANO RONALDO has told Manchester United he wants to LEAVE the club this summer, according to reports.

The former Real Madrid man's request is driven by his desire to play in the Champions League, which United failed to qualify for last season.

And it could be a double blow on the transfer front with Chelsea declaring their interest in top target Frenkie De Jong.

United have held talks with the player over a £60m move to Old Trafford.