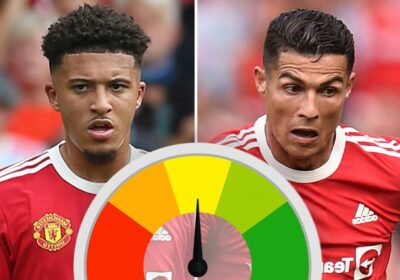 CRISTIANO RONALDO is back with a bang as he marked his second coming at Manchester United with a double to down Newcastle.

The Glazer family were in the house to watch the Portuguese icon's return with some supporters even splashing out £2,500 on the black market for the hottest ticket in town. 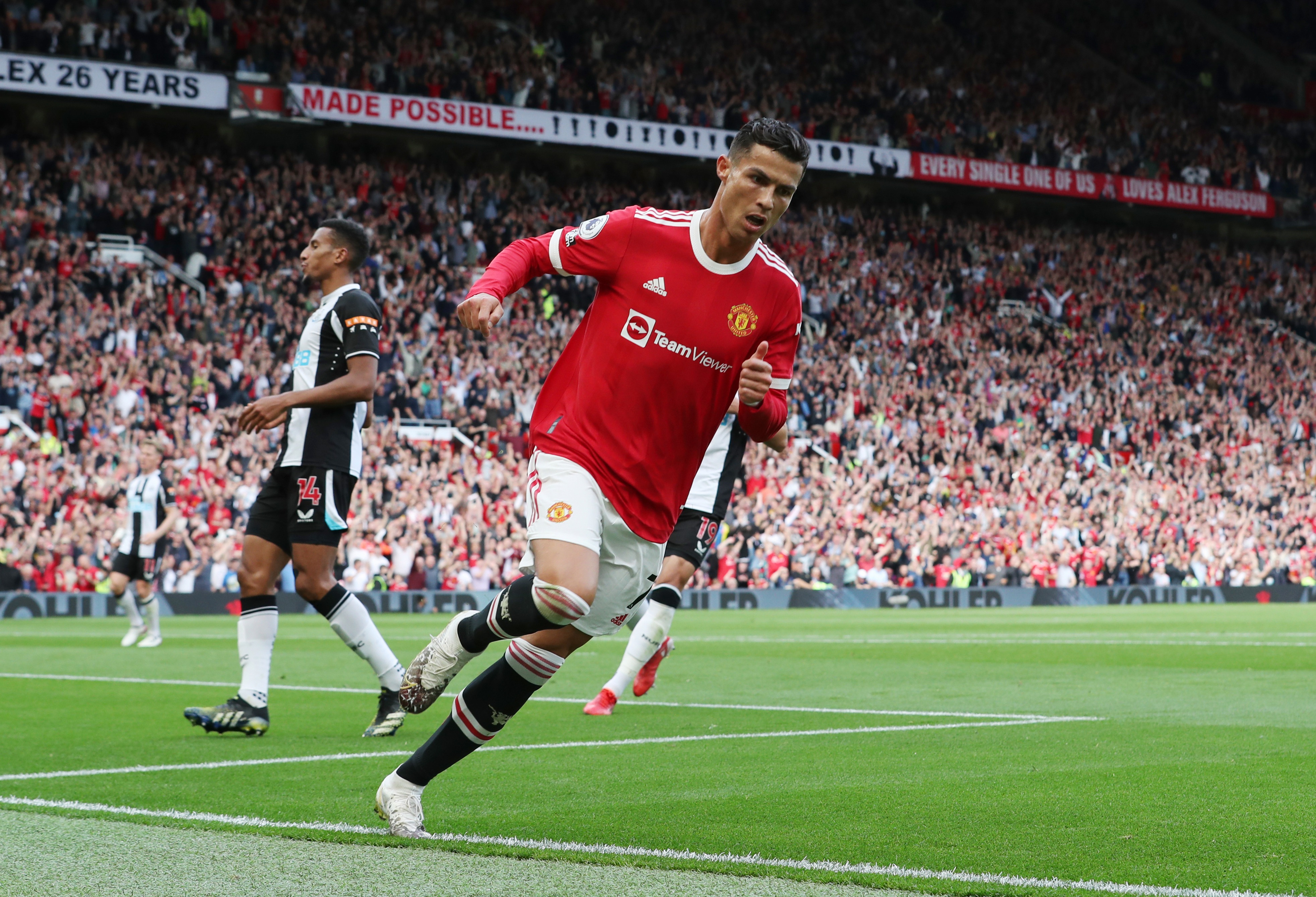 Fortunately for us we had our very own Gary Stonehouse at the Theatre of Dreams to witness the 4-1 win over Newcastle.

And here's how he rated each United player on show:

Called into action midway through the opening period with an easy save to deny Matt Ritchie’s long-ranger.

He had very little to do and can’t be blamed for Manquillo’s equaliser and then stood up well to stop Joelinton from making it 2-2.

The speedster is usually excellent in one-on-one situations against pacey wingers and forwards, but he struggled several times against Saint-Maximin and Joelinton and was caught chasing shadows for the equaliser.

Made up for it with a great tackle to cut out an attack moments later and spent the majority of the game further up field offering support to Mason Greenwood.

Almost got off the mark for United on 19 minutes as his front post header ended up flying across goal and inches wide.

Strong and solid at the back, showing off his capabilities when outmuscling Matt Ritchie early doors before cutting out a dangerous Saint-Maximin cross after the interval.

Good in the air, but like his defensive colleagues, struggled against the pace of the Toon attack on the counter, with Joelinto also getting the better of him at least once. 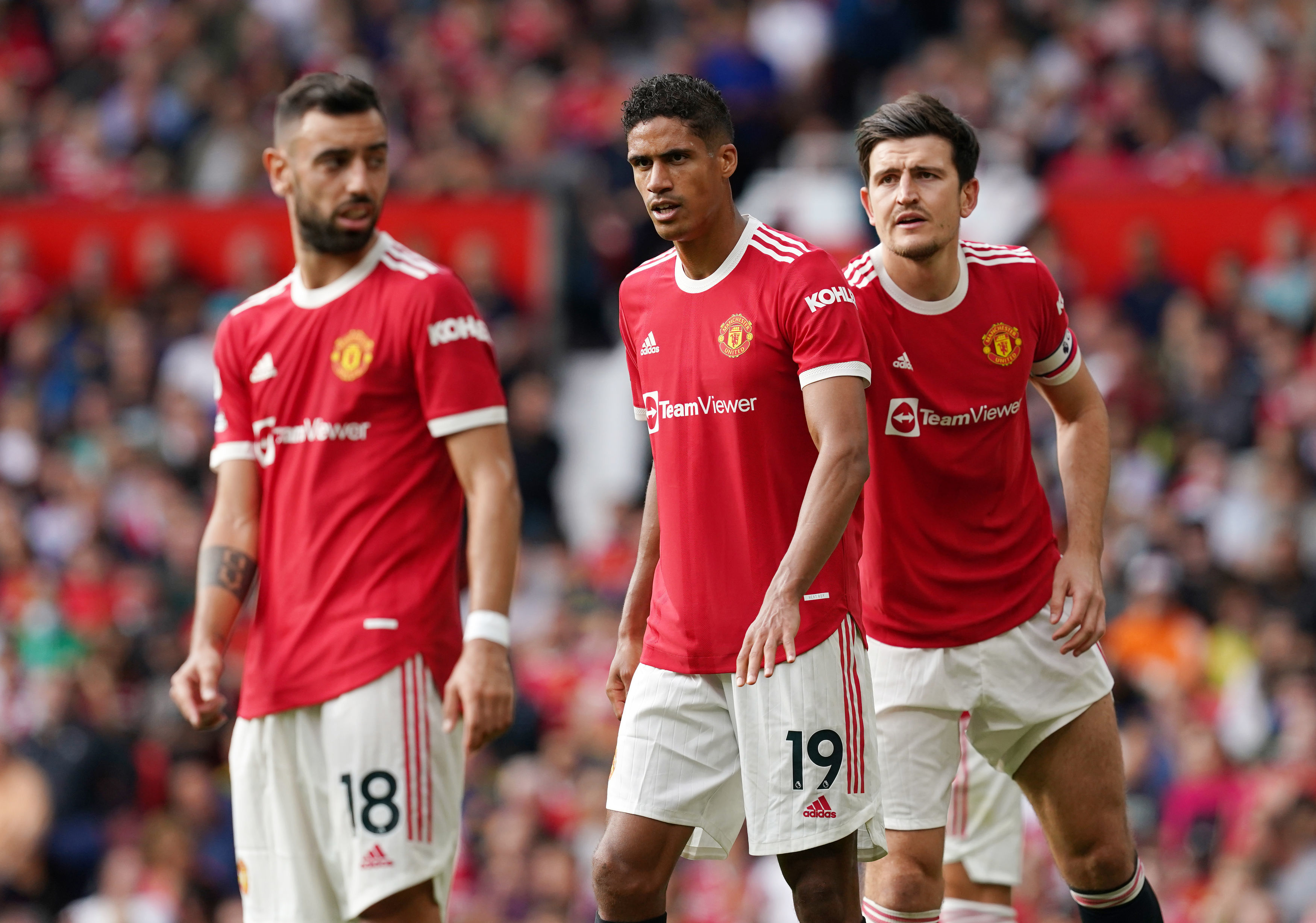 Just like he does for England, he showed his danger from corners with a header that ultimately ended up straight at the keeper.

Struggled with Saint-Maximin’s pace at times, tugging him back shortly before the break.

Solid and steady Eddie as always

Left Fernandes in trouble with a poor throw that allowed Joe Willock to nick the ball midway through the opening period.

Played more like a left winger and continued his brilliant form though apart from that manic moment and produced a fabulous assist for Ronaldo’s second after bursting forward 40 yards with the ball.

A good display from the Frenchman who stayed quite disciplined in the midfield.

There were a few moments of excellence as he sprayed the ball around well, but seemed happy to let his pals Fernandes and Ronaldo take the limelight. 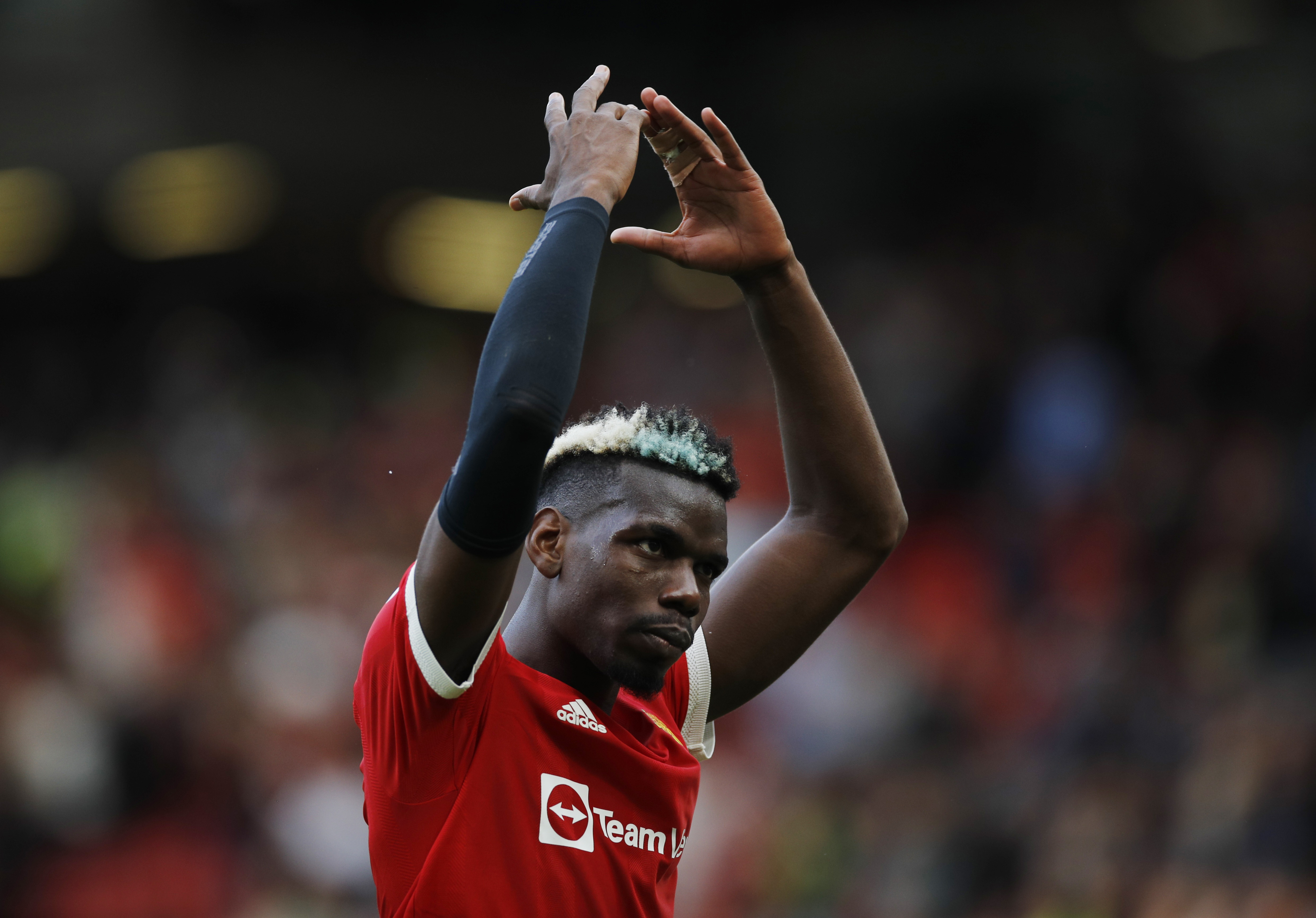 With all the attacking talents on display in front of him, the Serb was deployed as the anchor man to help shore up the defence.

The veteran mopped up Newcastle’s attempted counters well and even tried to mix it with the big boys by pulling the trigger from distance in the first half.

Tired in the second as Joe Willock got away from him several times to prove that this position is still a problem one for Ole Gunnar Solskjaer.

Actually struggled to make much of an impact but it was his boldness that got the Red Devils into the lead.

The starlet cut in from the left and pulled the trigger from the edge of the area with the shot that Freddie Woodman diverted straight into Ronaldo’s path to slot home.

Was given a breather by Solskjaer for the last five minutes.

Grew fed-up of Newcastle’s time-wasting as early as the 20th minute and then tried to steal the headlines off his Portuguese compatriot with an audacious Beckham-like lobbed effort from half way that dipped just over the bar.

Looked delicious throughout and he capped his performance with the goal of the game with just over ten to go from 25 yards to seal the points. 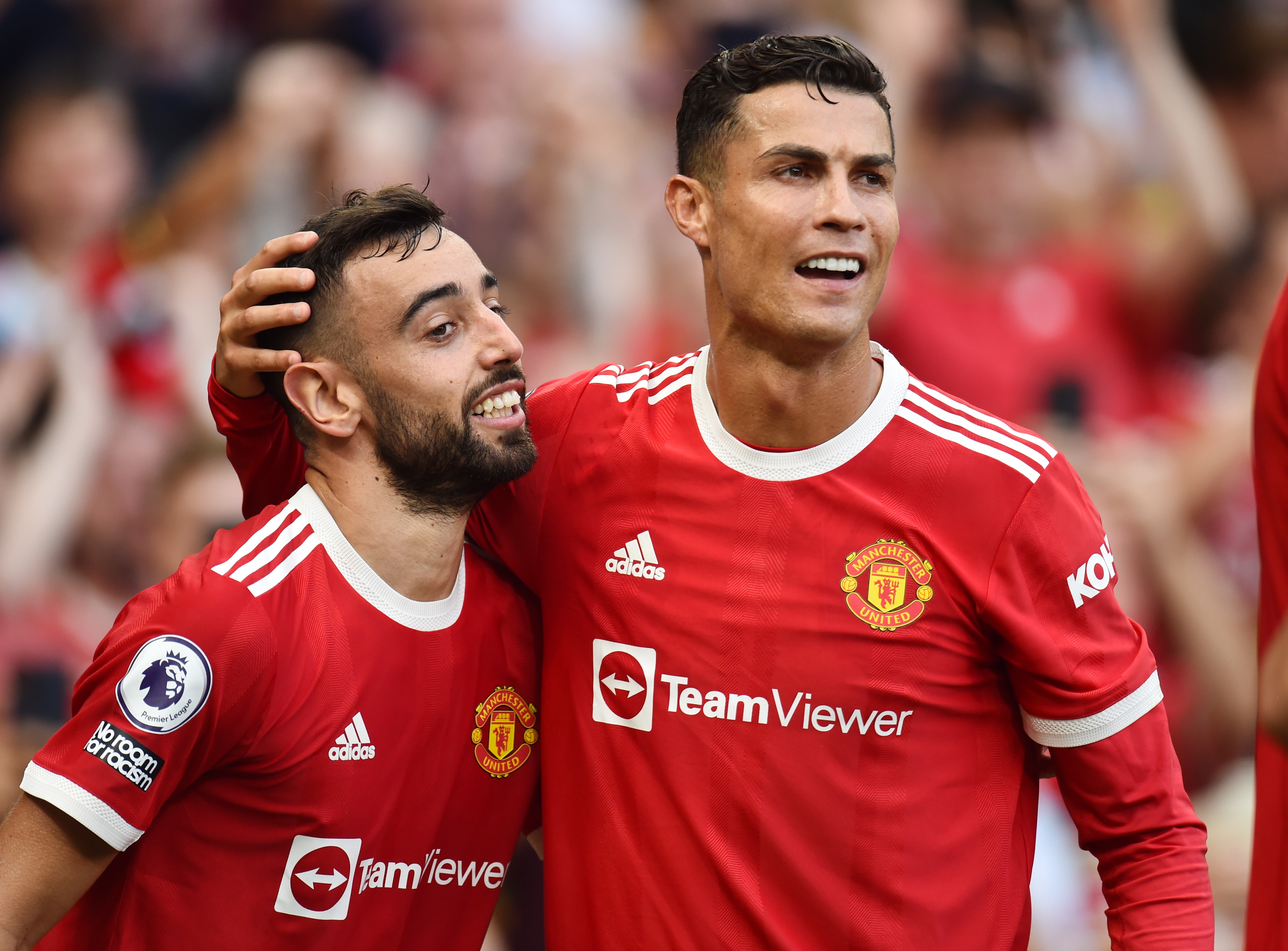 His pace always makes him a danger and his direct runs caused Manquillo problems.

But despite his electricity, it was his slow decision making that let him down a bit today.

He took a second too long to pull the trigger after being played in by Fernandes, allowing Lascelles to block before then wasting a chance to cross for the free Ronaldo – who let him know exactly what he felt.

Was replaced for the last 25 minutes by Jesse Lingard.

From the moment he danced past three defenders and fired into side-netting from the left and then produced a cheeky backheel seconds later it felt just like the old times.

The swash-buckling wideman he may be no longer, but the forward’s movement is still impressive.

Having a pop at Sancho for not crossing to him earlier, Ronaldo still demands the very best.

He won’t score an easier goal than the tap-in for his first but his second showed his killer instinct in full force as he was slipped in by Luke Shaw and rifled the ball through the keeper’s legs.

THE KING IS BACK! 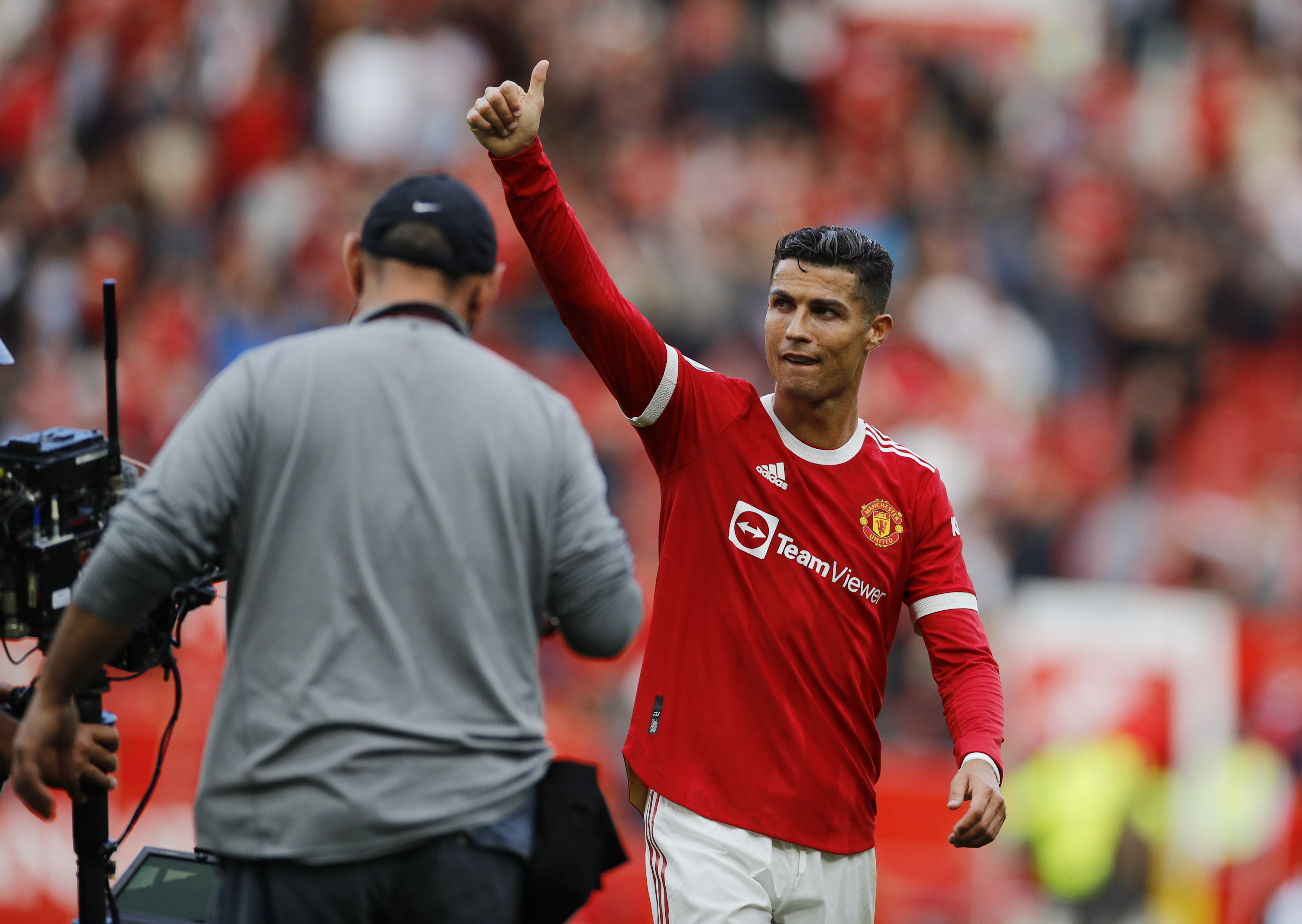 Buzzed about trying to make things happen but struggled to get going until his excellent finish made it four in stoppage time.