CRISTIANO RONALDO signed Sergio Ramos' Spain shirt after the 0-0 draw with Portugal – with the pair speaking for first time in two years, according to reports in Spain.

The pair – long-time team-mates at Real Madrid – are said to have fallen out after Luka Modric won the 2018 Ballon d'Or instead of Ronaldo, according to Marca. 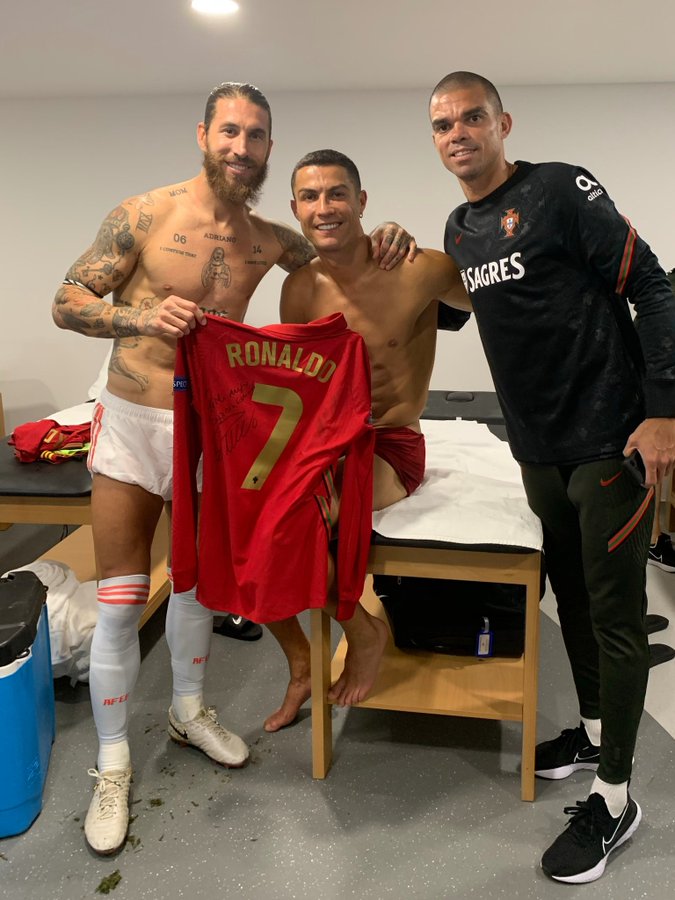 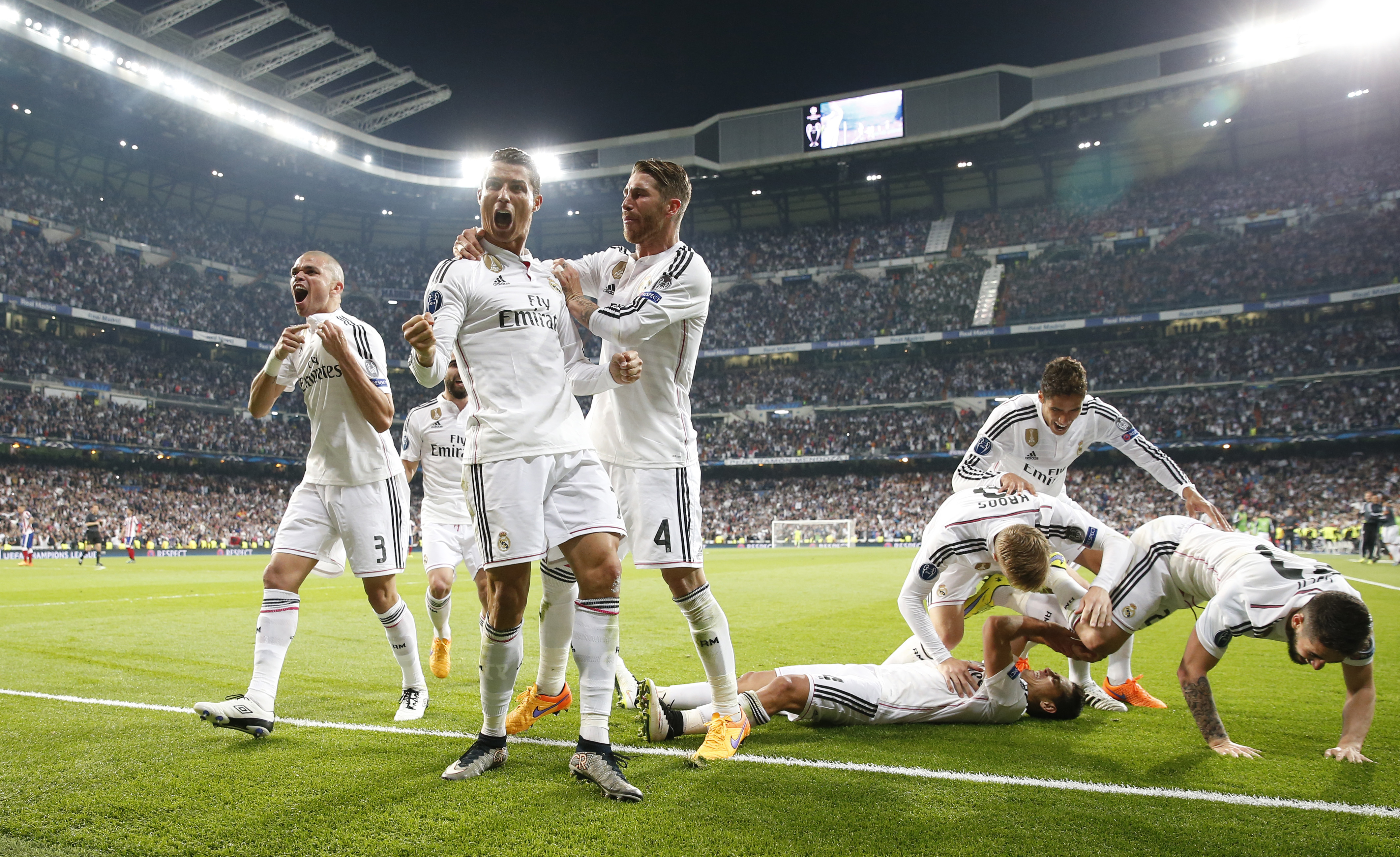 Ramos famously gave his vote to Modric that year, preventing Ronaldo from making it Ballon d'Or No6.

But it appears they've put the past in the past after meeting up after Spain's friendly draw with Portugal on Wednesday night.

After the game, Ramos and Ronaldo met up in the changing rooms, alongside another former Los Blancos star, 37-year-old Pepe.

Ronaldo, 35, is said to have written 'for my friend Sergio, all my love' on Ramos' shirt.

The Spanish defender, 34, posted the picture of himself with Ronaldo and Pepe on Instagram.

Ramos captioned the picture: "We're still around… and there's more to come!

"Happy to see you, my friends @cristiano @official_pepe."

Despite leaving to join Juventus in 2018 on good terms, Ronaldo reportedly felt shunned when Ramos backed team-mate Modric for the 2018 Ballon d'Or. 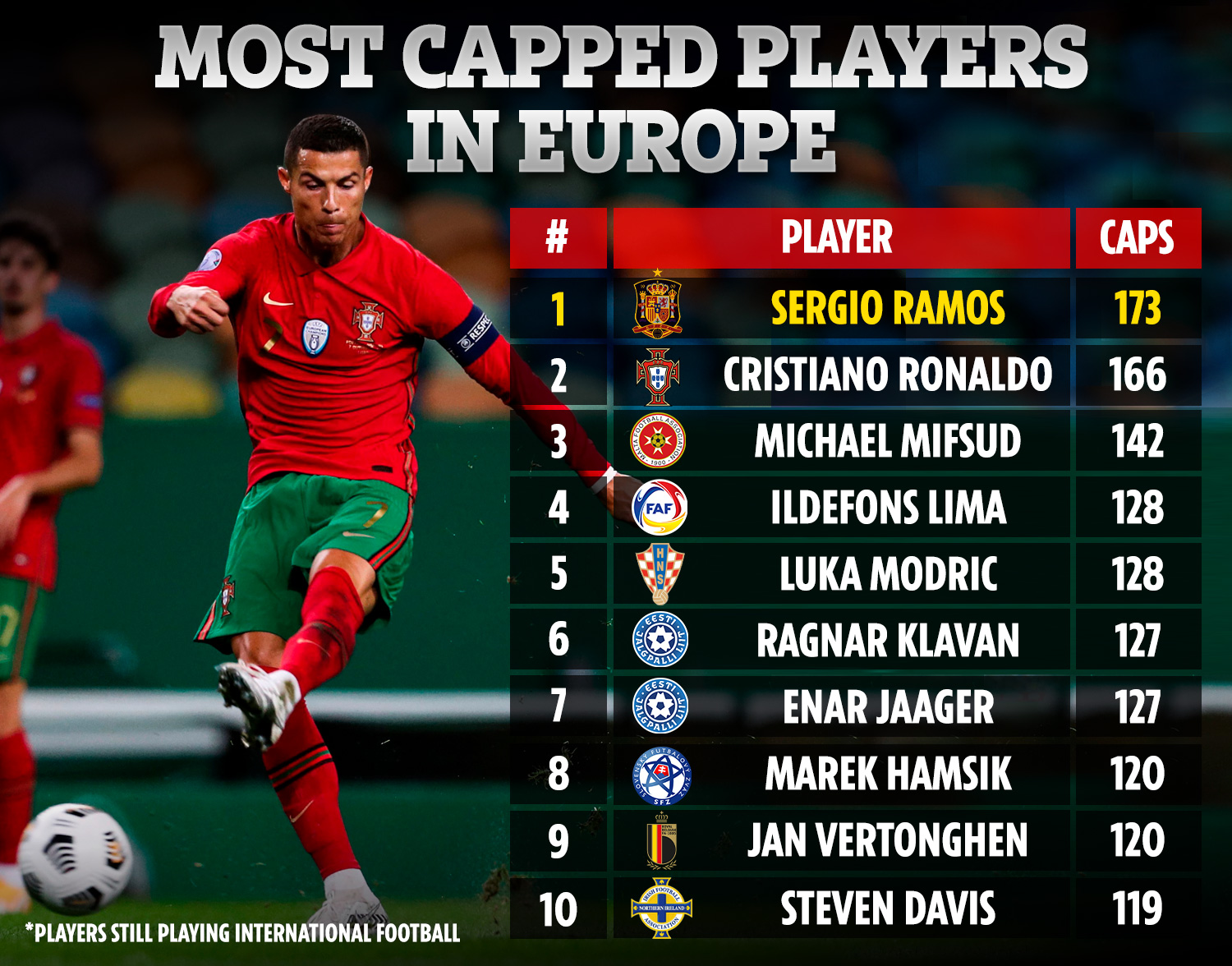 The Croatian World Cup runner-up won a landslide victory with 753 voting points as Ronaldo came second – way back on 476.

Ronaldo, who won his fifth and most-recent crown in 2017, then failed to attend the awards ceremony last year when Modric handed over the trophy to Lionel Messi.

It is thought his relationships with many of his Real pals has broken down – with the exception of full-back Marcelo.