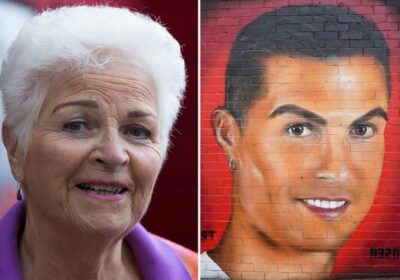 IT’S the latest in a long line of dubious tributes to Manchester United talisman Cristiano Ronaldo.

A mural of the star has been painted to honour his return to the city after 12 years away. 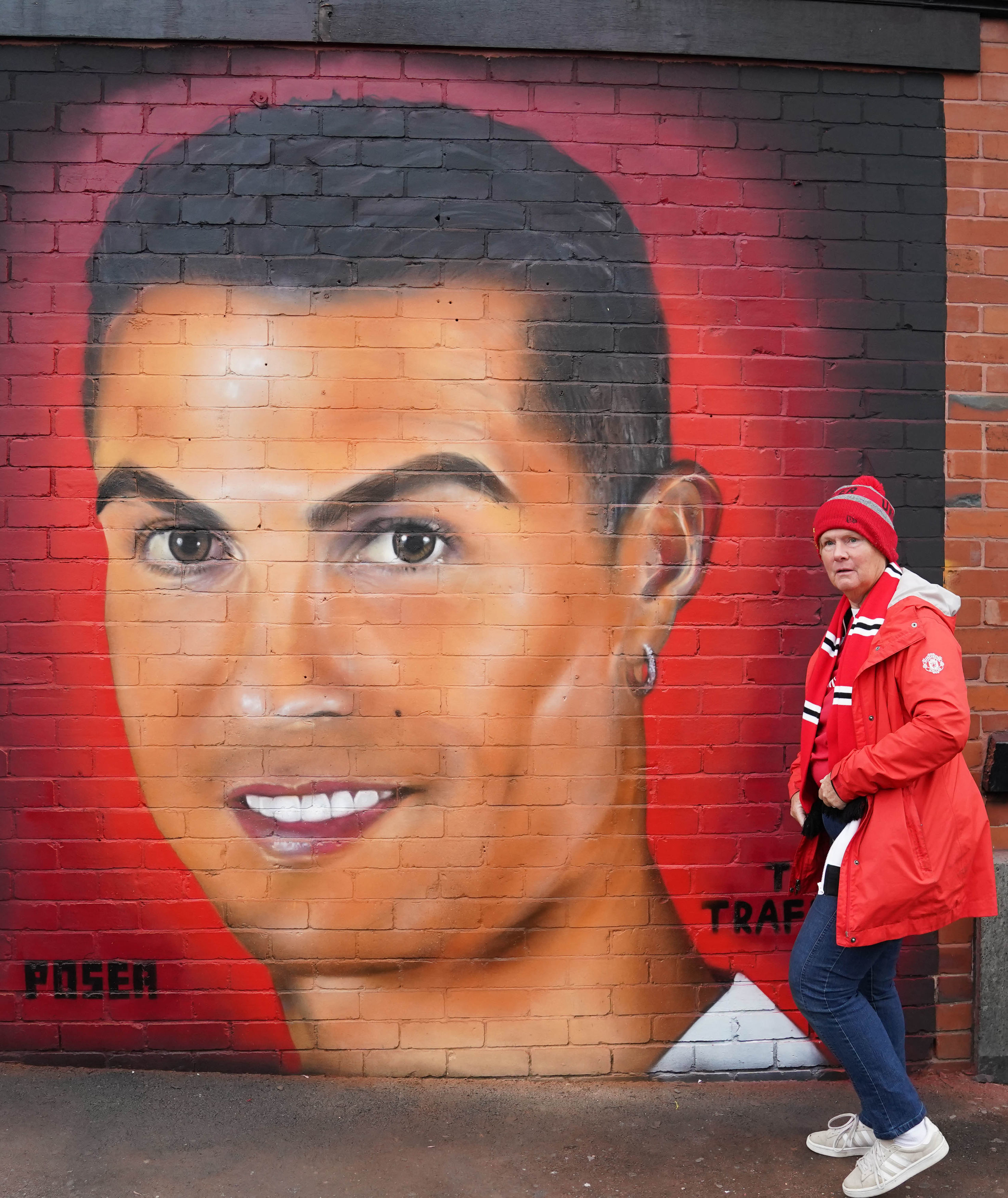 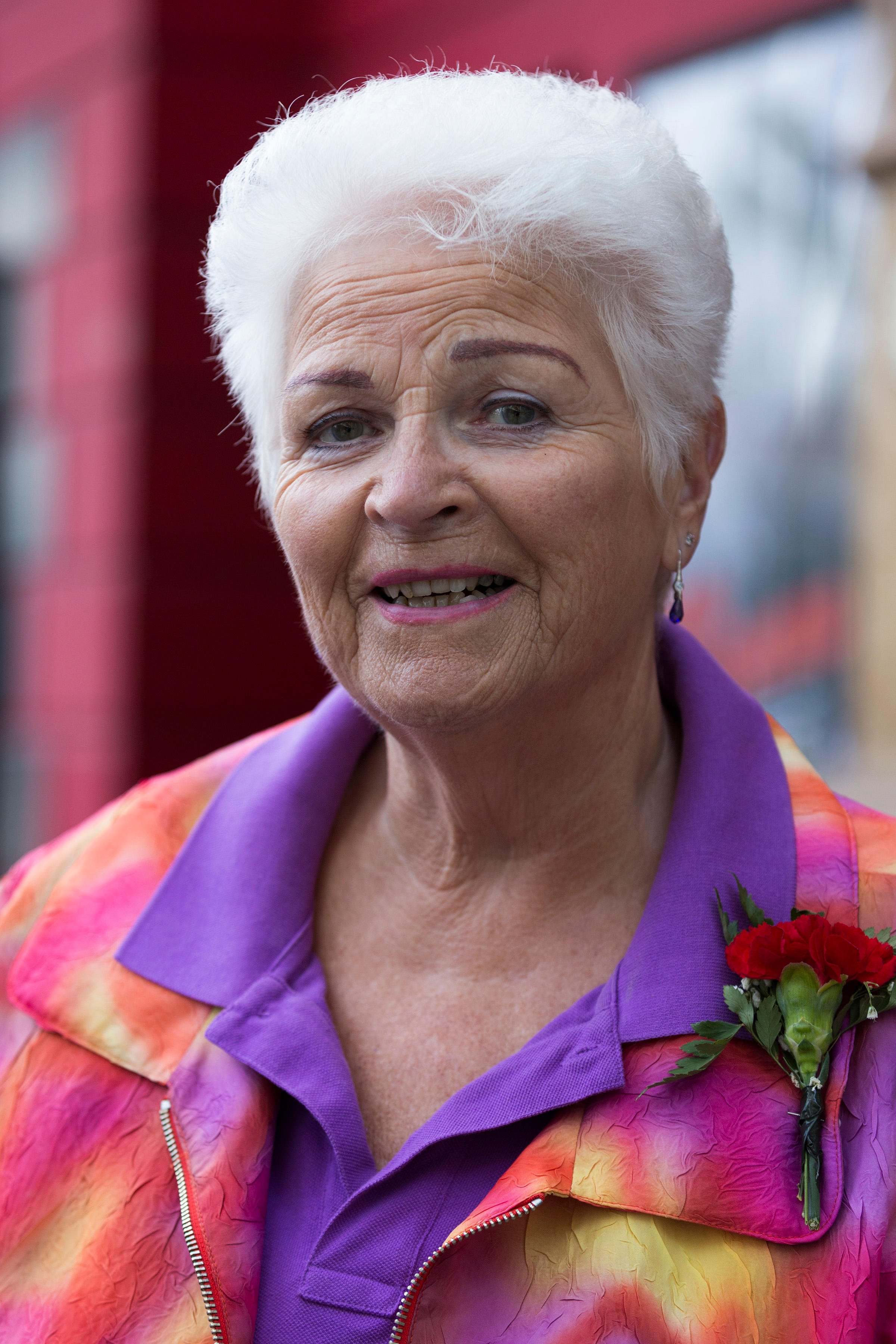 But fans are claiming the picture outside The Trafford pub looks more like EastEnders character Pat Butcher than the five-time Ballon d’Or winner.

And United fans were not afraid to have their say after the club posted a snap of the mural on their Instagram account.

Fan ‘dipsMUFC’ wrote on Twitter: “Is it me or does that ‘Ronaldo’ mural look more like Pat Butcher? Just missing the earrings.”

User ‘Arlandria_II’ wondered if the mural had anything to do with his performance in United’s 1-0 loss to Aston Villa.

She wrote: “Did Ronaldo not turn up today because he was still posing for that lovely mural?”

And fan ‘SpiderManc1305’ posted a jokey photo combining the mural with another infamous likeness of the forward. 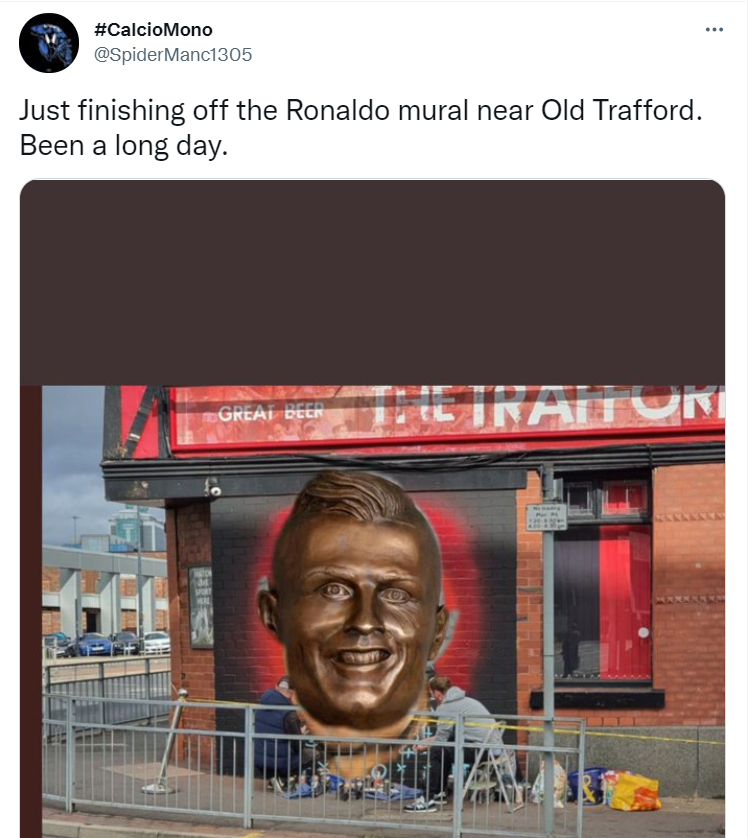 That statue was unveiled at Madeira airport in 2017 before being deemed so bad it was replaced with a new effort.

The man himself was unimpressed by the bust and it was quickly swapped for a second attempt.

Ronaldo and his United team-mates are unlikely to be having a celebratory pint in the Trafford on Saturday night.

They slumped to a disappointing defeat by Villa as Ronaldo’s Portugal team-mate Bruno Fernandes missed a penalty to equalise at the death.