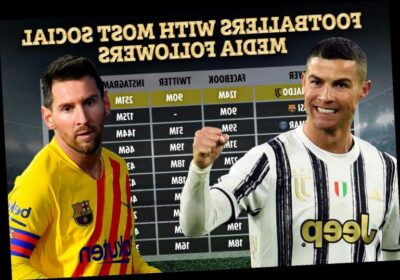 CRISTIANO RONALDO boasts the most social media followers of all the footballers in the world. 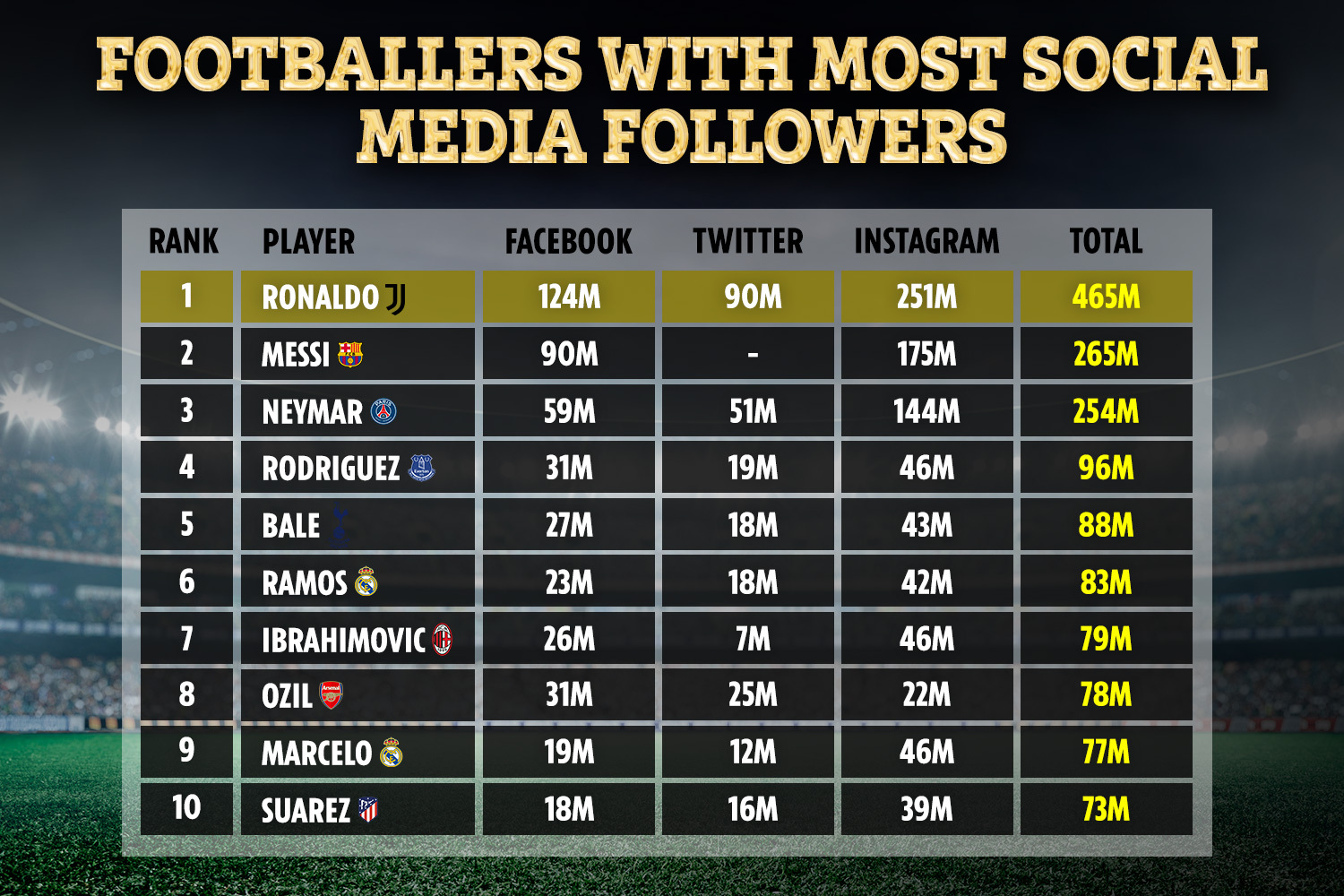 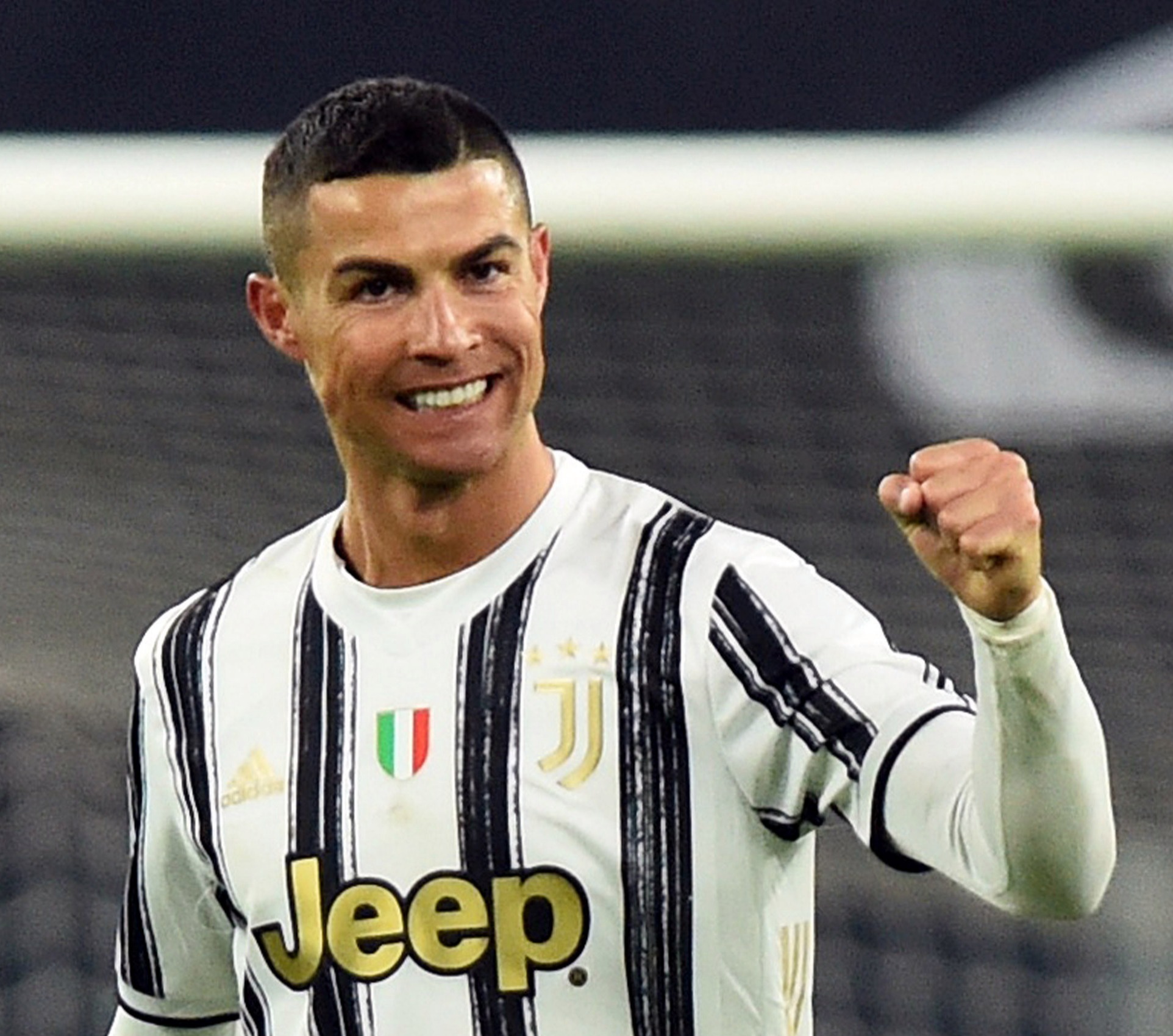 Other than Instagram's own Instagram account with 382m followers, Ronaldo's page is the most followed of anyone in the world – beating the likes of Ariana Grande and Dwayne 'The Rock' Johnson to top spot.

It means Ronaldo has a total of 465m social media followers.

His great rival Lionel Messi is way back on 265m thanks to his 90m Facebook followers and 175m on Instagram, placing him eighth on the worldwide list despite 'vanishing' last year.

However, the gap would be a lot tighter than 200m if Messi had Twitter, with the ratios suggesting the Argentine would have around 65m followers.

Messi pips former team-mate Neymar in second, with the Paris Saint-Germain star boasting a total of 254m, 144m of which are on Insta.

Then it is a long way back to fourth place with Everton and Colombia hero James Rodriguez.

Serie A's other representative, Zlatan Ibrahimovic, is next with 79m followers.

The Sweden hero edges Arsenal outcast Mesut Ozil who has 78m – 31m on Facebook, 25m enjoying his timely tweets about the Gunners and 22m on Instagram.

Interestingly, all of the group have played for Barcelona or Real Madrid, demonstrating the global following of the LaLiga giants.

Kylian Mbappe may have 46m Instagram followers – more than four on the list – but just 8m across the other two. 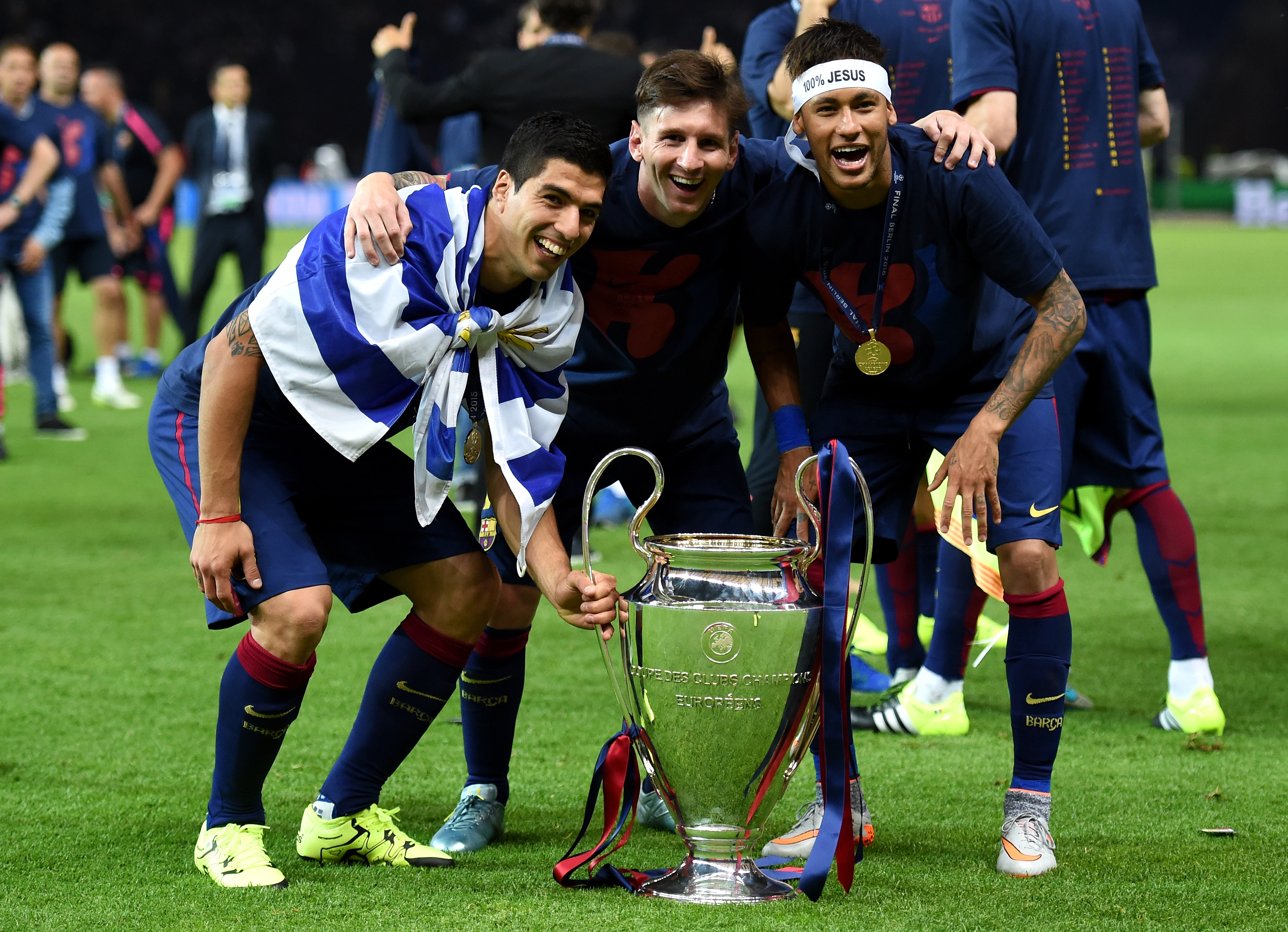 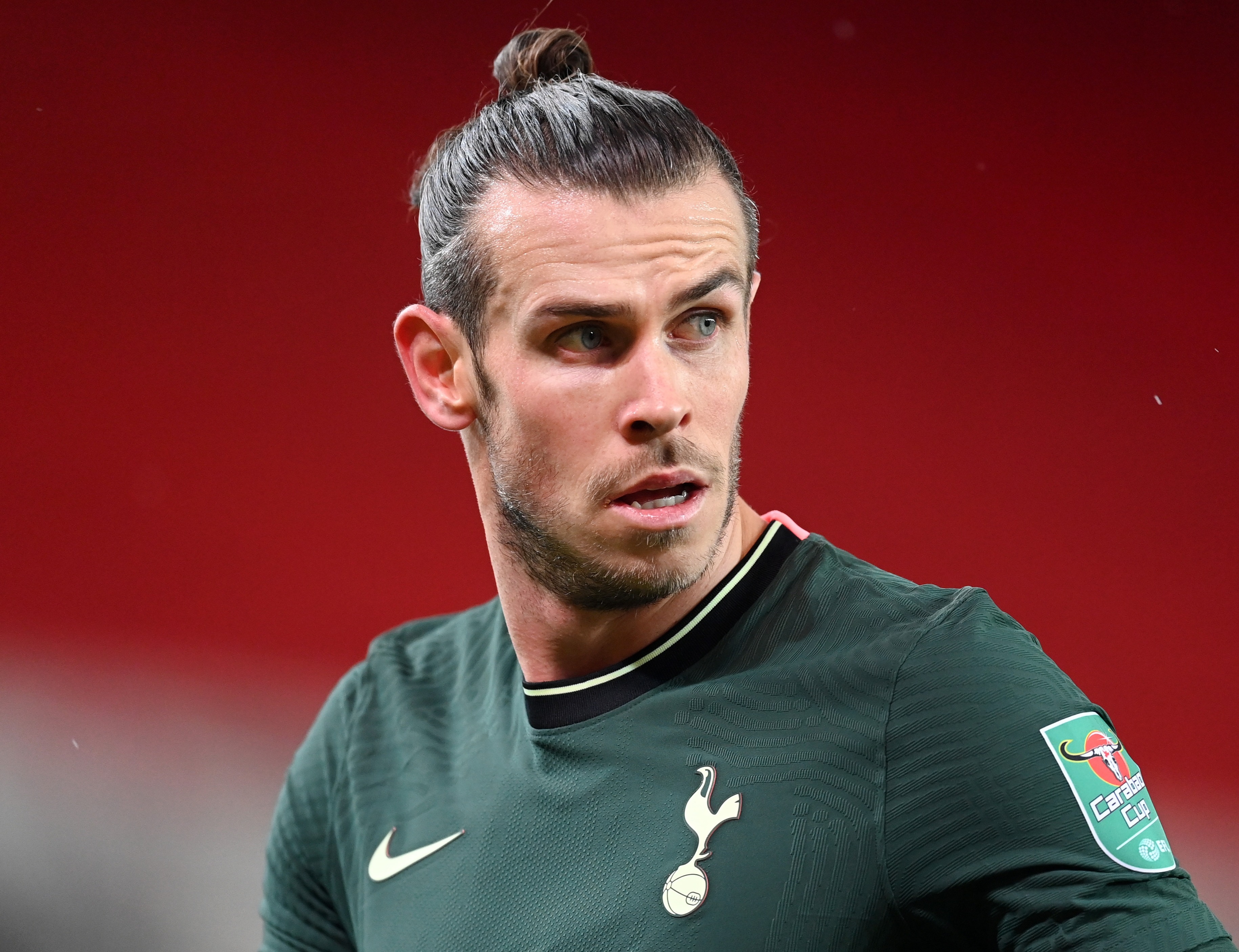