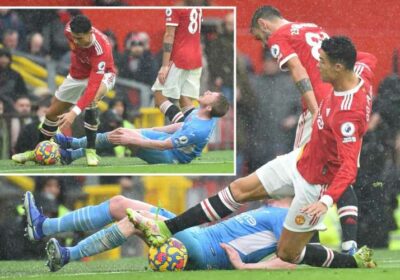 Ronaldo cut a frustrated figure once more at Old Trafford as United were completely outplayed by rivals City, who won 2-0 thanks to an own goal by Eric Bailly and a goal by Bernardo Silva. 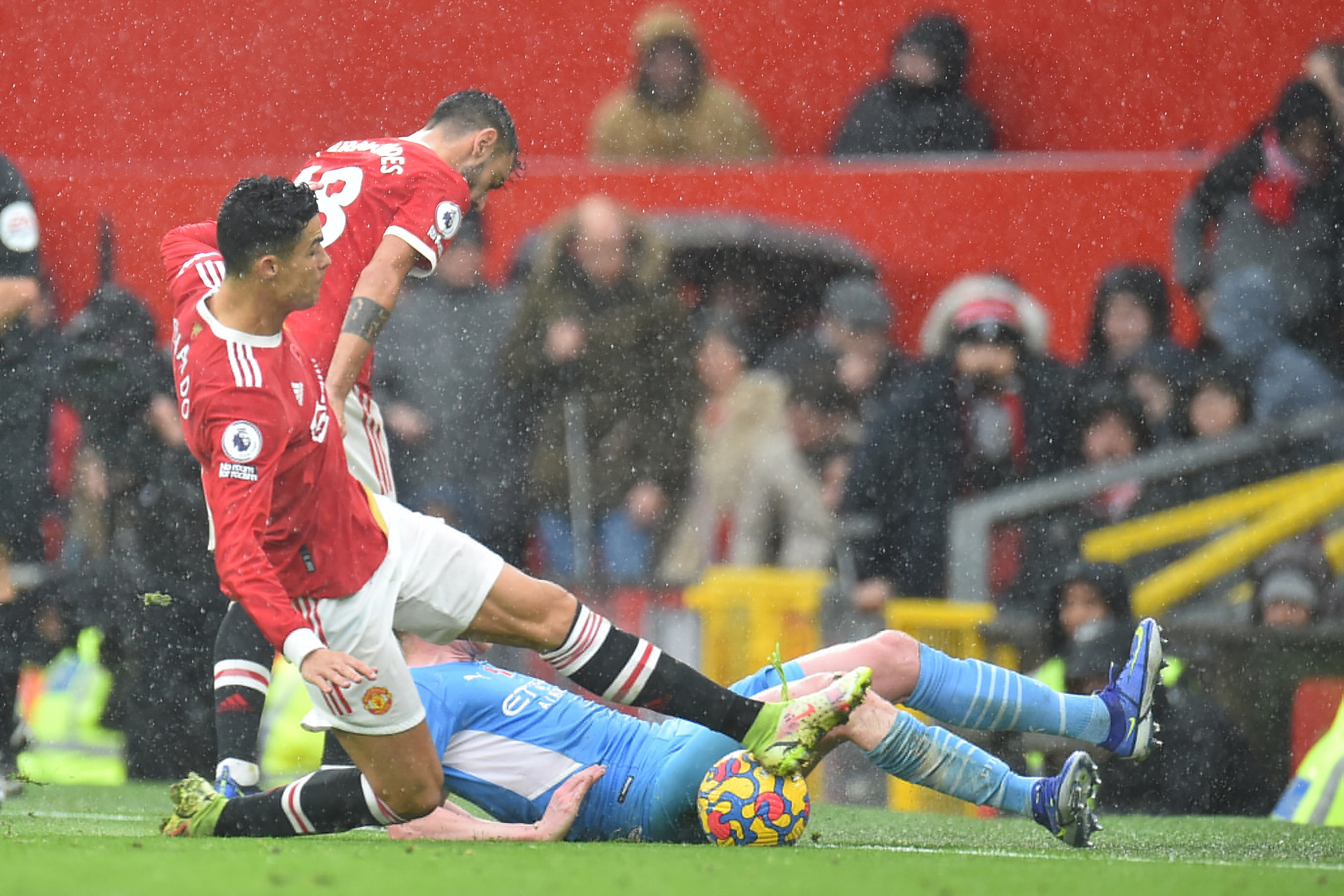 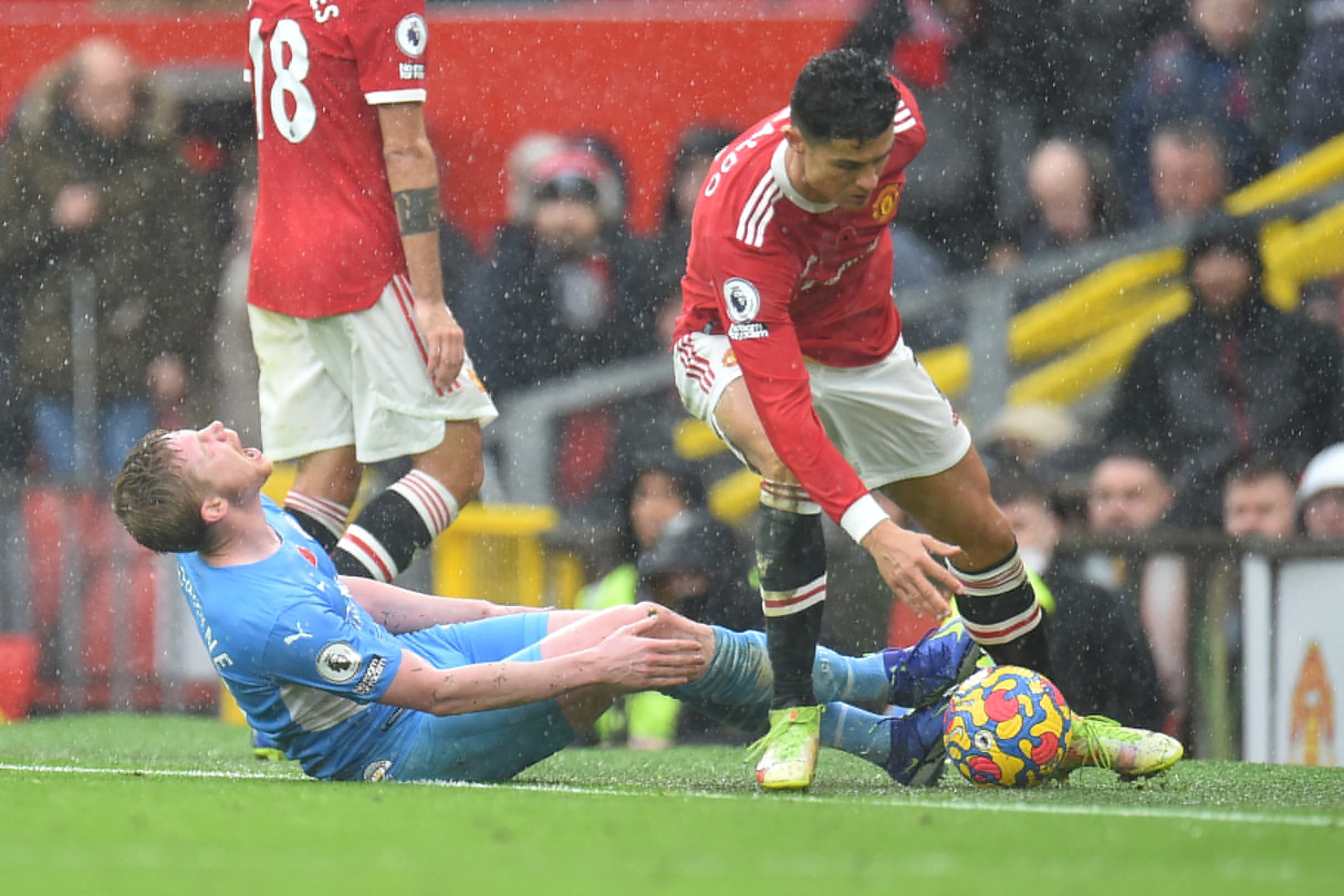 Trevor Sinclair, who spent four years at City, believes the five-time Ballon d'Or winner's anger showed when he launched into De Bruyne with a "cheap" tackle while the playmaker was already down.

Sinclair believes the star forward "got away" with it the same way when he appeared to be lashing out at a fallen Curtis Jones two weeks ago when the Red Devils lost 5-0 to Liverpool at home.

The former England international told talkSPORT: “That’s a cheap one.

“The challenge initially went in from [Bruno] Fernandes, and as he’s down on the floor after being fouled, Ronaldo launches into that.

“I know it’s only one foot, but he’s jumped in with his studs showing. I thought it was a little bit naughty.

“It’s a little bit of frustration, but it’s not OK. I hope De Bruyne is OK because it’s a really poor challenge.

“It’s a coward’s challenge. He’s got away with a couple, the one with Curtis Jones as well.

“He’s got a temper because he’s a winner. He doesn’t like losing.”

However, the Manchester giants have still been enduring some inconsistent performances that have seen them dropping to sixth place in the Premier League table.