Cowboys' Trevon Diggs possibly out for the season with broken foot: report 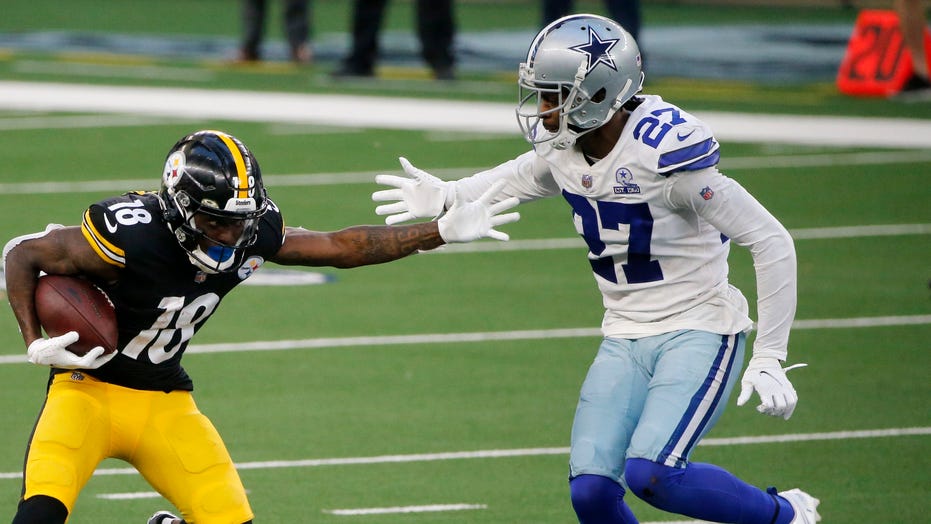 The Dallas Cowboys’ roster took another blow this week after reports on Tuesday revealed that rookie Trevon Diggs could miss the rest of the season with a broken foot.

Sources told the NFL Network that Diggs suffered a fractured bone in his foot during Sunday’s loss against the Pittsburgh Steelers and will be out four to six weeks — likely ending his season.

Cowboys owner Jerry Jones confirmed during an interview with KRLD on Tuesday that Diggs did suffer a foot injury sometime during the game but didn’t provide further details as to how long he would miss.

"I don't know the prognosis in terms of long he'll be out. I do know that he's got the issue with his foot – again, I do not know the ultimate length of time that he'll be out," he said.

The Cowboys came close to handing the Steelers their first loss of the season but were unable to stop Ben Roethlisberger in the fourth quarter — something Jones said now makes sense considering Riggs’ injury.

PATRICK MAHOMES SPLITS $100,000 BILL WITH CHIEFS TO OPEN UP ARROWHEAD STADIUM  FOR VOTERS

"We all were wondering, when we had Pittsburgh on their own goal line … how in the world we weren't up there with Diggs on top of those receivers and letting them have that gift to the outside for about three straight," he said.

“He was playing with a lot of courage … It was obvious he was limited.”

The second-round draft pick has done well for Dallas’ defense. He ranks third on the team with 47 tackles and leads with two interceptions and 10 pass breakups.

The Cowboys have been plagued by a number of injuries –  most notably at quarterback.

Dak Prescott is out for the season after breaking his ankle in Week 5 against the New York Giants. Two weeks later, Andy Dalton was knocked out of a game in Washington because of a concussion and has since been placed on the COVID-19 list. Garrett Gilbert got his first NFL start for the Cowboys on Sunday after Ben DiNucci’s lackluster performance against the Philadelphia Eagles in Week 8.