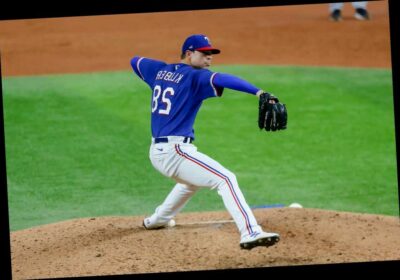 Yankees, Mets have something special in mind with reliever signings

How Masahiro Tanaka’s Yankees legacy measures with the greats: Sherman

Corey Kluber has pitched eight games in the past two years and he’s one of several starters the Yankees are counting on to have bounce-back seasons, with fellow newcomer Jameson Taillon and Luis Severino coming back from their own injuries.

Just like everyone else looking at the Yankees’ starting staff, Kluber knows there will be questions until they show they’re healthy — and can stay that way.

“It’s like any rotation any year,” Kluber said on a Zoom call Thursday. “You can feel as good as you want about it in January, February [and] March, but I think it’s all about that process of getting through a spring training and getting ready for a season and hitting the ground running when you do. And then staying consistent [as a rotation].”

For that to happen, Kluber and Taillon in particular will have to prove they can stay on the mound.

The 34-year-old Kluber was sidelined in 2019 by a fractured right arm suffered when he was hit by a comebacker and then lasted just one inning last season before a shoulder injury ended his year.

“I consider myself to be healthy at this point,’’ Kluber said. “I’m not rehabbing anything or tending to any issues lingering with anything. I’m basically at the normal stage of my offseason right now, which is a good feeling to be at: to be out of the rehab mode and just try to get ready for the season.”

Prior to the last two years, Kluber went a stretch of five straight seasons in which he pitched at least 200 innings and had a combined ERA of 2.85. He finished in the top three in the AL Cy Young Award voting four times and made three consecutive All-Star teams during that span.

The Yankees invested $11 million in Kluber for 2021 in an offseason in which they’ve acted cautiously, meaning they’re confident he can return to form. And they should know; Kluber rehabbed with the team’s director of player health and performance, Eric Cressey, and worked with pitching coach Matt Blake when both were in Cleveland.

“I think that familiarity for me definitely was a good thing,’’ Kluber said. “Going through a couple different things the last two years, having that familiarity with both Eric and Matt is something that I considered when making this decision.’’

Kluber believes he can be the pitcher he was before the setbacks and doesn’t think he’s had to alter anything in their aftermath.

“I don’t feel I’m trying to do something different because of the injuries,’’ Kluber said. “I feel like in 2019, I got pretty out of whack with my delivery and stuff and … over that summer I spent a lot of time correcting those issues to where now, I feel the way I like to feel. I can go out there and throw like I did when I was at my best.”

That peak was pretty high. Kluber helped lead the Indians to three straight postseason berths — and he was Cleveland’s ace each year.

He’ll be joining a team with a clear No. 1 in Gerrit Cole, but it’s anyone’s guess how the rest of the rotation will fall into place.

Kluber is still trying to adjust his mentality to preparing to pitch a full season instead of just getting over an injury.

“It’s a matter of overcoming the mental aspect of it as opposed to the physical,’’ Kluber said. “I think what I feel I’m working on right now, as far as getting ready for the season, is kind of getting out of the rehab mindset — where you’re kind of trying to work through things or feel for things — to get to the point of trying to execute pitches. And hopefully when we get to have hitters in the box, I’m not worried about a delivery or anything like that. You’re just trying to get outs.”