Home » Sport » Colleges Are Cutting Varsity Sports. That Could Be a Good Thing.

Colleges Are Cutting Varsity Sports. That Could Be a Good Thing. Few of the cut programs will perish, instead transitioning to club teams that allow athletes to continue playing more on their terms, without the strain of the N.C.A.A. rule book. 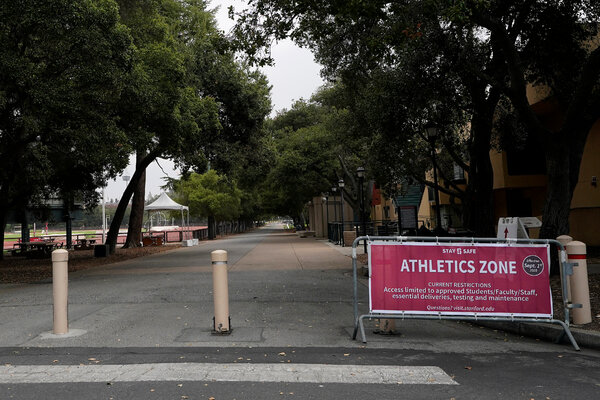 Heads are starting to roll now, over the defunding of varsity athletic teams at colleges and universities across the country. Samantha Huge, the athletic director at William & Mary in Virginia, resigned under pressure last week, just a month after cutting seven sports from her department in an attempt to balance an unwieldy budget made worse by the coronavirus pandemic.

Huge won’t be the last. Since April, more than 250 teams in about two dozen sports have been eliminated across collegiate sports, including all three N.C.A.A. divisions, affecting schools like Minnesota, Iowa, Dartmouth and Connecticut.

Many are pushing back against the cuts: athletes and alumni of these programs; politicians; and of course, the entrepreneurs at the center of the $30 billion-plus youth sports industry — from recruiting services to travel tournament operators — helping families chase coveted N.C.A.A. roster spots for their children.

With fewer incentives for return on family investments in youth sports, dire predictions have been made about declines in youth participation, in Olympic medalists, even in the health of the nation.

I’m not so sure about any of that.

Let’s take a step back. Since the early 1990s, according to the N.C.A.A., the amount of athletic scholarship aid dispensed at member institutions has grown to $3.5 billion from $377 million, with much of that bump because of the drastic rise in the cost of tuition. Official recruits also get preferential admission to selective colleges, a perk that has been known to drive some wealthier families to extremes. See Operation Varsity Blues.

These incentives have transformed the landscape of youth sports, and not for the better. Children who flash early talent have more reason to train hard. But they are often specializing in one sport by age 12, suffering burnout and overuse injuries that were once rare, while families who can spend thousands of dollars a year on scouting showcases effectively push aside those with fewer resources. Children from the lowest-income homes in the United States were playing sports at half the rate of those at the other end, and that’s based on data gathered before the onset of the pandemic, which may only widen the divide between sports’ haves and have-nots.

Reducing the number of varsity teams will mean fewer athletic scholarships, but also potentially less money spent pursuing them and more university support for other forms of campus sports.